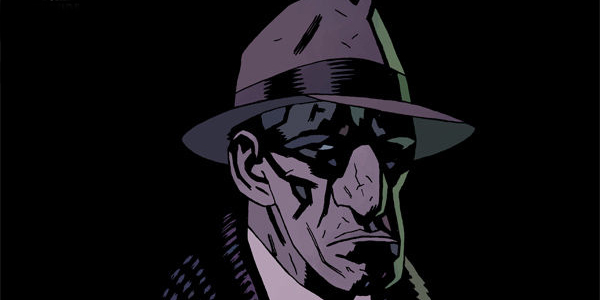 Dark Horse’s detective series creeps back onto the racks this week. Does it rise to the standards set by the the stellar #0 issue? Keep reading to find out! 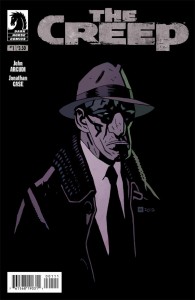 I’ll start right off by saying that John Arcudi and Jonathan Case have crafted one of the most realistic and easily relatable characters in all of comics. I’ve connected with Oxel and his unfortunate condition more in just two issues of The Creep than I have with just about any other character in the medium. He’s so easy to sympathize with, thanks to Arcudi’s delicate and nuanced character work and Case’s expressive artwork. In every aspect of his life — in both public and private situations — Oxel’s condition (Acromegaly) makes even the smallest of interactions stressful.

Picking right up after the events of last issue, we see Oxel going through the photos of Curtis, the young man who recently killed himself out of the blue and whose suicide Oxel is investigating. It’s obvious at this point that the case is getting under Oxel’s skin when he loses his temper at a prostitute who accidentally spills a drink on one of the photos. This scene shows another small but noteworthy detail about Oxel’s life; he went from a handsome guy in college with a beautiful girlfriend to having to build a relationship with a prostitute. Another side effect of his condition.

A main focus in this issue is Oxel’s interview with Curtis’s father. Not long into it, Oxel starts sweating profusely and is offered some Oxycodone for his headache. Finally back in his New York apartment after a strange subway ride home, the drug kicks in and knocks him out when he’s seemingly on the verge of a breakthrough in the case.

Everything about this comic comes together perfectly. While I personally focus on all the small details of Oxel’s condition and how he deals with them, it could be read just as well as an absorbing mystery with a highly complex lead character.

Either way, you just need to read it.