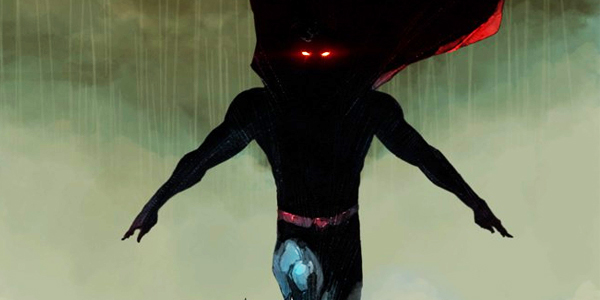 This week, Superman gets his finest treatment in years, Dark Horse brings us another classic Conan tale, and X-O Manowar sees an explosive ending to it’s latest story arc. 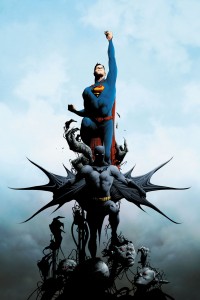 Greg Pak, who wrote 2011’s excellent Red Skull mini-series, and the imitable Jae Lee kick off a new series this week which focuses on a crossover between the titular characters that pre-dates their other appearances in the new 52 timeline.  The book wastes no time introducing their first encounter, although it was handled in a way that I hadn’t expected.  It’s actually a disguised Bruce Wayne who crosses paths with Clark Kent, neither aware of the other’s superhero persona.  Pak does a brilliant job setting a situation in which the reader will immediately understand the contrasting personalities of the two, but does so with subtlety and grace.  The readers know these characters by now and understand what makes them tick, but it’s great to see them presented in such a dark, raw fashion.  Lee, along with colorist June Chung, handle the art for the majority of the issue (up until a purposeful stylistic change takes place in the last few pages when the story takes an interesting turn) and is one of the few books worth checking out for the art alone.  There is something about Jae Lee’s style that I can’t get enough of — balancing harsh, inky tones with a delicate fluidity that turns every panel into a jaw-dropping work of art.  A villain of sorts is introduced here, but their identity and motivations are left completely unexplained, instead leaving the issue to focus on character introductions and basic story set-ups.  Still, with plenty of action and a gripping script, I’m extremely eager to see what the future holds for this book. 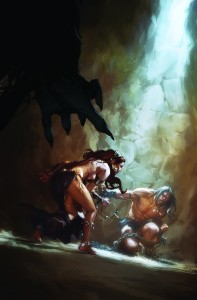 King Conan: The Hour of the Dragon #2

Tim Truman and Tomás Giorello, two of the most talented creators to be in the Conan pantheon, are back to work recreating another of Robert E. Howard’s great novels.  Following their outstanding work on The Scarlet Citadel and The Phoenix on the Sword, The Hour of the Dragon begins with a similar premise – an older, grizzled Conan, now King of Aquilonia, recounts some of his greatest adventures for a scribe who has been commissioned to chronicle them.  Fans of Dark Horse current Conan the Barbarian series will love this story as it involves the second love of Conan’s life, after he lost Bêlit.  The tale begins where the aforementioned stories left off with Conan’s foes seeking revenge and to restore Aquilonia’s throne to its “rightful” heir, enlisting the help of the powerful sorcerer Xaltuton.  Following a similar formula to that of The Scarlet Citadel, Conan is captured – overcome by Xaltuton’s black magic – and locked away in a dungeon filled with unspeakable evil until Zenobia, a sympathetic girl from the palace’s harem, comes to his aid.  The patient tone of King Conan’s narration contrasts the fury of his younger self, whose brash actions and violence-prone warrior mentality are a joy to experience.  It isn’t until he first lays eyes on Zenobia, who he will eventually vow to make his Queen, that Conan relaxes his guard for an instant, taken back by her beauty.  Fans already know that this series will yield some awesome moments from the original epic story but those new to the character will find a lot to love here — this is quintessential Conan. 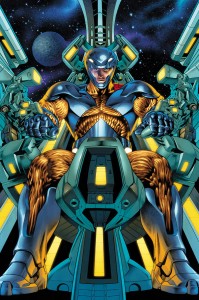 Holy hell, I love this series, and this issue is basically what the entire run has been leading up to – the final chapter in the “Planet Death” saga.  Aric of Dacia needs to unite all imprisoned and enslaved races held captive on the Vine’s home planet of Loam against their captors for one last assault.  Meanwhile, the Vine’s high council has plans to escape Loam and destroy the entire planet from an orbiting Sky Array of massive power, along with Aric, the armor, and every inhabitant still on it.  Writer Robert Venditti has crafted such a strong and satisfying story over the last year that’s just been a joy to follow.  Aric’s journey has been tumultuous one, having been abducted, witnessing so many of his comrades killed, being displaced in time, and above all, being bestowed with one of the most powerful weapons in the universe.  The way that he wields the Armor of Shanhara though, especially in this latest issue, shows Aric growing as a character – not so much bent on revenge as much as wanting to achieve justice.  He works to free not only the slave races, but also the Vine defectors who are loyal to Shanhara from their oppressive council leaders.  The action setpieces in this entry are absolutely epic and the pages seem barely able to contain them while the finale is surprisingly heartfelt and beautiful.  The only question remaining after this nice little wrap is – where does the story go from here?