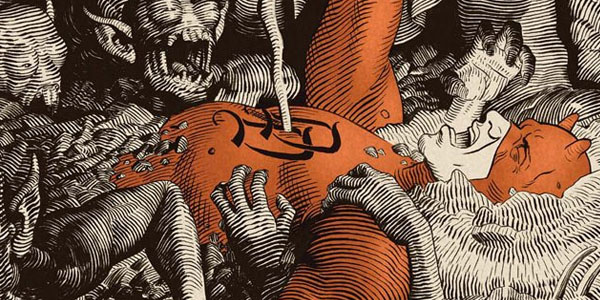 After returning from a whirlwind week in Paris, France where I was lucky enough to experience the comic culture firsthand (they LOVE comics over there), I’m back to the familiar racks of the États-Unis.  Next week will finally bring the arrival of the hotly anticipated Avengers vs. X-Men #1, but this week still has plenty of incredible comics on offer. 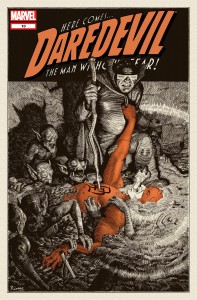 It’s hard to believe that Mark Waid’s Daredevil run is already on its 10th issue, but luckily he hasn’t lost a bit of steam.  After the Man without Fear cleverly frees himself from the jaws of a terrifying maw he tracks down Mole Man to his underground palace and discovers why he ordered his Moloids to steal hundreds of caskets from a graveyard.  The truth actually manages to be pretty affecting, as it delves deep into the Mole Man’s psychotic ways and portrays him as a pitiful, lonely little man.  His origin is revealed and it’s hard not to feel sorry for Dr. Harvey Elder, the blind and grotesque romantic who wanted nothing more than to be treated like a normal human being.  More depth is given to this relatively minor villain in just a few panels than some writers portray in entire story arcs.  After a greatly choreographed multi-staged battle between these two blind warriors that Paolo Rivera handles with ease, we discover the true motives of Black Cat and witness how Matt’s status as the most dangerous man on Earth might finally be getting to him.  Daredevil #10.1 hits shelves next week, followed by the Spider-Man/Punisher/Daredevil crossover that spans the entire month of April.  That’s a lot of the horned hero to look forward to! 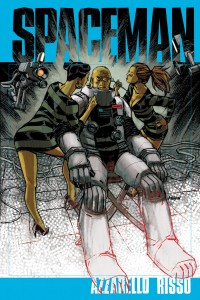 This month’s Spaceman starts off with an incredibly tense scene depicting Orson in very real danger yet again.  This time he’s at the mercy of a group of thugs led by his “friend” Lilly who wants Tara for her own purposes.  It’s really becoming clear at this point in the story that Orson has gotten himself into a situation that he isn’t prepared for and that will probably cost him his life.  He does manage to escape with some clever booby-trapping and he brings Tara further out into the open when he starts to have more flashbacks of him and his crew of spacemen mining for gold on Mars.  The strange language is laid on very thick through this sequence and, as usual, it took a few read-throughs to really understand what they were saying.  Luckily comics are a visual medium and Eduardo Risso’s artwork clearly conveys the action that is sometimes bogged down by the zany language, so the story remains easy to follow.  This issue further shows just how many eyes are on Orson, especially now that he’s been found by a few of Tara’s trackers.  The way Azzarello ends this issue had me completely on edge and it couldn’t be clearer that things are about get hectic very soon, and in a big way. 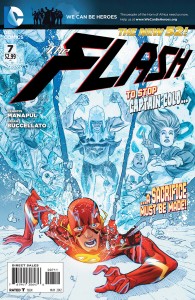 The Flash continues his speed-of-light dash towards heady science-fiction mayhem in the pages of the seventh issue.  In the process of ending his plight with Captain Cold and saving his girlfriend’s life in the nick of time, Flash inadvertently creates another wormhole that sucks reporter Iris West into its vacuum.  Distraught that he once again screwed up one of his friend’s lives by running really fast, he attempts to create another wormhole and then run into it, with the hope of somehow finding and rescuing Iris.  Not surprisingly his plan doesn’t go swimmingly and he becomes trapped in the speed force along with a mysterious new character called Turbine.  Oh yeah, there’s also a random page with talking apes in Africa who want to conquer the world. I’m assuming that all of Flash’s wormholes and space-time distortions have something to do with this, but it still came out of absolutely nowhere and explained nothing.  Otherwise, the issue was a lot of fun and it contained tons of Francis Manapul’s clever panel layouts.  While the outlandish story certainly has its merits, the artwork is what truly draws me back to this book every month; it’s clean, stylish and just spectacular to look at.