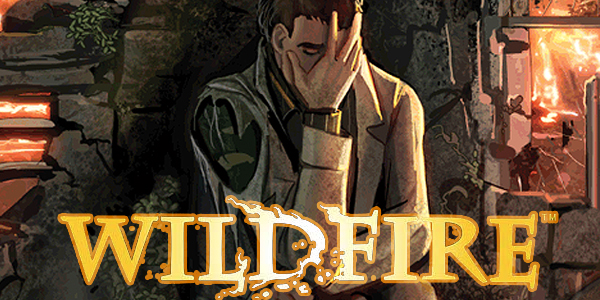 The city of angels is an inferno as the kindling keeps multiplying in Image Comics release: Wildfire #3

Top Cow Productions, a partner studio of Image Comics, released Wildfire #3 recently, the continuation to Matt Hawkins’ story about a horrific downside to GMOs. Linda Sejic is behind the beautifully burning illustrations. At the end of the last issue, hyperactive dandelions are spreading across southern California, creating more accelerant for the ever growing fire.

We pick back up with a quick recap from the warring reporters Michelle Crawford and Shelia Todd. While also being a clever way to bring the reader back up to speed, we get more of an understanding for Michelle. It’s clear the reader is supposed to like her, especially when Sejic draws her so defeated looking. You can’t help but feel a little for the woman being pushed out of her job by a bimbo in a push up bra.

We leave the brewing cat fight and head over to CalTech, where a team of government experts have set up shop to combat the blaze. We soon find Dr. Dan Miller hunched over with his head in his hands. See, this whole mess is kind of his fault, well at least he thinks so. His mentor/boss has been confirmed dead, so blame and responsibility now fall on Dan’s shoulders. He’s been asked to share with the army what he knows about the growth hormone, but before Dan’s able to give his presentation, we get a quick glimpse of what the fire is doing to the city. We also see a mass of survivors, taking shelter by the beaches to avoid the blaze. Then, it’s back to Dan, who is currently putting a room of important people to sleep. Ultimately he has no idea how to stop the plants from spreading, but if he could spend some time in the labe, maybe he could find some answers. Colonel Davis thinks he’s done enough damage as it is, and dismisses him. Before Dan can storm out of the building in a pout, Agent Chen manages to stop him and assure him that they can find some lab space. We also learn that Dan is actually bothered about his sister and his mentor’s daughter, who are together somewhere in the danger zone.

Sure enough we find them on the following page walking out of a parking garage, where they had been holed up for fifteen hours. At the top of the ramp, they catch a sight that makes them reconsider leaving the calm of their cave. The street looks like a warzone, complete with corpses strewn about. The two have to avert their eyes because the sight of charred flesh is too gruesome. That’s not even the worst part. As they walk across the street, they discover that the ground beneath the pavement is starting to give way.

Back at CalTech, we learn what’s really going on. The dandelions carrying the growth hormone were subjected to the immense heat of the fire, which caused them to spread their hormone to other plants. Now, the trees are testing positive for ACR, and the roots are growing so widely that it’s affecting the city’s infrastructure. The ACR is spreading rapidly, and Dan is the closest person with the most understanding, so it’s now up to him to save the day. The military decide that if he doesn’t find a cure soon, they’re going to have to obliterate the city to stamp out the threat. For the remainder of the story, Hawkins feeds us a page at a time from both Dan and the girl’s perspective. The girls have managed to find their way to Dan and Ashley’s house. Despite some overgrowth on the outside, the inner house is still in good condition. They look for some food while Dan has gotten into a lab and began working. He gets surprised by his colleague Mick O’Connell, who is there to help him out. Then we get to see Sejic have some real fun. The following pages are a spread of destruction as we see buildings collapse, fires continue to rage and a sinkhole open up in the middle of the street. All while an ominous rumbling typography carries the viewer through the pages.

That rumbling is another earthquake, and this one is big. Big enough to make both Dan and the girls separately know it’s time to leave. As Dan is running from the building, he spots Michelle Crawford standing by her news van while her competition is hogging the camera man. It’s cool though, because Dan is going to give her the opportunity of a lifetime. He will give her the whole scoop, if she drives him to go find his sister. She doesn’t take long to agree. They better hurry though, because the carnage is spreading. Back at Dan’s house, a giant sink hole has opened up in front of his driveway. It opened so quickly, that his poor little sister didn’t notice, and can be seen falling towards the darkness!

Wildfire #3 was hands down the best issue of the series thus far. All the pieces have been explained, the cause has occurred, now it’s time to witness some sweet destruction at the hands of dandelions. Hawkins has written an interesting story littered with real life threats. Although fiction, the fact that what’s happening in this story is rooted in the realm of possibility is terrifying. No thanks to the talents of Sejic, who paints nightmare after nightmare to fill this book with wall to wall suspense. I’ll have to cool my jets though, Wildfire #4, which is the conclusion to this first arc, doesn’t come out until October 15th.