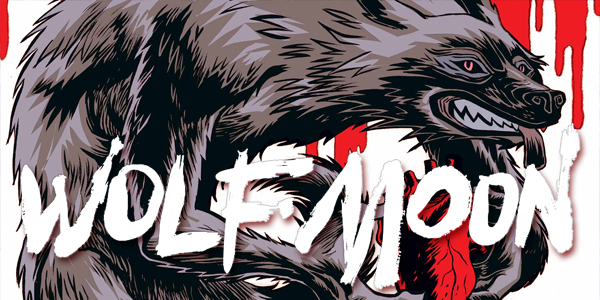 Dillon meets the werewolf in a mall in St. Louis, but will it be his last shot?

Wolf Moon #3 was released by Vertigo Comics the first week of February. The story is written by Cullen Bunn, with art by Jeremy Haun, and colors by Lee Loughridge. Last issue Dillon told us why he cares so much about the beast, but this time around, he lets his weapons do the talking.

The Skinny
The werewolf has migrated to a suburb of St. Louis and has wreaked havoc at a local strip club. Werewolf hunter Dillon is hot on his scent, and has been keeping a close eye on the beast’s movements. Thanks to this, he’s quick to the scene and is able to track it to a nearby mall where the patrons are becoming puppy food. Dillon has to conjure the courage to face down the beast as well as another hunter.

The Good
This issue is jam packed with gory wolf action. Between the intro panels and the mall scenes, it was really great to see just how ferocious the wolf is and what it’s capable of. I also found it interesting to watch the guy come down with flu like symptoms right before the change. Seeing what it’s doing to the inflicted allows us to see from Dillon’s perspective better. I still also like following Dillon and a point of view character. His actions make for some good common sense detective work that mixes well with the paranormal.

The Not So Good
Not that I’m really complaining, but all the action in this issue didn’t leave much room for deeper plot development. Don’t get me wrong, I love how exciting this issue was, but it doesn’t feel like we’re any closer to finding out what the wolf really is. I’m pointing this out as a fan and not as a creative. I understand and appreciate the suspense building, but a clue amongst the gore would have been nice. Maybe there was and I just missed it? I also think Cayce could disappear from the story and I wouldn’t notice. Not sure how important she’s going to be in the later issues, but if I were to guess, she’s wolf bait.

The Decision
Halfway through the series and I’m pretty hooked. Dillon is on the verge of getting his white whale, but what of the other hunter’s motives? He sure doesn’t react like someone who’s missing when he was taking down civilians. Maybe he’s working for the werewolf? Hopefully we find out more when Wolf Moon #4 is out March 4th.