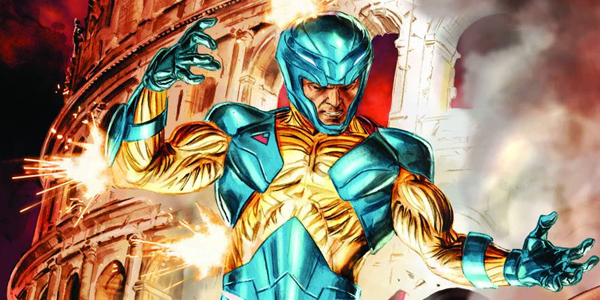 This Wednesday, the next thrilling chapter of X-O Manowar hits shelves and readers will bear witness to Aric’s jarring return to Earth.  Penned by writer Robert Venditti with art by the Eisner-Award winning Cary Nord, X-O Manowar #4 delivers yet another issue filled with the high-octane action and gripping storytelling that have become synonymous with the Valiant name.

In deep space, the hideous alien race known as the Vine are tending to their damaged vessel following the events from the last book while Admiral Xylem, Commander Trill, and the temple priest begin to weigh the options of reclaiming Shanhara (the suit of armor that inexplicably bonded with Aric while he was fleeing their ship).  Meanwhile, in present day Italy, Aric has arrived believing that he is still in his own time and is ready to finish his fight with the Roman Empire.  At first ignorant of the region’s technological progress, he sees Rome’s sprawling cityscape as a testament to Emperor Honorius’s ambition and blindly mistakes an airborne fighter jet as one of their general’s war machines.  Suddenly, the X-O armor jolts Aric into understanding the situation as sixteen centuries of Italian history flood into his mind in an instant.

Aric’s entire sequence, beginning with a showdown with local security in the ruins of the Roman Coliseum before taking to the skies, is unbelievably exciting and the action unfolds at a breakneck pace.  Readers are finally getting a sense of the power that Aric wields and, in one genuinely awesome panel in particular, we get to see a brief transformation of his armor as it instinctively creates thick, angular plating for itself while evading a fighter pilot before quickly morphing back to normal.  Nord’s artwork seems to get more impressive with each issue, transitioning here between contrasting locations and juxtaposing extreme action with solemn character interactions while maintaining a beautiful flow.

As Aric makes a hasty departure to a yet-to-be-revealed destination, the final act of the book begins to reveal some serious revelations regarding the Vine’s sleeper agents whose existence has remained a mysterious plot point since the first issue.  It would appear that there are a number of these operatives on Earth who hold rather prestigious ranks in society and have now been handed an important mission to reclaim Shanhara preceding the Vine’s imminent invasion of Earth.  Venditti’s excellent narrative just keeps heating up and leaves you begging for more each month.  You know a book is great when you are totally bummed out to hit the panel that says “to be continued…”

This is yet another outstanding issue in the X-O Manowar run which adds one more intriguing piece to Valiant’s interlocking universe.  It will be most interesting to see how this story will continue to play out in the coming months, especially with fan-favorite Ninjak making his debut in October’s issue.  Check out some killer preview pages from X-O Manowar #4 below: 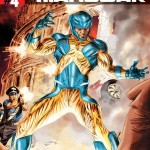 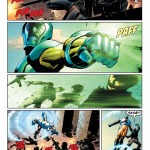 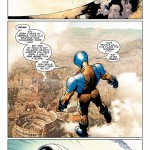 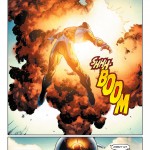 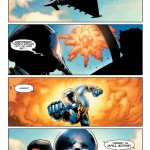 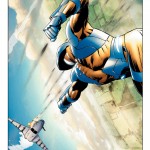 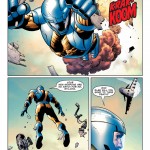