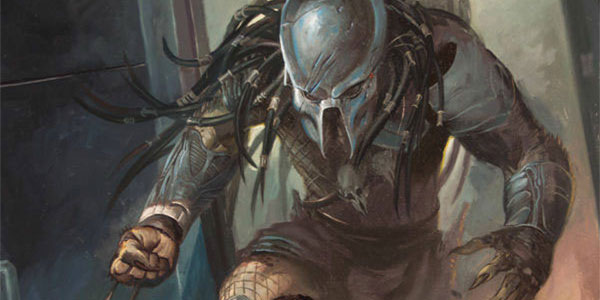 The latest Predator series gets underway, and it’s worth some attention.

Dark Horse Comics’ Predator: Fire and Stone #1 is a well drawn and written book. An off shoot of Dark Horse’s “Prometheus” event, it’s written by Joshua Williamson (Heralded for his work on Grant Morrision’s Multiversity) with art by Chris Mooneyham. In this spoiler free review, we take a look at the good, the bad and then the verdict.

The art in this book is quite frankly the best part of it. As it should be for a medium that relies mostly on the images to convey the central aspects of the story. It captures the feel of the original “Aliens” film and seamlessly melds the more regal aspects of the titular Predator whiles calling back to the sleek aspects of the recent Prometheus. It’s a perfect visual combination of all these worlds that have been crossed over at some point or another. The writing is not bad either. It’s good for the story it’s trying to tell and Williamson’s talent does shine through especially where the characters are concerned. The narrative blocks give it a great back story and delves you right into this world without leaving the reader wondering exactly what is going on when the story opens.The story as a whole is fantastic and even more so for anyone who has been a fan of these worlds prior. There’s a lot of call backs and fan service in just the first two pages alone and much more throughout the book.

There’s not much to complain about in this issue. Although I did find one thing a little on the nose at the very beginning where in one dialogue box they managed to fit in a reference to Aliens, Prometheus and The Engineers. I felt it was a little forced. I mean, who talks like that? Other than that everything else was top notch.

Predator: Fire and Stone is definitely worth checking out if you are a fan of the Aliens/Predator cross overs or just a sci fi fan in general. With breath taking art and sharp writing, this book is definitely a MUST OWN.