Who’s Coming Back For Pacific Rim 2? 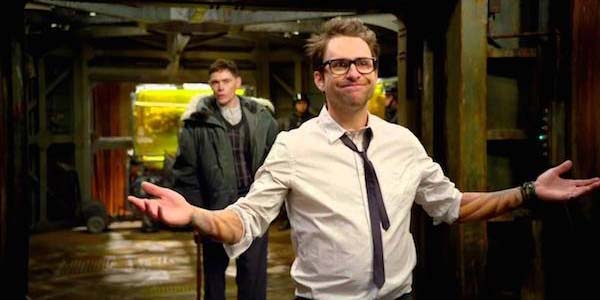 I really have no idea what to expect from Pacific Rim 2, a movie I am on the one hand happy will soon enough be a thing… yet on the other hand, one that I am utterly confused by.  The ending of the original didn’t leave much space for a sequel, in my opinion, with half the cast dead, all the Jaegers destroyed and the Kaiju threat eliminated.  But the sequel will most definitely address at least the last point, according to Guillermo Del Toro, in an interview with Collider:

Del Toro also shared some insight int which characters will be returning in the sequel, along with the (presumably new) cast of Jaegers and Kaiju:

It’s quite a different movie from the first one in that, but I think that two of our main characters like in the first one are Burn and Charlie.  They are really, really – I mean, honestly, they are probably the guys I have the most fun writing along with Hannibal Chau so just from a purely selfish drive, I like writing them.  I love writing for Charlie and Burn.  I mean, [Burn’s] in Crimson Peak for that reason, because I love working with him.  You’re gonna get a lot of that, but the Kaijus are very different and you’re gonna see a very different type of the robots I think.  It’s gonna be quite a different adventure.

Me, personally, I’m in love with this.  I thought Charlie Day’s Geiszler and Burn Gorman’s Gottlieb were a great on screen duo, owning their roles as comic relief, spouters of exposition and even the center of a few legitimate action beats throughout the film.  There’s no mention yet of Charlie Hunnam’s Raleigh or Rinko Kikuchi’s Mako coming back yet, but honestly I don’t think I’d miss them all that much.  I’m much happier having our science geeks return, if we’re being totally honest.