Winter is coming, and you know what that means — another season chock-full of awesome products from Diamond Select Toys!

In the new assortment of items currently up for pre-order (and releasing around the end of this year), DST has new offerings from Aliens, the Batman TV show, the DC Animated universe, Ghostbusters, Godzilla, iZombie, Marvel Comics, Predator, Star Trek, TMNT, The Walking Dead, The Muppets, and Star Trek! Read on for more details, and pre-order at your local comic shop! 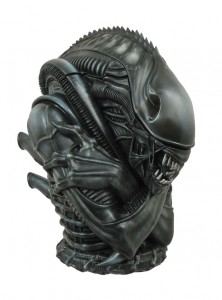 A Diamond Select Toys Release! Cookie thieves mostly come out at night, mostly, so make sure your cookies are safe with this detailed ceramic cookie jar in the shape of a ferocious Alien Warrior from the sci-fi classic Aliens! Even if it doesn’t instantly send thieves running from the room, no one will dare lift the jar’s removable skullcap to get at the sweet, sweet cookies inside – there are way too many nasty things inside a xenomorph to take the risk! This approximately 12” tall cookie jar comes packaged in a full-color box. Sculpted by Paul Harding! (Item #AUG152314, SRP: $44.99) 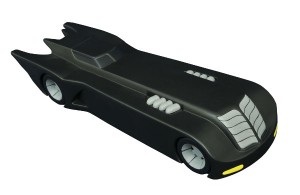 A Diamond Select Toys release! Where does Batman get those wonderful toys? He saves up for them! In fact, if Batman used a piggy bank, it would probably be in the shape of the classic, streamlined Batmobile as seen in Batman: The Animated Series. This approximately 12” long vinyl bank looks like it just drove off the streets of animated Gotham City, and has a coin slot in the top and an access door underneath so you can save up for that grappling hook you’ve had your eye on. Packaged in a clear polybag. (Item #AUG152308, SRP: $29.99) 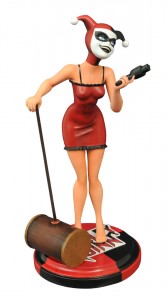 A Diamond Select Toys release! Time for some Harley Quinn romance! The psychologist once known as Harleen Quinzel may have the hots for The Joker, but the Clown Prince of Crime doesn’t always realize what he’s got! This 12” resin statue of Harley Quinn is based on her look in the timeless New Batman Adventures episode “Mad Love,” and depicts a dolled-up Harley wielding her mallet and pistol. Packaged with a certificate of authenticity in a full-color box, this statue is limited to 3,000 pieces and is a must-have item for any fan of Batman, Harley or the Joker himself. Sculpted by Clayburn Moore! (Item #AUG152310, SRP $150.00) 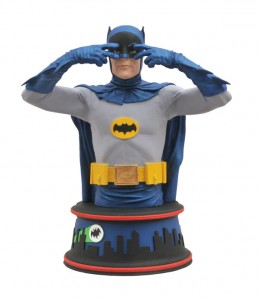 A Diamond Select Toys release! We’ll say this for Batman, the caped crusader sure knows how to party! Based on the very first episode of the Batman Classic TV Series, this resin bust features Batman doing his “Batusi” dance moves, which soon became a pop-culture touchstone. Measuring approximately 6 inches tall and featuring the likeness of actor Adam West, this bust comes packaged with a certificate of authenticity in a full-color box. Limited to 3,000 pieces. Designed by Barry Bradfield! Sculpted by Jean St. Jean! (Item #AUG152312, SRP: $59.99) 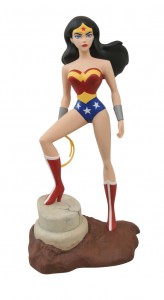 A Diamond Select Toys release! She’s not your ordinary princess! As the daughter of the Amazon queen of Themyscira, Wonder Woman was granted strength and flight by the gods, and stands side-by-side with Batman and Superman as a member of the Justice League! This 9-inch-scale PVC statue of Wonder Woman is based on her appearance in the animated series Justice League, and has her placing a raised foot on a broken column, golden lasso at the ready. It comes packaged in a full-color window box. Sculpted by Steve Varner Studios! (Item #AUG152311, SRP: $45.00) 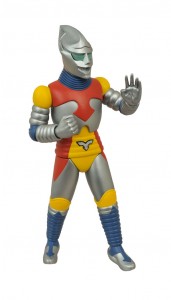 A Diamond Select Toys release! The robotic hero Jet Jaguar is now the next bank in DST’s line of vinyl Godzilla banks! Originally inspired by a fan submission to Toho Studios, the size-changing Jet Jaguar famously teamed up with Godzilla to fight Megalon and Gigan in 1973’s Godzilla vs. Megalon. Standing approximately 12 inches tall, this vinyl bank has a coin slot in his back, as well as an access door to remove your loose change. NOTE: Bank does not change size. Packaged in a clear polybag. Sculpted by Gentle Giant Studios! (Item #AUG152323, SRP: $24.99) 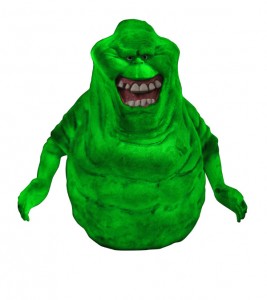 A Diamond Select Toys release! It’s time to see one of DST’s most popular banks in a whole new light! Slimer, the slime-dispensing spud from the Ghostbusters movies is back, and this time, this engorged ghost glows in the dark! The original 8” vinyl bank has been given a glow-in-the-dark color scheme, so you can see Slimer hovering nearby in your room at night, but it still has a coin slot in the back and an access door in the base, so he can keep your spare change in his near-bottomless gullet. Packaged in a clear polybag. (Item #AUG152325, SRP: $24.99) 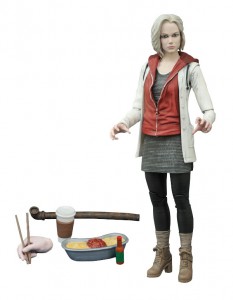 A Diamond Select Toys release! You only Liv twice! As a doctor who became a zombie, Liv Moore is the focus of the hit CW show iZombie, in which she solves crimes by eating the brains (and memories) of the victims. And now she’s the newest action figure from Diamond Select Toys! Sculpted in a 7” scale, this Liv Moore action figure includes an interchangeable chopsticks-holding hand, as well as a pipe, coffee cup, hot sauce bottle, and a delicious brain casserole. The figure features approximately 16 points of articulation, and comes packaged on a blister card. Sculpted by Gentle Giant Studios! (Item #AUG152313, SRP: $19.99) 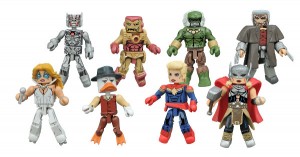 A Diamond Select Toys release! The Secret Wars are upon us! With Earth transformed into a fractured Battleworld, with various regions pulled from a variety of alternate realities, DST has created an assortment of Marvel Minimates that spans the globe! From the Armor Wars world of Technopolis, Iron Man 2020 faces off with Ultron from the Age of Ultron’s Perfection! From the Wastelands, Old Man Logan takes on Dystopia’s Maestro Hulk, from Future Imperfect! From the world of Arcadia, A-Force’s Captain Marvel teams up with the new Thor, of the Thor Corps! And finally, A-Force’s Dazzler partners with New Quack City’s resident detective, Howard the Duck! Each 2-inch Minimates mini-figure has up to 14 points of articulation and features fully interchangeable parts and accessories. Each 2-pack comes in a full-color window box. Designed by Art Asylum! (Item #AUG152318, SRP: $9.99/ea.)

A Diamond Select Toys release! He’s the best there is at what he does, and what he does isn’t pretty… except when it really is! The first statue in DST’s revived Marvel Premier Collection series is none other than Wolverine, captured unmasked and mid-stride in a snowy landscape. Meticulously sculpted by Clayburn Moore, this diorama piece depicts the X-Man and Avenger in his brown costume and leather jacket, standing approximately 9 inches tall, on a base that measures 10 inches by 15 inches. Limited to only 3,000 pieces, this statue comes packaged with a certificate of authenticity in a full-color box. (Item #AUG152317, SRP: $199.99)

A Diamond Select Toys release! It’s time to pour a beverage! It’s time to make some snacks! The Muppets are returning to television this fall, which means you’ll need to have a tall beverage handy for when your laugh muscles get sore. Make sure your drink is fully Muppified with these four different styles of Muppet logo pint glasses! Choose from the Muppet Show, Muppet Labs, Pigs in Space and the Electric Mayhem logos. Each glass ships in a full-color window box. Collect them all! 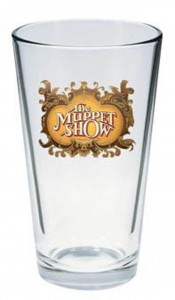 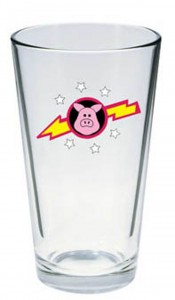 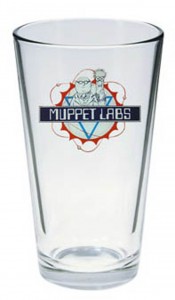 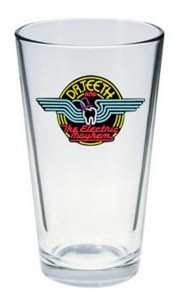 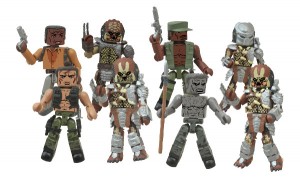 A Diamond Select Toys release! Clear the LZ, because a chopperload of new Predator Minimates are coming in for a landing! The first assortment of Predator Minimate 2-packs features the original Predator movie’s Dutch vs. Unmasked Predator, Dillon vs. Masked Predator, Predator 2’s Harrigan vs. City Hunter Predator, and a rare one-per-case Mud-Covered Dutch vs. War Cry Predator! Each 2-inch Minimates mini-figure has 14 points of articulation and features fully interchangeable parts and accessories. Each 2-pack comes on a full-color blister card. Designed by Art Asylum! (Item #AUG152315, SRP: $9.99/ea.) 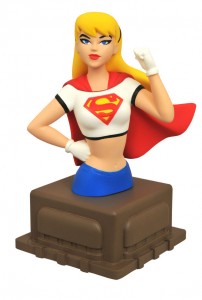 A Diamond Select Toys release! Criminals of Metropolis beware! While she may not truly be Superman’s cousin, Kara In-Ze hails from the same region of space, making her strong, fast and tough under Earth’s yellow sun. So think twice before committing a crime within the city limits! This approximately 6-inch resin bust depicts Supergirl as she appeared on Superman: The Animated Series, striking a confident pose atop an architectural base. The bust comes with a certificate of authenticity in a full-color box, and is limited to 3,000 pieces. Sculpted by Steve Varner Studios! (Item #AUG152309, SRP: $59.99) 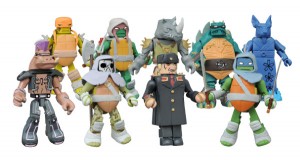 A Diamond Select Release! TMNT fans are loving DST’s line of Ninja Turtle Minimates, and Series 3 kicks things up a notch! Featuring the four turtles in their Vision Quest outfits, this individually foil-bagged assortment also expands on the line’s mutant roster, with Slash, Bebop and Rocksteady, as well as rare, one-per-case figures of Ivan Steranko and Vision Quest Splinter! Each 2-inch Minimates mini-figure has up to 14 points of articulation and features fully interchangeable parts and accessories. Each full-color counter display contains 18 foil-bagged Minimates, including a full set of all nine characters! Designed by Art Asylum! (Item # AUG152316, SRP: $5.99/ea.) 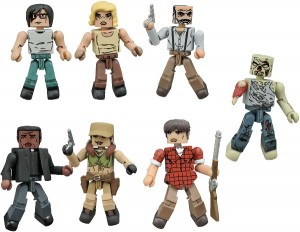 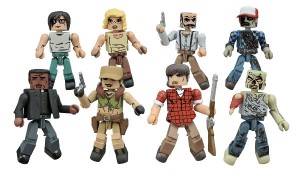 A Diamond Select Toys Release! With the hit comic series expanding in new, shocking directions, and a new TV series on the air, there’s never been a better time to be a Walking Dead fan! This all-new assortment of comic-based Minimates mini-figures spans the time-jump, featuring “New Beginning”-era Carl with Sophia, “All-Out War”-era Rosita with Father Gabriel, Hilltop leader Gregory with a Forest Zombie, and a rare, one-per-case two-pack of new Hilltop leader Maggie Greene with a Forest Zombie! Each 2-inch Minimates mini-figure has 10-14 points of articulation and features fully interchangeable parts and accessories. Designed by Art Asylum! (Item #AUG152324,SRP: $9.99/ea.) 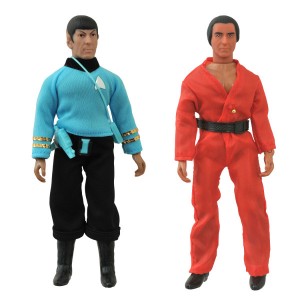 A Diamond Select Toys release! With the 50th anniversary of Star Trek approaching at warp speed, the return of DST’s popular Star Trek Retro Action Figure line is highly logical! Back in stock for the first time in several years, this assortment of 8-inch, cloth-costumed figures includes Mr. Spock of the starshipEnterprise, as well as the genetically superior Khan Noonien Singh, each packaged in a collector-friendly plastic clamshell with a full-color insert. Fill the holes in your Star Trek Retro collection, or start your crew from the ground up right here! (Item #AUG152331, SRP: $19.99/ea.) 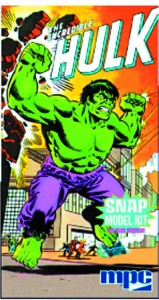 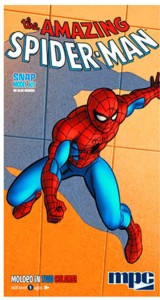 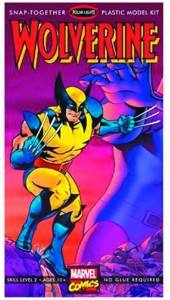 A Diamond Select Toys release! Assembling a model kit is now a snap! With these snap-together kits of Wolverine, Hulk and Spider-Man, you can assemble your favorite character with ease, then simply add paint! Wolverine stands atop a Sentinel head, is cast in yellow plastic with chrome claws, and has unmasked and masked head options! The Hulk is cast in both purple and green plastic, and has options for fists and open hands, so you can put different items in his hands to “throw” as he rampages on a rocky base! And Spider-Man is cast in both red and blue plastic, and can stand on a web base, or be hung on the wall! Hulk and Spidey are reproductions of classic 1979 kits! Each model is 1:8 scale, stands between 8 and 10 inches tall, and comes packaged in a full-color box with instructions. 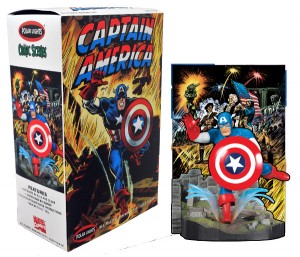 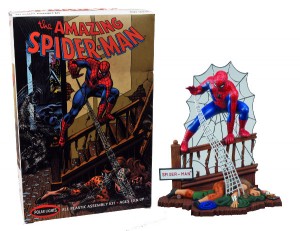 A Diamond Select Toys release! Character model kits have been the rage since the boom of the 1960s, and DST is proud to bring back two of the first-ever Marvel model kits, depicting Captain America and Spider-Man! Based on the 1966 Aurora originals, these new editions are enlarged to 1:8 scale, and stand over 8-10 inches tall. Spider-Man, webbing up Kraven the Hunter from a staircase, is cast in red plastic, with a clear web diorama piece. Captain America and his battlefield diorama are cast in blue, with clear water splash pieces. Both require glue and paint for assembly, and each can be placed in front of a full-color cardboard backdrop to complete the scene! Both kits come packaged in a full-color, vintage-style “Comic Scenes” box, with a mini-comic book that contains instructions and an exclusive comic story! Re-create a piece of pop-culture history with your own hands!