Commissioner Gordon Is A “Smashing” Addition To Dark Knight Rises 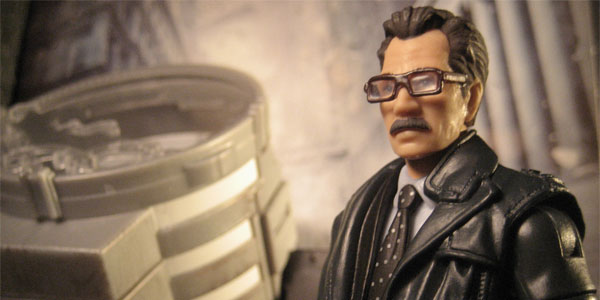 The Dark Knight Rises isn’t all about heroes and villains (and butlers)… there’s some real people in Gotham, too! And thanks to Wal-Mart, fans can now chase down the best cop GCPD has to offer, to join Batman’s team of allies.  Commissioner Gordon has returned to Movie Masters, and the new version is an absolute must-buy for Batman movie fans.

Mattel’s Dark Knight Rises Movie Masters collection has been unexpectedly fantastic, offering some wonderful sculpts by the Four Horsemen and some fun new characters in the current Batman movie-verse. What’s really sending the fun factor of this line right over the edge is the surprise retailer exclusives that popped up randomly in stores over the past few weeks.  There’s nothing quite like that thrill of discovering a brand new, never before seen toy for the first time right on the store shelf, and I love whenever a toymaker finds a way to sneak one of these surprises right past the interwebs and directly into the hands of unsuspecting fans. 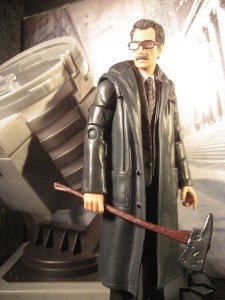 The DKR exclusive in question today is the Wal-Mart exclusive Commissioner Gordon, and he’s well worth the likely frustration of dealing with history’s most awful retail store to find him.  What will make the hunt for Gordon easier than– say, Hasbro’s Avengers Legends– is that he shares a UPC with the other, non-exclusive DKR toys. This means, if your Wal-Mart sells out of their Batmen and Bane’s, they will likely reorder the case with Gordon included. This increases the odds greatly from Legends’ spotty distro (seriously, only 3 stores out of almost 40 in my state are carrying the 6″ Avengers– that’s MADNESS for a store exclusive).

If you have the Gordon from the Batman Legacy 2-pack last year, then there’s no real surprise here– it’s the same figure. The Commissioner still sports a wonderful Gary Oldman portrait, a very nice set of glasses, a handgun and his traditional trenchcoat. The new version is painted in a black suit with a dark blue-grey coat, making him noticably different from the light grey-suited original figure. 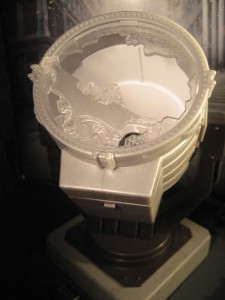 Paint job nonwithstanding, the real reason to get the Wal-Mart Gordon is the new accessories. Each DKR Movie Master includes a piece of the Build-A-Batsignal, and as the seventh figure, Gordon features a very cool alternate piece for your display– a shattered signal lens! The piece is great, with some excellent sculpting on the broken, spider-webbed glass, as well as the extra piece which can fit inside the signal or rest on top. The alternate lens is easily removable, so you can switch out between the complete or shattered lens as often as you want to customize your signal. To go along with his smashed Batsignal piece, Gordon also comes packed with an axe, just like the one he used to kill the signal in The Dark Knight.

I honestly only picked up the Dark Knight Rises Movie Masters to complete my movie Batman series started with The Dark Knight line, but I have been very impressed by how great-looking and fun these figures are. Gordon is another great addition to the set, and as an exclusive he’s perfect– available to fans who missed his first release, and different enough to justify owning both (at least for a geek like me).  With the inclusion of such a well thought out and cool gimmick as the broken lens, Commissioner Gordon is well worth the hassle it will take to find him. 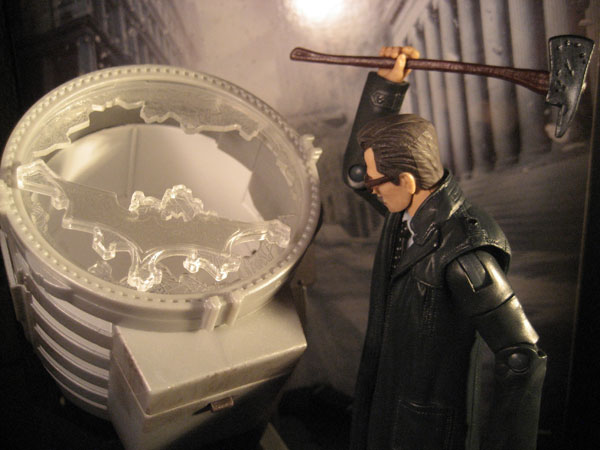 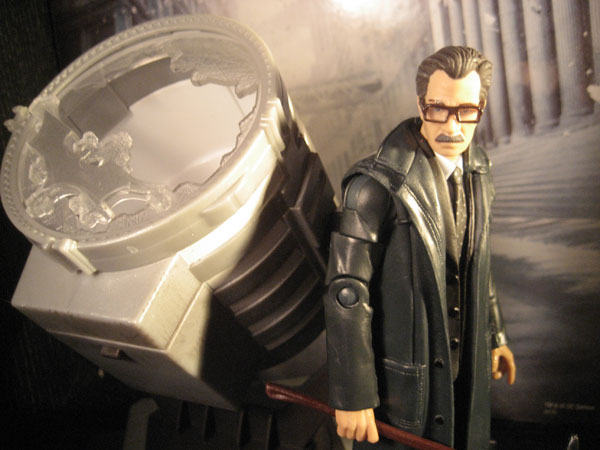 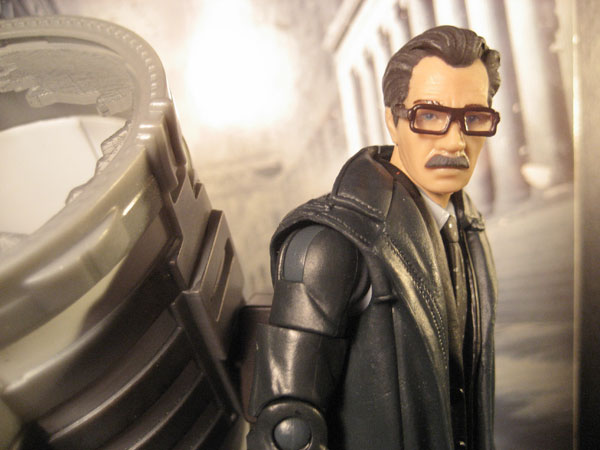 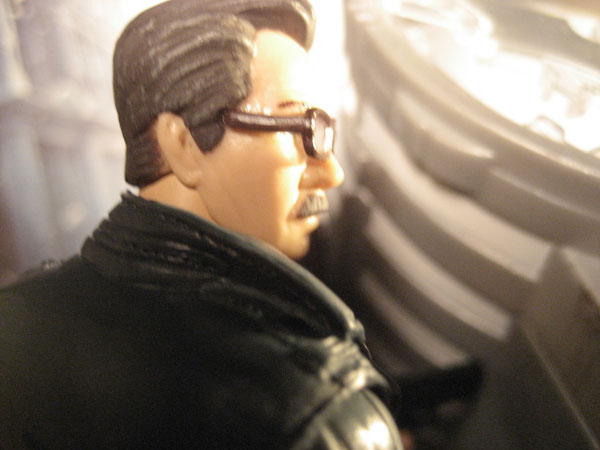 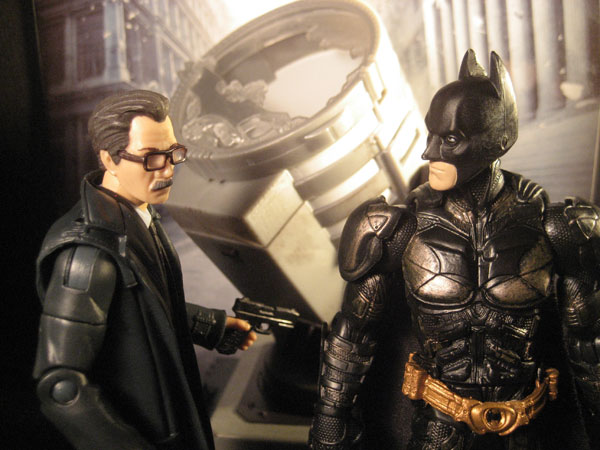