Community Is Coming Back For Season Four 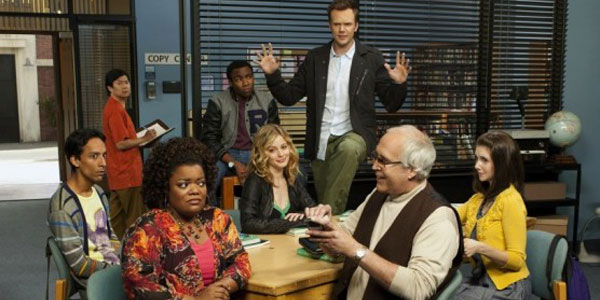 All you fellow Humans out there can breathe a sigh of relief– NBC has officially renewed Community for a fourth season!

It’s been a rough year for us Community fans.  The perpetually brilliant show has also been perpetually challenged in the ratings department, leading to NBC’s abrupt decision to yank the show off their midseason schedule last Fall.  Things course-corrected enough thanks to some very impressive fan outcry, and we’re currently following Jeff, Annie and the rest of the Greendale Seven (AKA Pierce Hawthorne and the Greendale Six) through the end of the third season.

It’s been rumored by creator Dan Harmon that his plan was for a four-year run of the show (the same as most 4-year college programs, although community college is more often two-years), so if that was still his plan then a greenlight on season four should be all he needs to stick the landing.

I couldn’t be happier to hear that NBC is willing to put up with all of us Community fans for one more go-around, and can’t wait to see what kind of trip Harmon has planned for us next year.