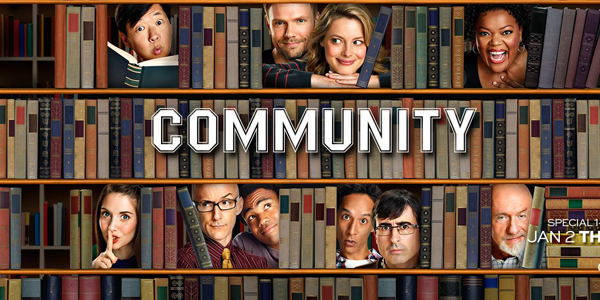 The show you used to love– and then didn’t love so much– may be the show you love once again this January.

NBC’s Community has had a weird path over the past few years, both in front of the cameras and especially behind them.  After series creator Dan Harmon was ingloriously fired, we got last year’s mediocre Season 4, which wasn’t terrible, but left me cold enough that I had no real desire to go back to Greendale.

I thought it was an interesting about-face when NBC hired Harmon back for the new season, but whether it was news that Donald Glover would be leaving early, or the long wait until the January premiere, I couldn’t seem to get into the idea of being stoked for this show again.

But that’s changing fast, because the new trailer for Season 5– which premieres January 2nd with an hour long episode– looks amazing!  We get Jonathan Banks and the return of John Oliver!  Giant cheap robots destroying a cardboard city!  Leonard and Magnitude!  Even a freaking Zardoz reference!!  This feels like the Community of old, and I’m hoping the whole season captures that exciting nostalgia the same way this teaser does.

We’ll find out in a few, short weeks… After seeing this trailer, I know what I’ll be watching on January 2nd.