Community Will Be Back For Season 4. Dan Harmon Will Not. 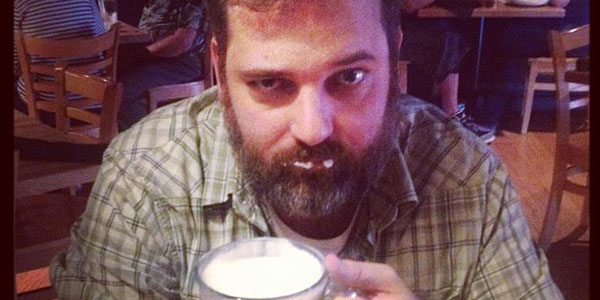 When NBC announced the best show on their network, Community, was being picked up for a short fourth season, there was much rejoicing… but now it looks like we may have been a little pre-emptive in that celebration. Community will be coming back in the Fall, but showrunner/ show creator/ overall genius Dan Harmon has been removed as showrunner by Sony.

I’ve been enamored with Community from the get-go… it’s always been a smart, weird and constantly entertaining show and one that would often go in very different and unexpected directions (if you’ve seen Season Three, look back at how many times you’re expecting a joke only to get sideswiped by a remarkably heartfelt character moment instead).  The main reason for this greatness, more than the stellar cast, more than the razor-sharp writing, has always been Harmon.  Harmon has proven himself one of the funniest and most talented guys out there for over a decade; I’ve been a huge fan ever since his work on Rob Schrab’s Scud: The Disposable Assassin.  The loss of his talent as a creator and writer, and yes, even his notorious refusal to compromise his vision (to the point of dickishness, by some accounts) seem like a MAJOR hurdle for Community to overcome in the new season.

The worst part of this whole thing is how terribly Sony handled their dirty business with Harmon– they issued a press release before they even told him (Harmon recounts the entire ordeal on his Tumblr HERE).  Harmon poured his heart and soul into every facet of this amazing show for three years, heavily involved in the writing, directing, character development and even behind-the-scenes championing of the ratings-challenged show.  Community is his baby, more than anyone’s, and it’s a really reprehensible move on Sony’s part to steal it away from him in such a cowardly and underhanded manner.

Harmon will not be the only one gone from Community’s fourth season.  While there have been no announcements regarding the actors’ returns this Fall, writer Chris McKenna (who penned many of the show’s finest moments, including “Remedial Chaos Theory” and “Paradigms of Human Memory”) has already left in the wake of Harmon’s removal, as have producers Garrett Donovan and Neil Goldman.

David Guarascio and Moses Port, who have worked on Just Shoot Me and the failed American remake of The IT Crowd, have been named the new showrunners of Community.  I’m too invested in this show to boycott it outright (as others are doing in the protest against “Fauxmunity”)… but I honestly cannot see how anyone but Harmon can create a show as funny, as intelligent, and as from-the-heart as his three amazing seasons have been.

At the end of this Thursday’s 3-episode Season Finale, as the last scene played the screen switched to the hashtag #sixseasonsandamovie, the online rally cry of Community fans worldwide in an effort to save the show when NBC pulled it off the air mid-season.  The response was incredible, with the hashtag trending on Twitter as the finale was still on the air.  Community may never have built an audience big enough to make NBC and Sony happy, but we’re a passionate bunch, and all along we’ve been supporting Dan Harmon as much as the show itself.

This news is every bit as much a gut-punch as it would have been if they cancelled the show altogether… and now I’m filled with fear that rather than go out on top, the Community we know and love will be homogenized and turned into any other generic “wacky” sitcom (insert canned laugh track here)… we won’t know for sure how this will impact the show until the Fall, but there’s no way this isn’t a shitty situation and a BAD idea by a bunch of stupid suits who don’t much care for (or understand) this show, or the strong personal connection between it and Harmon as the creator.

This is a dark day for Greendale…