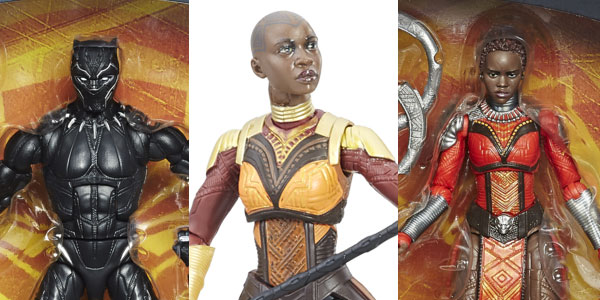 We’ve already seen the comic inspired half of Hasbro’s Black Panther themed wave of Marvel Legends.  The uninspired character mix draws influence from the Illuminati, delivering new versions of previously-released characters Namor, Black Bolt, and Iron-Man to the Legends collection. Thankfully, the movie half of the Black Panther assortment is decidedly NOT filled with all white dudes, so that’s a big step up. What we do get is a new version of Black Panther himself, with a new portrait of bearded Chadwick Boseman, along with the action figure debuts of Lupita Nyong’o’s Nakia, Michael B. Jordan’s Erik Killmonger, and Danai Gurira’s Okoye, who is the Build-A-Figure of this set.

All these new figures feature gorgeously detailed, screen accurate sculpts, and the new facial paint technology continues to help make the actor likenesses really come through for Boseman, Nyong’o, and Gurira.  Sadly, for reasons unknown, Killmonger was not given an unmasked head with Jordan’s likeness (nor that awesome hairstyle he’s rocking in the movie), so that’s a double bummer– on the one hand, it’d be great to have a headsculpt based on Jordan, and on the other it would be a way to further distinguish his very Black Panther-like costume from the titular hero.

Based on what i know of the Black Panther movie, this seems like a solid selection of characters to include in the toy line. I’m certainly missing an unmasked Killmonger head, and I’m certainly not crazy about the comic book characters Hasbro selected here… but Okoye looks like a good enough Build-A-Figure to justify the purchase of the entire wave on her own merits.

The Black Panther Legends are scheduled to make their debut January 2018. Check out the official loose and in box product images below, along with more details straight from Hasbro. 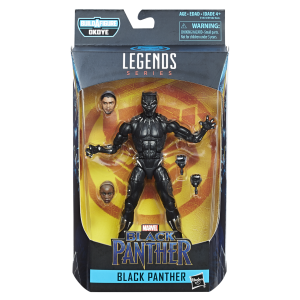 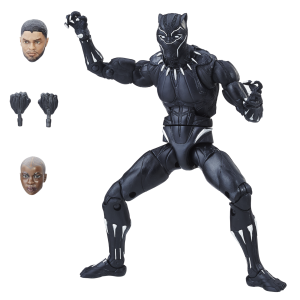 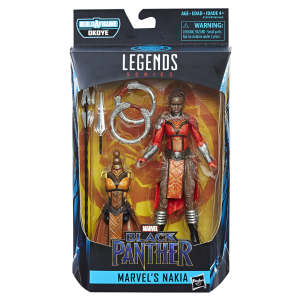 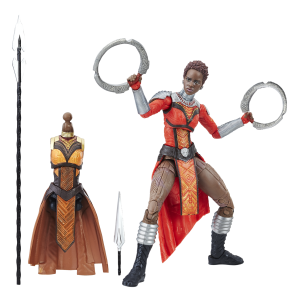 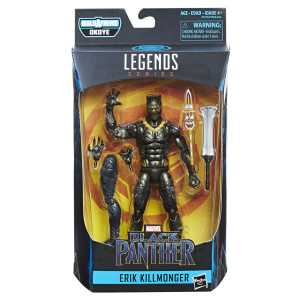 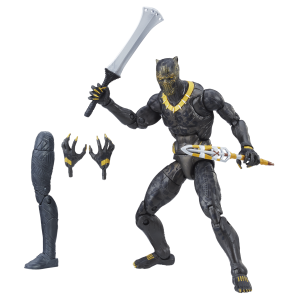 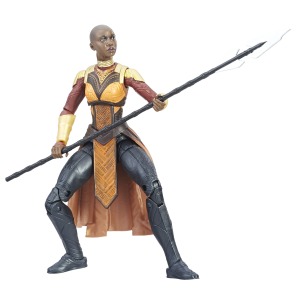 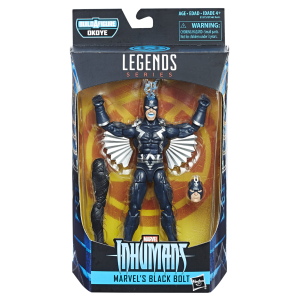 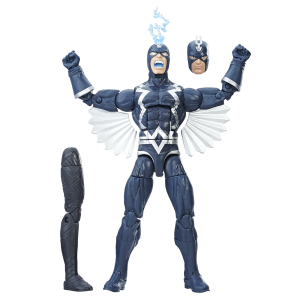 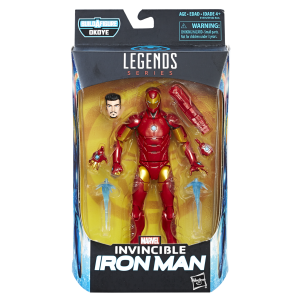 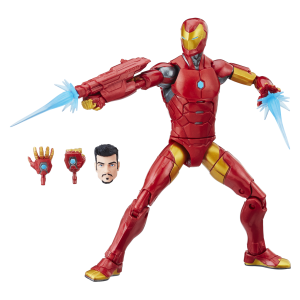 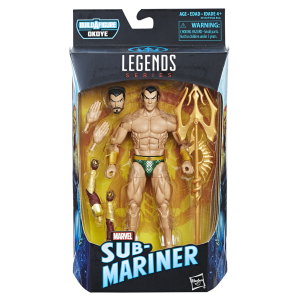 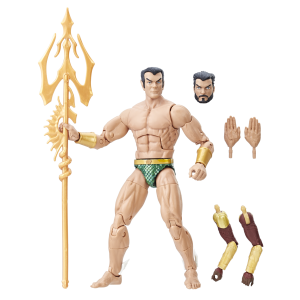 MARVEL BLACK PANTHER LEGENDS SERIES 6-INCH Figure Assortment
(Ages 4 years & up/Approx. Retail Price: $19.99/Available: January 2018)
Fans can create a legendary kingdom with this LEGENDS SERIES assortment! Each figure features intricate deco and premium articulation in 6-inch scale, as well as a different Build-A-Figure piece. Collect all the figures in the wave to complete the impressive OKOYE Build-A-Figure. Includes characters from the comic books and BLACK PANTHER movie, such as BLACK PANTHER, ERIK KILLMONGER, and NAKIA. Each figure sold separately. Available at most major retailers and on HasbroToyShop.com.