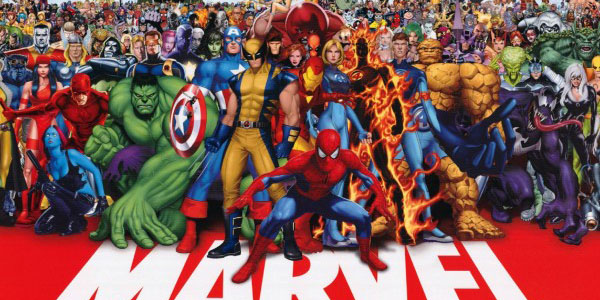 Too many people are talking about how Netflix or Disney is screwing over it’s fans, but I say take them all back MCU. Give the full roster to Feige and lets build a universe.

I always wanted all my toys to be the same size so the chracters could play together, but all the companies wanted to have different scales. He-man had to be bigger than GI Joe, honestly it all sounded like a measuring contest. I loved when characters had cameos in shows and back in the 80’s, it seemed like a simpler time. Marvel was Marvel and DC was DC, but at some point things got messy. Marvel went through a tough time and sold everything off, making it impossible for even a hint at a bigger world in the first Spider-man film. Yet today we see a huge roster of heroes taking on Thanos. But we are still not whole, Silver Surfer did not crash into Dr. Strange’s home, Dr. Doom has not battled Iron Man, and we still have not seen Wolverine scratch Cap’s shield. But all that might change soon, very soon.

Within the next year the Fox world of the Fantastic Four and X-men will be under the MCU banner, and the experiment of Netfilx will be over. Sure I loved all the shows, yes even Iron Fist, but in the end they were lacking. They mentioned the battle of New York, but once that was in the past they were their own thing and it sucked. Spider-man blows up a beach and nothing impacts the Defenders? The Black Order descends on New York and Luke Cage and Daredevil don’t show up to help? The separation of TV and movies needs to end, and if it takes Marvel shutting the Netfilx shows down I’m ok with that.

With the big three leaving the MCU we need new heroes. I for one want to see Luke Cage lead the underground new Avengers, Cyclops team up with the other red glasses wearing hero in Hell’s Kitchen. I mean who does not want to see the Kingpin take on that kid from Queens?  I loved the Netflix shows, but if this means we get a true complete Marvel Universe in the MCU, shut it all down. Netflix and Disney did not screw the fans, they are consolidating everyone to bring them together. I mean we don’t want the MCU to turn into the tangled unconnected mess of that is the DC Film Universe, do we?