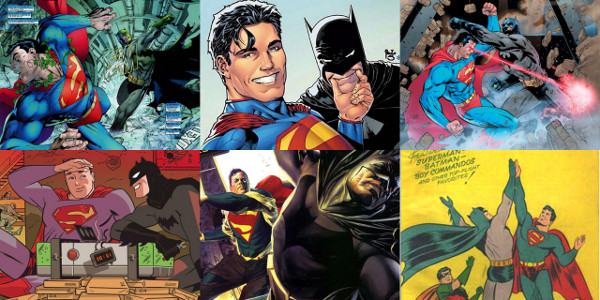 The other night I was watching TV with the wife, when a commerical for the Batman v Superman: Dawn of Justice movie comes on. My wife turns to me and says:

Wife: I thought Superman and Batman were friends?

Me: Well, kind of. They have mutual respect for each other.

Wife: Kind of like in that LEGO movie where they say they are co-workers?

Now my brain in going off in two different directions at this point. One-half is ready to explain to her the long and somewhat, confusing friendship between the two of them. And the other half of my brain is screaming: “Bail! Bail!”.

And that’s what got me thinking about the friendship between Batman and Superman. If you don’t know a lot about the history, the entire concept can be complicated to understand, especially when you take in all the retcons and alternative versions of these two characters.

From what I could find, Superman and Batman were friends when they appeared together in New York World’s Fair Comics #2, in 1940. They then went on to appear in World’s Best Comics which was retitled to World’s Finest Comics and had a long run for about 45 years, with stories focusing on their friendship.

It was 1986 when the entire dynamics of Batman and Superman’s friendship changed forever. Frank Miller’s Batman: The Dark Knight Returns, presented a Batman who was so outside the law, the police were hunting him. On the other side of the spectrum was Superman, who was enforcing the American way to anyone against the government.

These two different ideologies eventually lead to a conflict with a shot heard around the world: 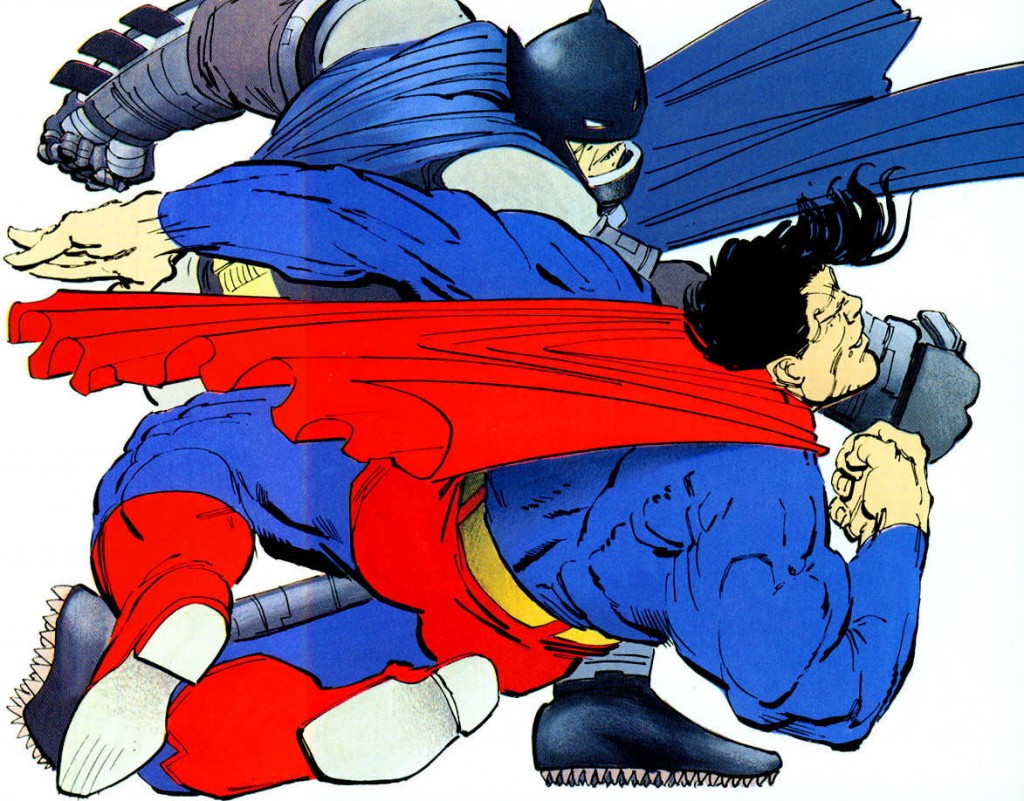 This act led many readers to choose sides on who was better Batman or Superman. While Batman: The Dark Knight Returns wasn’t a part of current DC Comics continuity, there was a huge shake up over in the DCU known as the Crisis on Infinite Earths. There were so many major changes to the DCU including Batman and Superman.

John Byrne revamped Superman’s origin with Man of Steel. It was a complete overhaul of the Superman mythos, including Superman and Batman’s friendship. Their first meeting now was less than stellar: 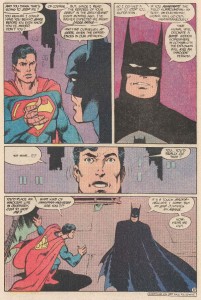 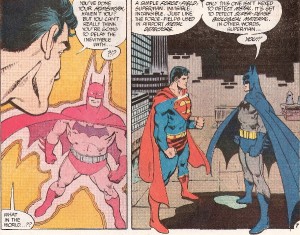 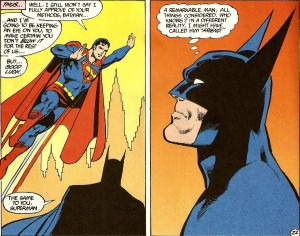 Superman wasn’t the only one going through changes. Batman’s were a little more subtle. Frank Miller came in again, and this time adapted some of Batman: The Dark Knight Returns to the current DCU continuity, which became known as Batman: Year One.

Now, when both characters appeared together, while they were not friends, there was a mutual respect between them. So much so, that Superman realized Batman would be the only he could ever trust. To the point that in Action Comics #654, he gave Batman a Kryptonite ring to use again him, in case Superman ever lost control. 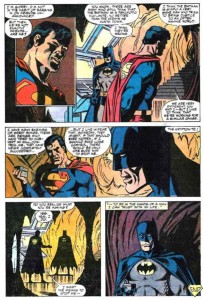 It took years for them to be friends, but in this post-Crisis continuity, Batman wasn’t as happy go lucky as he used to be. He was downright paranoid against anyone with superpowers and so arrogant that he thought he was better than everyone else. Superman was the only one who seems to see through this and accepted Batman for who he was.

But the two of them were still on opposite sides of the spectrum, and it came to a head in the mini-series, Infinite Crisis: 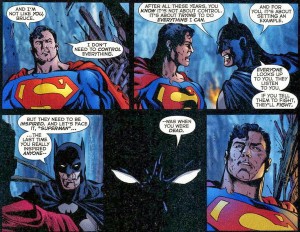 They did reconsile and went back to their current friendship. This same type of friendship between Batman and Superman still exists in the New 52, though Superman is now a little angrier and not so much the boy scout anymore.

The warm and fuzzy friendship of Batman and Superman from the Golden Age and Silver Age is gone forever, but at least they are still friends.

In regards to the Batman v Superman: Dawn of Justice movie, we already know there is going to be a battle between the two them. And they will be at least teammates in the Justice League movie. But if comics have taught us anything, if two heroes are ever going to become friends, they have to beat the snot out of each other first.