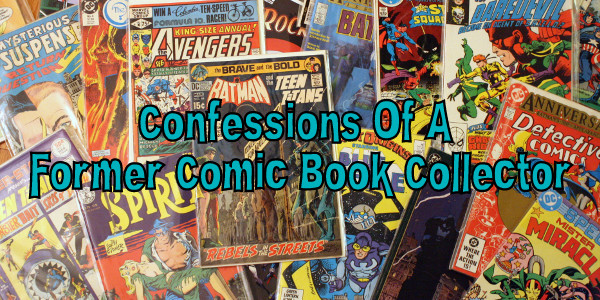 So continuing from the last time we met….

For some reason, comic collecting in the 90’s is kind of a blur to me. I think I just got caught up in a lot of the hype like the Clone Saga, X-Factor, and the formation of Image Comics. There were the exceptions like Mark Waid and Alex Ross’ Kingdom Come, Mike Mignola’s Hellboy, and Kurt Busiek’s Astro City. But most of the stuff just doesn’t stand out for me. I’m not knocking the comics of the 90’s, but I remember more of the gimmicks than the actual stories. 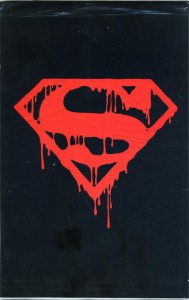 One thing does stick out for me from the 90’s, the Death of Superman. I heard all the hype on the news about Superman dying and the special issue of Superman # 75, that came in a black bag with all these extras in it. I wasn’t collecting Superman then, so I really didn’t have an interest. And I knew the comic shop would be nuts that Wednesday when it came out, I avoided it. I went to go pick up my weekly books 2 days laters. As I was browsing the racks, I heard so many people come in and ask for Superman #75, only to be told it was sold out. So I get handed my weekly books and I start flipping through it making sure I got everything that came out that week. And lo and behold, mixed in there was Superman #75. It was pretty cool. I didn’t ask for it, but since I was a long time customer, the shop added to my weekly pull. Plus I only ended up paying cover price for it.

In 1992, I went back to college to finish up my degree. This time around I went to a college in a lot less rural area, Long Island. There was comic shop galore there. And after classes on Wednesdays, I’d rush off campus to hit up about 2 or 3 of my favorite stores. The first one I hit was the one that was doing my weekly pull list. The other 2 I’d like to go to talk comics. It was an interesting time for me. I was only used to have one comic store, so now to have a choice just made it more awesome for me.

Right before graduating I ended meeting the woman who would go on to be my wife. She wasn’t a comic collector. Hell, she’s not even a geek. Not a sci-fi buff at all. But she accepted the fact that comic collecting was a large part of what made me, me.

It was really awesome for a long time. I would take her to comic conventions, and give her a stack of books to get signed. Back then, there weren’t as many as girl geeks as there are now. I couldn’t tell you why, but that seemed to be the case.

I would pretty much, excuse the expression, “whore” her out to get those signatures. I would go up the writers or artists, and they were nice and all, but it was kind of like, they signed my book and “next!” But with her, they would stand up and introduce themselves. She’d find me and hand me back the books and some of them had pics included with the signature. Honestly, it was really cool. But after a while she kind of got sick of it. Not the helping me, but she’s just not big on crowds. Especially ones that don’t shower or use deodorant.

We eventually married and I had to figure out what to do with all my long boxes filled with comics. Our first place was in Queens, NY, and was small. So I kept the long boxes at my parents and would pick out what issues I wanted to take back with me. It was a pain in the butt. So many books to choose from. So little place.

Our next place was in CT and was half of house. The great part of this place is our half of the house had the whole attic. And it was pretty much a furnished attic, just no heat or a/c, so I didn’t have to worry about moisture.   So the long boxes went from my parents place, up in the attic. My wife would sometimes walk by upstairs and my legs were dangling out of the attic door. I was usually putting way my books, which entailed me read them, right there and now.

We eventually moved from CT to NJ. And a good friend of mine gave me these metal filing cabinets. I saw this as a perfect move to get my books out of the cardboard long boxes into something more sturdy.

The 2000’s were pretty much business as usual. But to me, these comic writers and artists were Gods. I idolized them so much. And when meeting in person, I acted like a huge fanboy.

I remember this one time around 2006. There was a speaking engagement with Ed Brubaker and Matt Fraction. I convinced my wife to go with me, so I wouldn’t have to go alone. We stop to get some pizza for dinner and there at the next table are Brubaker and Fraction. I freaked. Kept asking my wife if I should say anything or not. Yup. Total fanboy. My wife finally got tired of me gushing all over them and doing nothing that she went right up to them. Told them I was a huge fan and asked if they would sign my books. They were really great and signed them. But they jokingly gave me hell for not saying anything. The results? Well, just check out below on how they signed the books. I deserved it. 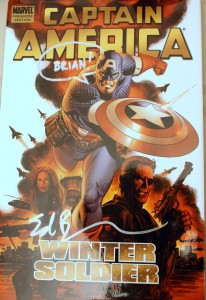 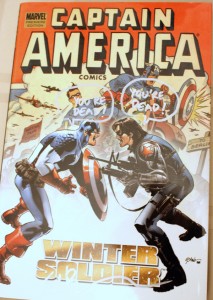 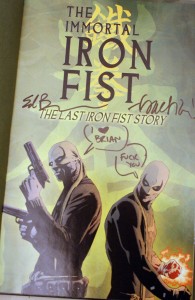 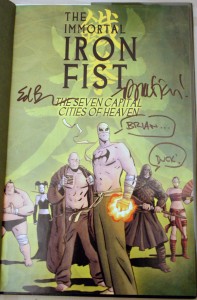 In 2007, I started getting frustrated with what I thought were the comic news site that were sucking up to comic book companies and not asking the tough questions. In response to this, I started up my own site called Pendragon’s Post. It was a blog at first to vent about comic books, but then it evolved into a smaller news site.

It was around 2008 I started to reduce the number of monthly books I bought. I came to 2 different realizations:

First, I really wasn’t enjoying what I was reading. I found myself buying familiar characters I’ve been buying for years. Or I got caught up in the hype, and I was finally taking a step back to really look at the stories.

Second, the books that I really did enjoy, I would end up buying the story when it was finally compiled in trade paperback. I was buying the same story twice. Financially, it didn’t make any sense. Plus the ways some of the series worked out, the first 3 issues would come out on time and then the final issue would be at least 2 months late. But a couple weeks after that final and crucial part of the story came out, the entire thing was put into a trade. So why bother doing monthly.

So my number of titles went down even smaller. I was now only buying 7 titles a month, not including the occasional miniseries or special. It’s the trade paperback that became more important to me. Slowly I built up a library of some of my favorite stories. Many I still have today. I even sold a large portion of my comic collection, just to buy more trades. 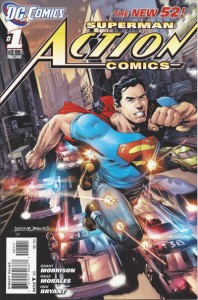 Finally the summer of 2013, I had enough of what I considered as sub-par monthly comics. Between DC Comics New 52 and whatever the hell Marvel was doing, I was done. I’m not saying the stuff I grew up on was better. It that the books that were coming out didn’t really maintain my interest. Just really lost interest. So I quit cold turkey. It wasn’t easy. But for the first time, I stopped thinking like a comic fan and starting thinking like a consumer. If you buy a brand that didn’t work, you most likely would not buy that brand again. So that’s what I did.

I found out it wasn’t the comic books I really missed, but going down to the local comic shop and talking about comics. I loved the social interaction that I got every Wednesday when I picked up my weekly books. In time, this feeling passed too.

These days, while I don’t buy monthly comics, I still stay in the know with what is happening in the DC and Marvel universes. In part to the internet, the website I still do, and that my library has this awesome lending system where I can reserve books from other branches and pick them up at mine.

So now I’m just watching from the sidelines and the urges are less and less each day. But any day there could be that one comic that gets me back on the collecting bandwagon.

If you missed Part 1, you can check it out here.