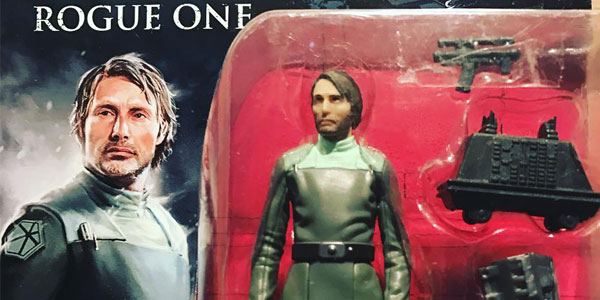 Mads Mikkelsen’s Galen Erso is getting the toy treatment.

A few weeks ago, the listing for a new wave of Star Wars Universe action figures surfaced on RobotKingdom, causing quite a bit of buzz since it included the recently delayed Admiral Raddus, as well as Galen Erso, Jyn’s dad and Imperial conscientious objector/ deep agent for the Rebels.  Then a rumor popped up just as quickly, claiming this wave was canceled.

That may still be the case, but we do know one thing for sure– Galen Erso is coming to Hasbro’s toy line.  The figure made its debut on Mikkelsen’s social media today, and Hasbro shared another image of the figure shortly after that.

He looks great!  The portrait bears a fantastic likeness of the Danish actor (I forsee many Hannibal Lecter customs on the horizon)… and Hasbro made the smart choice to sculpt Galen in the Imperial science officer uniform he wore on Eadu, as opposed to his farmer robes from the flashback at the beginning of the film.  The science officer look is more unique, and this look will allow him to fit in better with the other Rogue One figures.

We don’t know exactly what other characters will be released with Galen, but based on the image Mikkelsen shared, we know he will be single-carded in the current Rogue One themed packaging… and Hasbro confirmed he’ll be hitting retail Spring 2017.

Check out the official image of Galen Erso below… Will you be adding him to your collection? 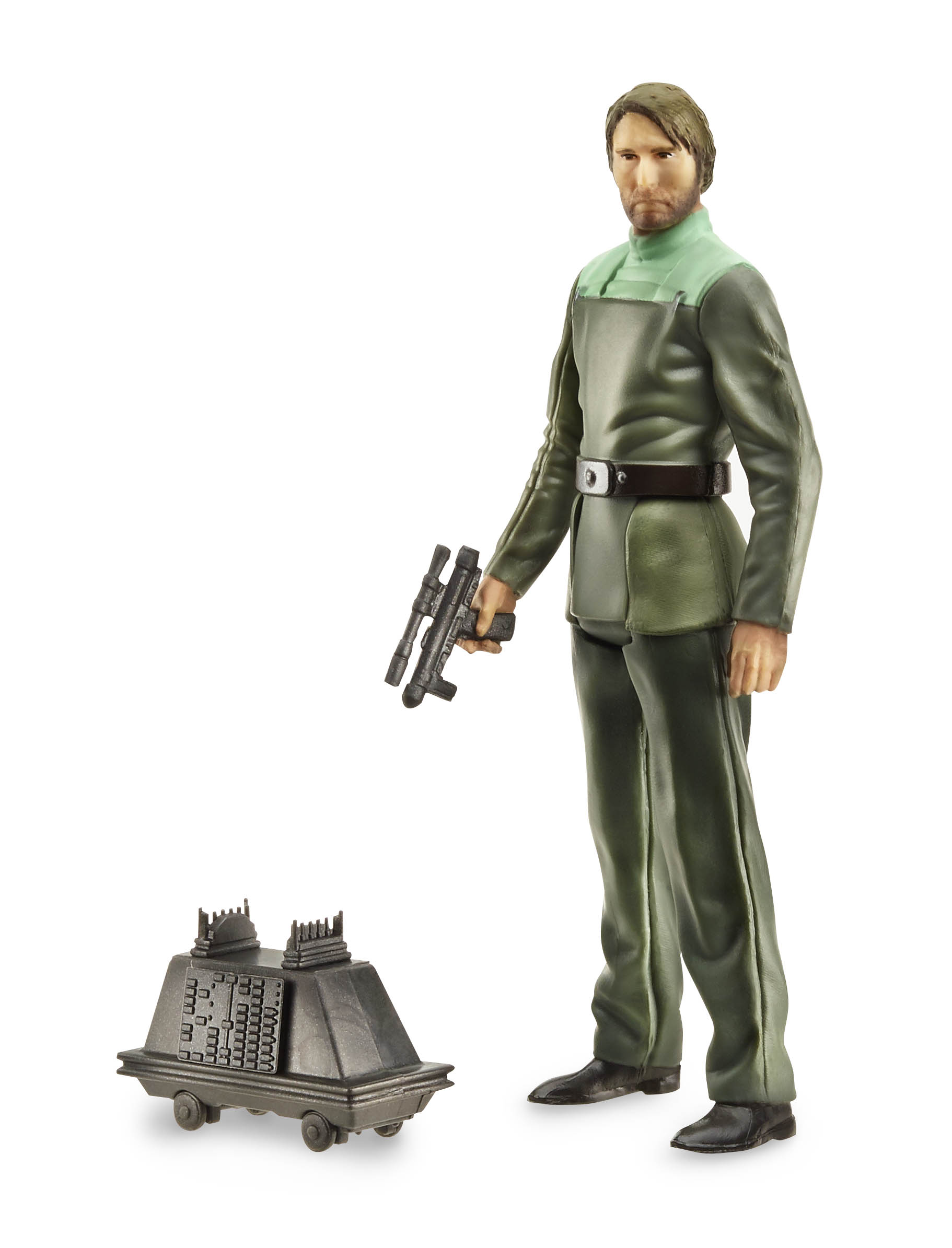