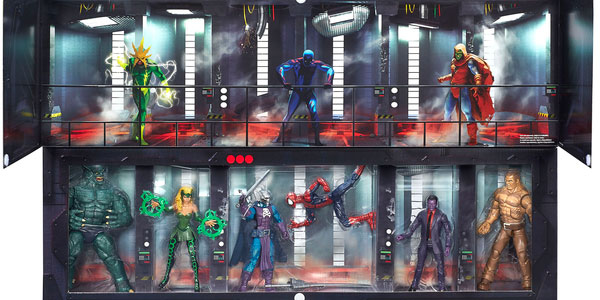 Hasbro brings on the bad guys in their incredible Marvel Legends SDCC 2016 exclusive.

Updated July 11, 2016:  Hasbro has released additional information and hi res photos of The Raft box set.  Read on for all the details about this fantastic addition to the Marvel Legends collection:

Previously: This weekend, USA Today confirmed the long-rumored Marvel Legends Comic-Con box set, which pits a Todd McFarlane-style Spider-Man against five of the most notorious villains in the Marvel Universe… in a very cool box designed to look like a prison break at The Raft.

The set’s villains include long-time fan requested characters like The Enchantress and Dreadknight, as well as new updates on Sandman and Abomination, and a genuine surprise in the form of The Purple Man.  I really like this exclusive, from the character selection to the really inventive packaging (which will probably make for a killer backdrop on a shelf display. I wish Abomination would have been swapped out with A-Bomb– since we’re getting an Abomination in the next wave of Civil War Legends with a different deco– but Enchantress, Dreadknight, and Killgrave look so good, they pretty much justify the $120 price tag on their own. 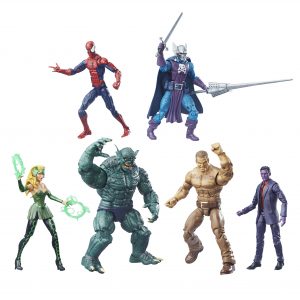 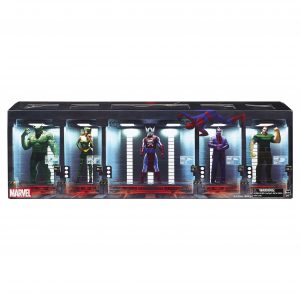 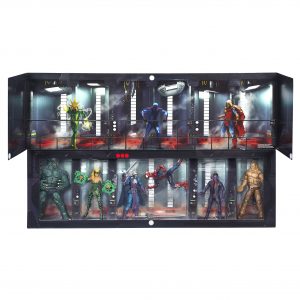