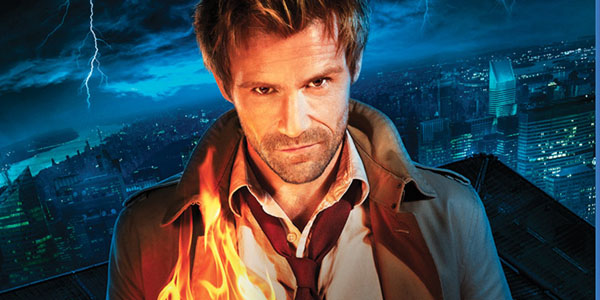 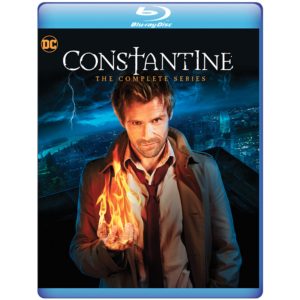 Based on the wildly popular DC character, seasoned demon hunter and master of the occult John Constantine (Matt Ryan) is armed with a ferocious knowledge of the dark arts and a wickedly naughty wit. He fights the good fight – or at least he did. With his soul already damned to Hell, he’s decided to abandon his campaign against evil … until a series of events thrusts him back into the fray, and he’ll do whatever it takes to protect the innocent. With the balance of good and evil on the line, Constantine will use his skills to travel the country, find the supernatural terrors that threaten our world and send them back to where they belong. After that, who knows … maybe there’s hope for him and his soul after all.

Matt Ryan (The Halcyon, Criminal Minds: Suspect Behavior) stars as Constantine, a role he has since reprised for Arrow and as the voice of the animated character in the upcoming Justice League Dark.

“Actors don’t generally like to revisit their own filmed performances, but I really enjoyed watching the episodes myself because Constantine is such a bold, outright character – both to play and to watch,” says Ryan. “He’s this brilliant ball of wise-cracking, chain-smoking street magic – and it’s so much fun exploring his fascinating, dark world of torment and mystery. I’m happy the fans will now have the opportunity to experience the series on Blu-ray, plus all the bonus features.”

Writer Daniel Cerone (“The Mentalist,” “Dexter”) serves as executive producer with David S. Goyer (“Man of Steel,” “The Dark Knight Rises”). “Constantine” is produced from Bonanza Productions in association with Warner Bros. Television. The show is based on the wildly popular comic book character from DC.
Content

Warner Archive Collection (WAC) continues to serve as hosts to some of the most treasured films, television series and animated entertainment in history, particularly in the fanboy realm. WAC runs the gamut from live-action classics like Ladyhawke and Wolfen to beloved TV faire such as Superboy, Wonder Woman (1974) and Shazam! to animated greats like Justice League Unlimited, Young Justice, Batman: The Brave and the Bold and Beware the Batman. WAC has recently brought Vertigo television series titles to Blu-ray, most notably with 2016 releases of Lucifer: The Complete First Season and both first & second seasons of iZombie. WAC offerings can be found via Amazon and many of your favorite online retailers.