Too Cool: The White House Responds To Death Star Proposal 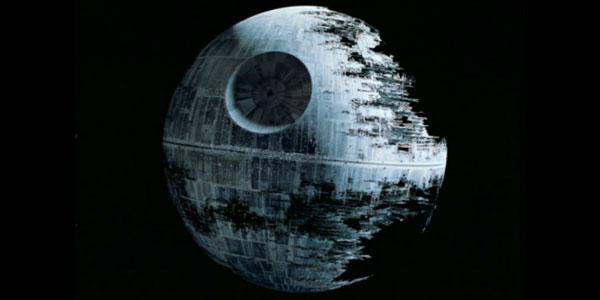 I had a feeling President Obama’s administration were a cool bunch of people, and their response to the “We The People” proposal to build a real-life Death Star proves it.

“We The People” is an online petition program launched by Obama’s administration, a chance for citizens to influence policy decisions.  Also, to propose that the US government “secure resources and funding, and begin construction of a Death Star by 2016.”

Rather than ignore this hilarious post, the White House instead got in on the joke, issuing a statement as to why the White House opposes the idea.  Released by the White House’s Science and Space Branch Chief Paul Shawcross, the statement issues three reasons the project will not be moving forward:

1. “The construction of the Death Star has been estimated to cost more than $850 quadrillion. We’re working hard to reduce the deficit, not expand it.”

2. “The Administration does not support blowing up planets.”

3. “Why would we spend countless taxpayer dollars on a Death Star with a fundamental flaw that can be exploited by a one-man starship?”

The statement goes on to describe some of the administration’s actual space achievements, but the Star Wars stuff is priceless, and proves this administration is hip enough to know how to have some fun.  I love it.