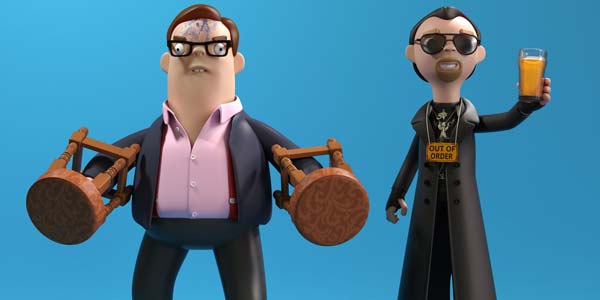 A first-time (maybe?) toymaker called Evil Corp just revealed some of the coolest toys of the year.

So there’s a company called Evil Corp, who– among other projects– made some very cool vinyl figures based on the multitude of characters played by Simon Pegg and Nick Frost in Edgar Wright’s “Cornetto Trilogy” (that’s Shaun of the Dead, Hot Fuzz and The World’s End, for the uninformed).  From what I can gather, Evil Corp made these guys just for fun, but the internet (rightly) responded with a collective HOLY SHIT, THESE ARE AWESOME! 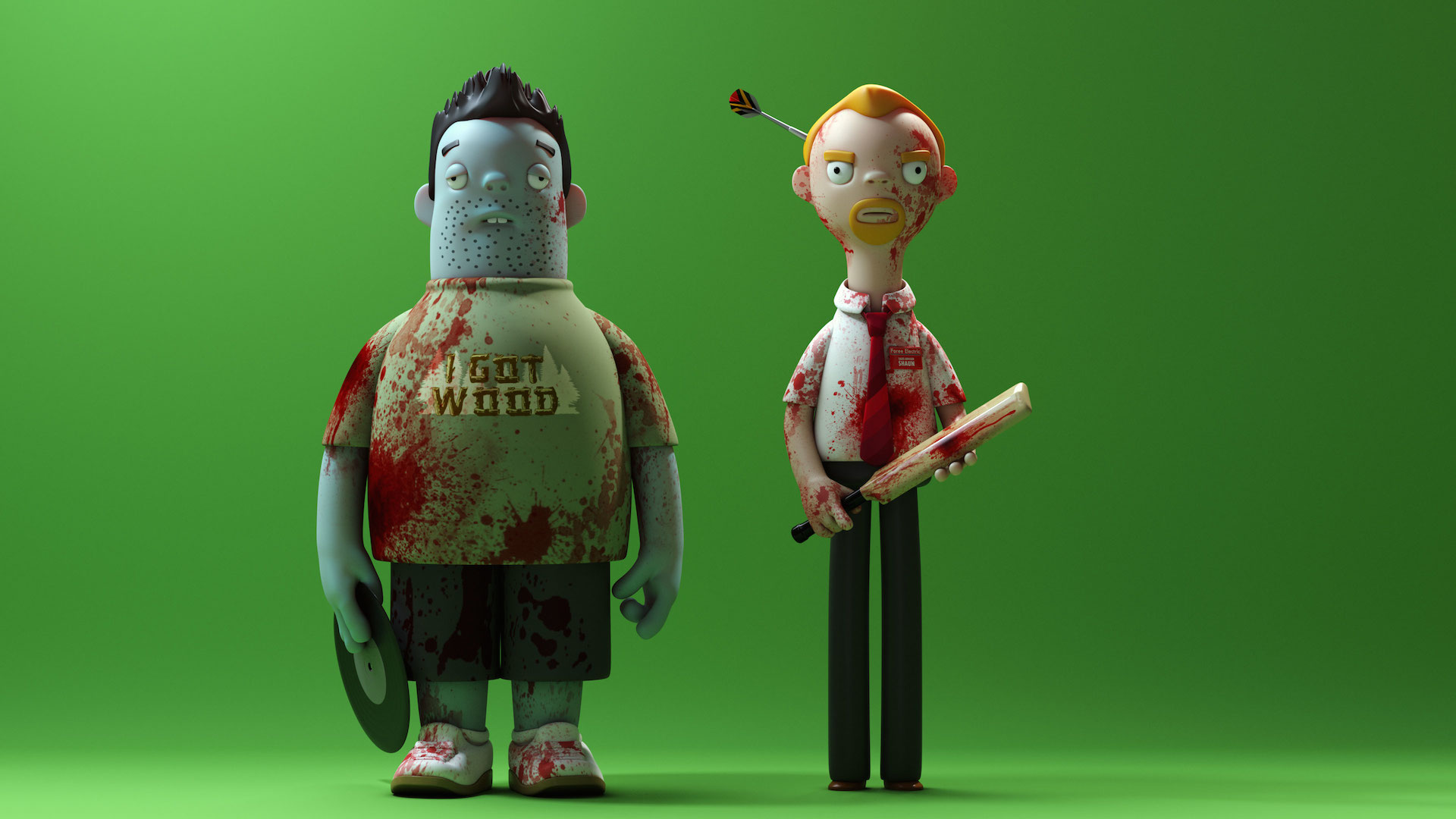 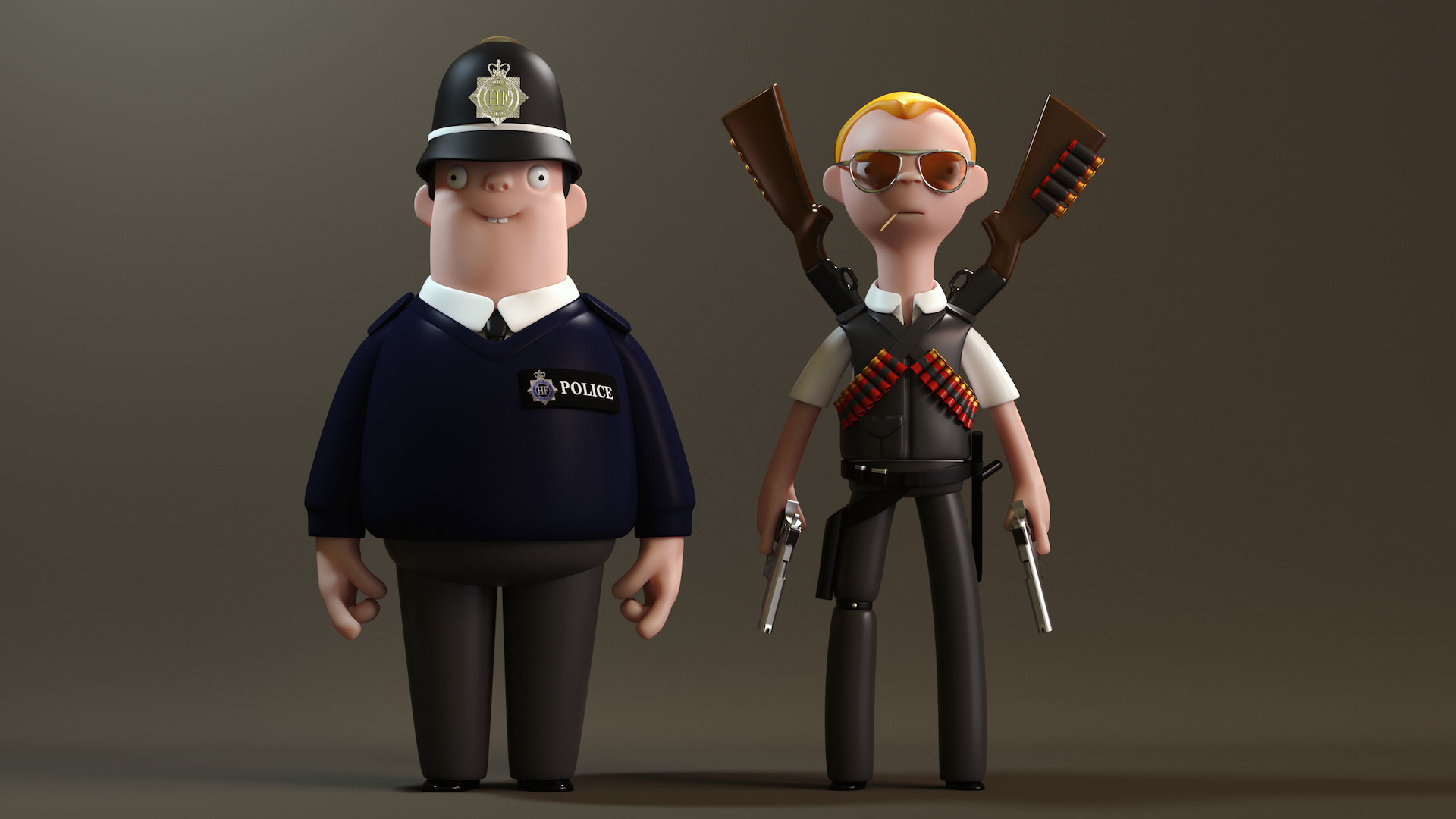 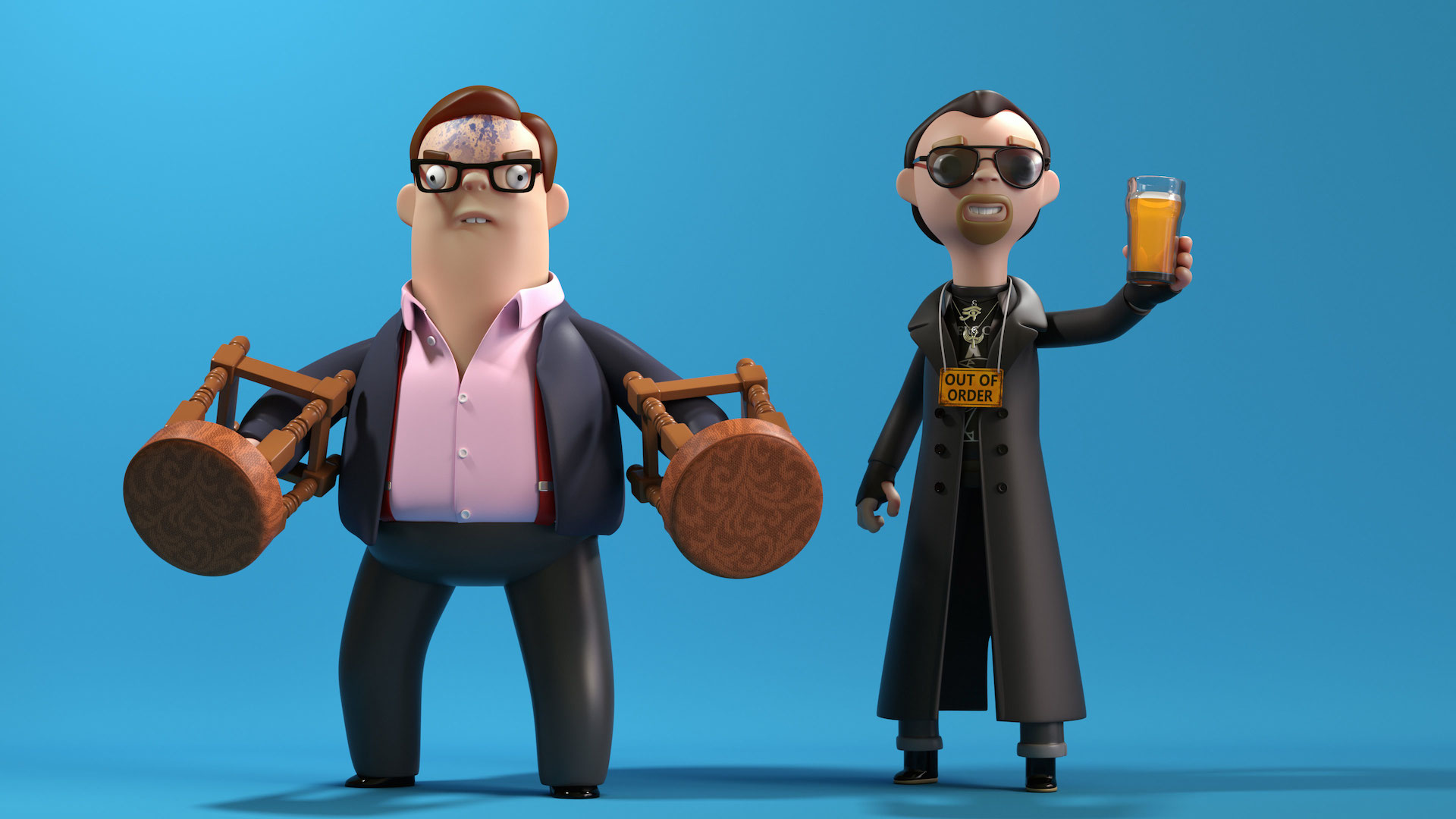 I mean DUDE– all those little details!  Like Nick Angel’s toothpick and the blue blood spattered on Andy’s face… the adorably vacant stare on Danny’s genial mug and the sudden onset of determination in Shaun’s expression… These sculpts are utterly adorable, wonderfully stylized, and yet completely inform the respective characters, in a way only someone who truly connected with these films could pull off.

But the Cornetto figures is just the tip of the iceberg, as Evil Corp follwoed up with more sculpts, based on everything from Stanley Kubrick’s The Shining: 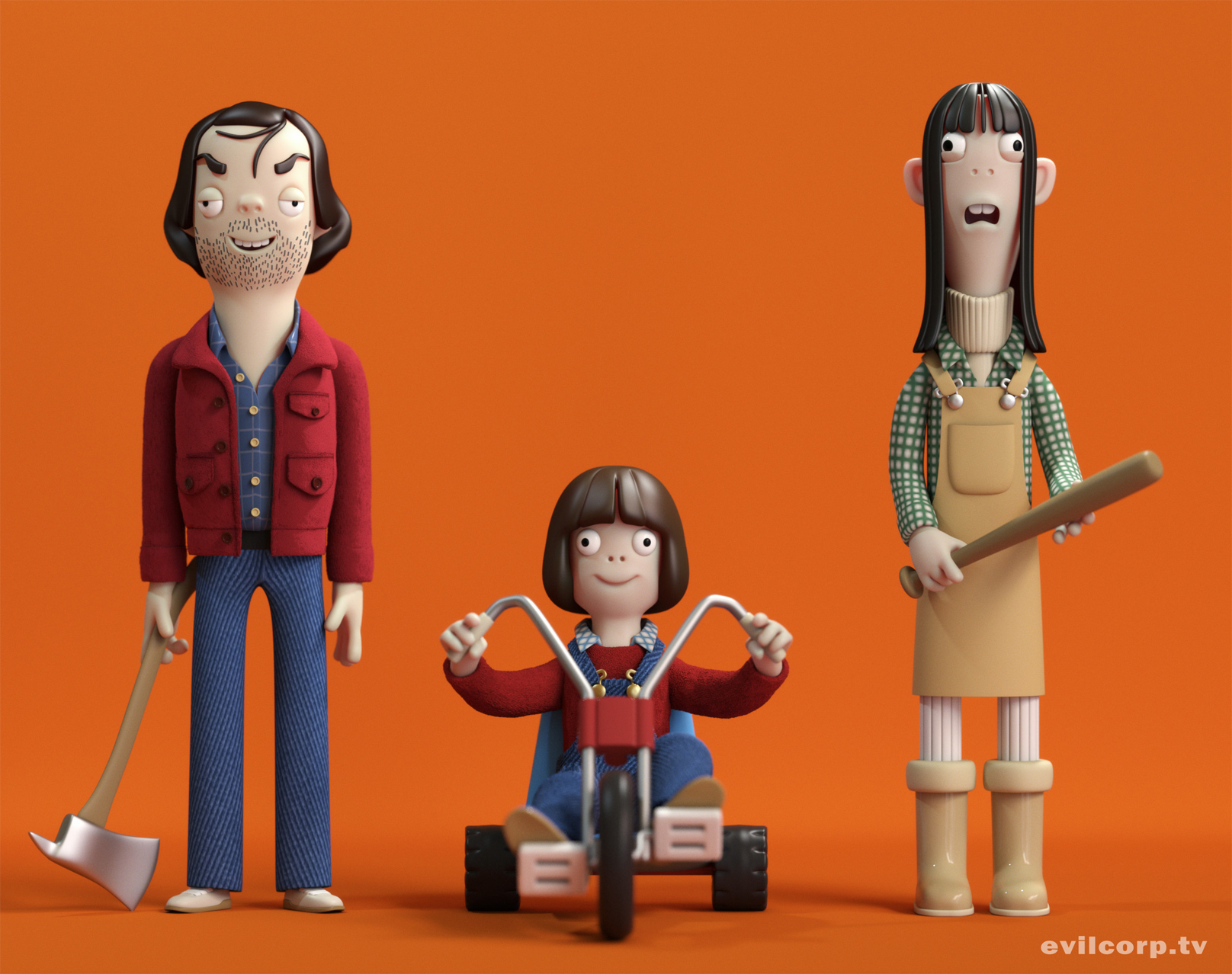 To American Werewolf in London: 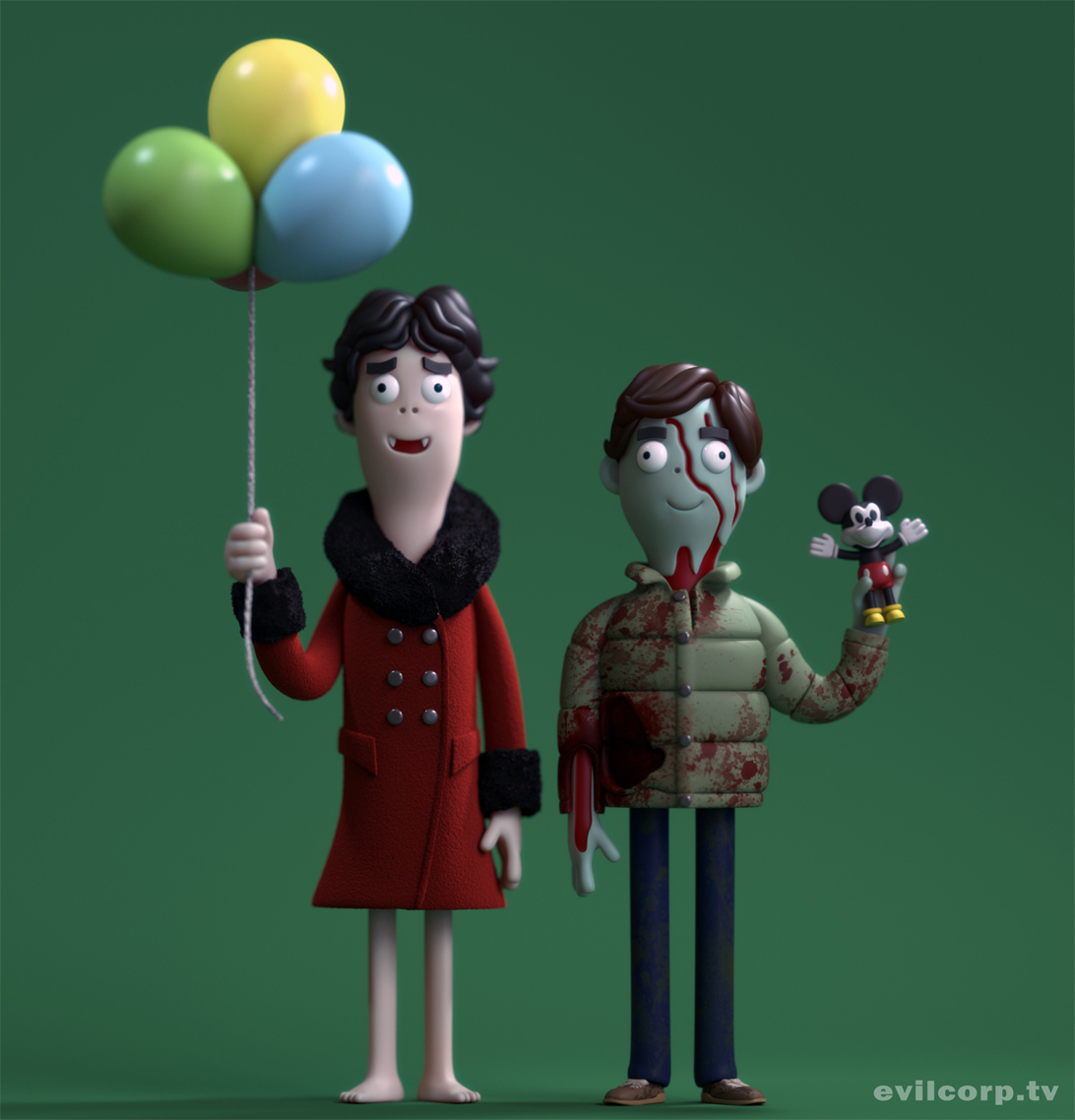 To BBC’s brutally hilarious The IT Crowd: 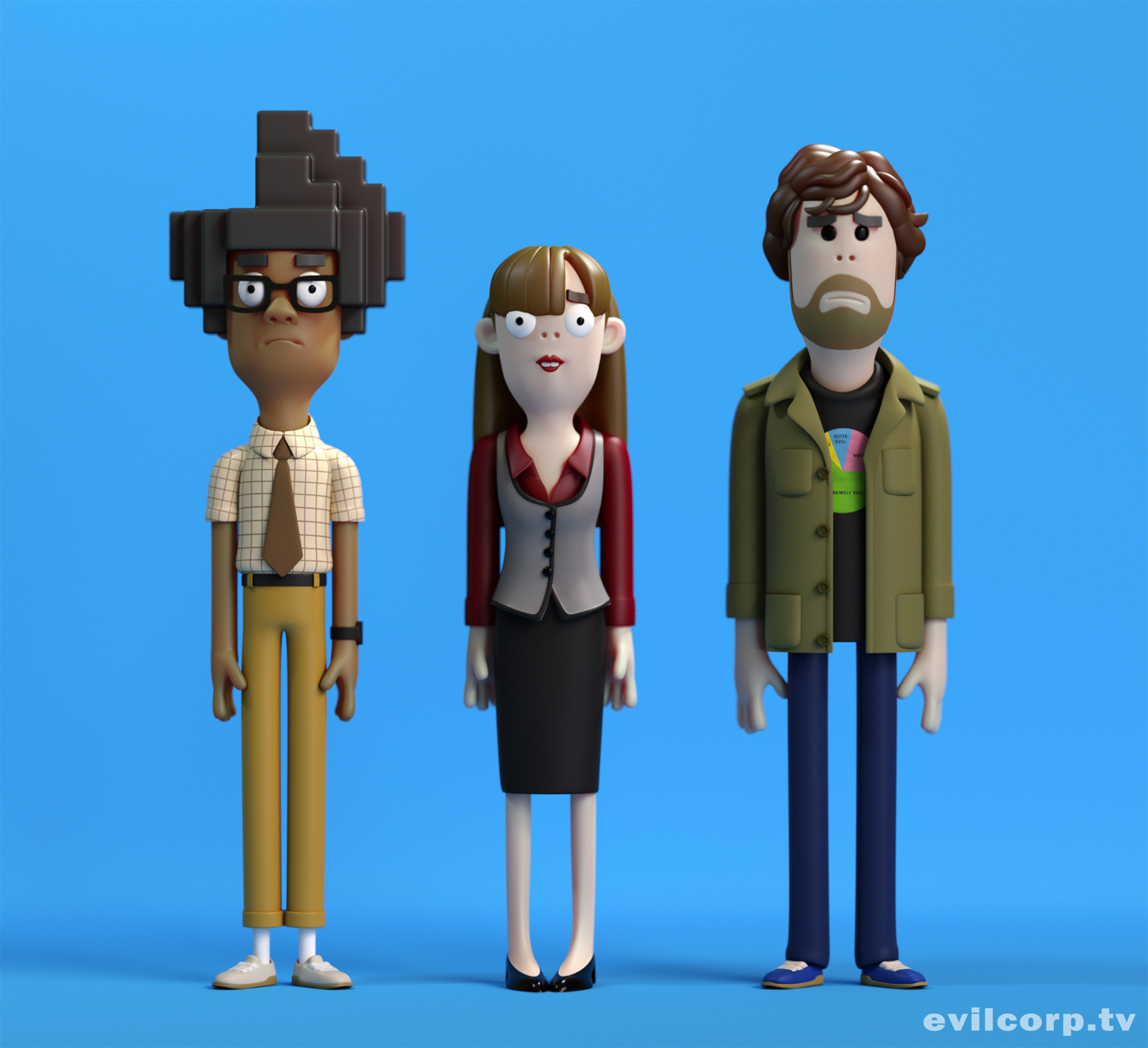 And even a trio of figures based on some of David Bowie’s most iconic personas: 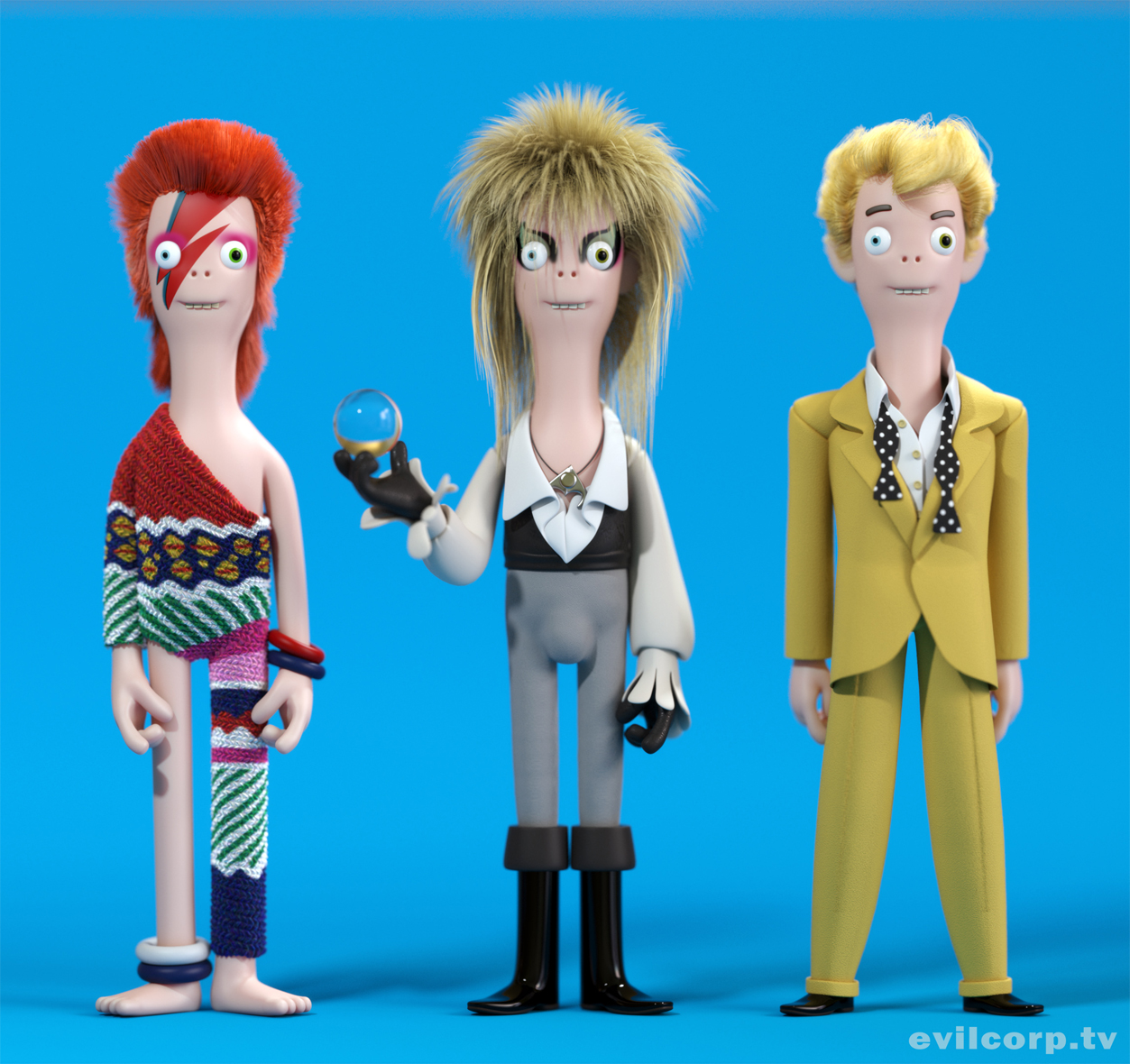 So cool!  It literally seems like the only common thread here (aside from a heavy British lean) is that each of these properties is completely awesome.  I want them all!!

Aside from these photos, there’s no official word on what’s up with any of these figures yet, but Evil Corp has hinted that they have a big announcement about a Kickstarter campaign coming this week.

Fingers crossed, some of these great sculpts will see release… But even if the Kickstarter is for something entirely different, Evil Corp is officially on my map of companies to watch.  These figures show a real sense of humor and fidelity for the source material, and showcase the impressive talent of these until now unknown designers.  I can’t wait to see what else they have up their sleeve!