Behind The Cowl Of Beware The Batman 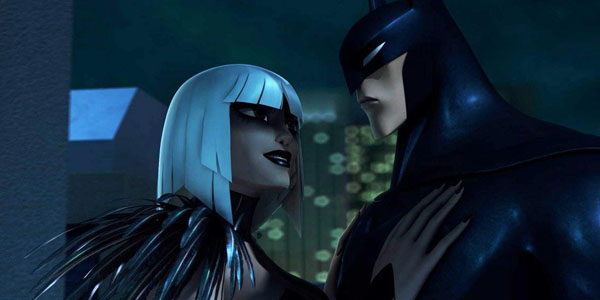 Beware the Batman takes fans into a era in Batman’s carrier not exported and adds a few twists. We had a chance to sit down with the creators and cast of the show to get some insight into this fresh take on a classic character. 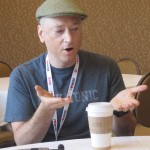 Talking to the show’s creators, Mitch Watson and Glen Murakami, we learn what was behind creating this new world for Batman to grow into a hero and protector. Gone are the cartoonish villains we are used to like the Joker and Two Face, who have been replaced with characters like Anarchy and Magpie. When talking about creating this new Gotham, Watson comment that there were “a lot of hurdles we had to get over,” but “Thankfully everyone got on board with it.” Murakami and Watson were going for a more cinematic feel combined with “a 70’s crime show” playing up on the detective aspect of batman, something that has been lacking in the more recent versions of the character. “ Those were aspects of the characters and we wanted to focus on that” said Murakami. 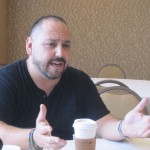 It was a challenge for the two to change the character so much but keep the roots of who both Bruce and Batman were in the comic world. One of the biggest changes was the character of Alfred. Actor JB Blanc has taken on a new Alfred, who is at the core the same care taker that has been raising Bruce since the death of his parents. “I knew it was something of a very different take, and I just went with what I felt,” when talking about recording for voice director Andrea Romano. The character is not the upper class butler we have come to know, he is a former MI6 agent with a gruff exterior and cockney accent. “It is a new imagining, the fundamental relationship between Bruce and Alfred has not changed,”said Blanc. 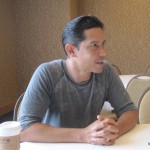 The other half of this new duo is Bruce Wayne. When talking about the development of this younger Bruce, Watson and crew wanted to make a clear distinction between Batman and Bruce. ““If he goes full Batman, Bruce Wayne will cease to exist,” said Watson. Taking on this younger Bruce is actor Anthony Ruivivar, most recently know for his work on Southland. “He is pushing himself,” said Ruivivar about Bruce. This Bruce Wayne is navigating this new path and he does not know everything the elder Batman knows in the comics. During this season “We deal with this whole thing where he has to spend more time as one persona than the other. And since Batman and Bruce Wayne are such yin and yang you cant have one without the other and it really starts to take its toll on his psychologically,” Ruivivar said.

After watching the first few episodes the show does give fresh twist on the Batman mythos. There are some fun easter eggs in the show, and hopefully will last longer than the Green Lantern series.