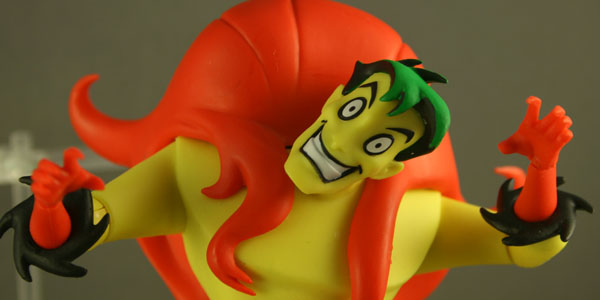 The Creeper is a great looking figure… who is nonetheless inhibited by shortcomings in his design.

Creeper is the first release in wave 3 of DC Collectibles’ Batman: the Animated Series action figures. Featured in one lone episode of The New Batman Adventures, this will be the singular version for Jack Ryder. He comes with accessories as eccentric and random as he is. Creeper is certainly a vibrant character in the box, with his red, yellow, and green color palette against the signature TNBA blue packaging. Outside of the box, the figure is a combination of pleasant surprises and unfortunate disappointments. This figure really shines a spotlight on a number of essential and needed changes to this line if DC Collectibles wishes to succeed.

The sculpt hits all the major points in his design. The face was pulled straight from the model sheet, for better or worse (Creeper never sustained that face, and maintained a more relaxed look throughout the episode). Also of note, when you look at his face, you’ll realize the eye and eyebrow placement on both sides makes his face asymmetrical. It looks like the left side of his face is making a run for it, but only on close inspection. It was my impression that Ryder’s look was altered, but not at the skeletal level. Creeper’s hair, keeping with his origin in the series, takes a visual cue from the Joker.  He is a basic yellow-skinned body with green and black striped trunks, red gloves and boots with a black fur trim, and a humongous red pelt on his back. Ryder’s red pelt is beautifully sculpted, but the plastic used is very hard, thick, and can’t be adjusted nor removed, making Creeper quite top-heavy. Since he crouches and hunches forward a lot, it wouldn’t be an issue, or so I thought. The heavy red pelt is directly behind his head, with no room to make his head look up when posing. A half-inch cavity in the pelt really would have made all the difference. 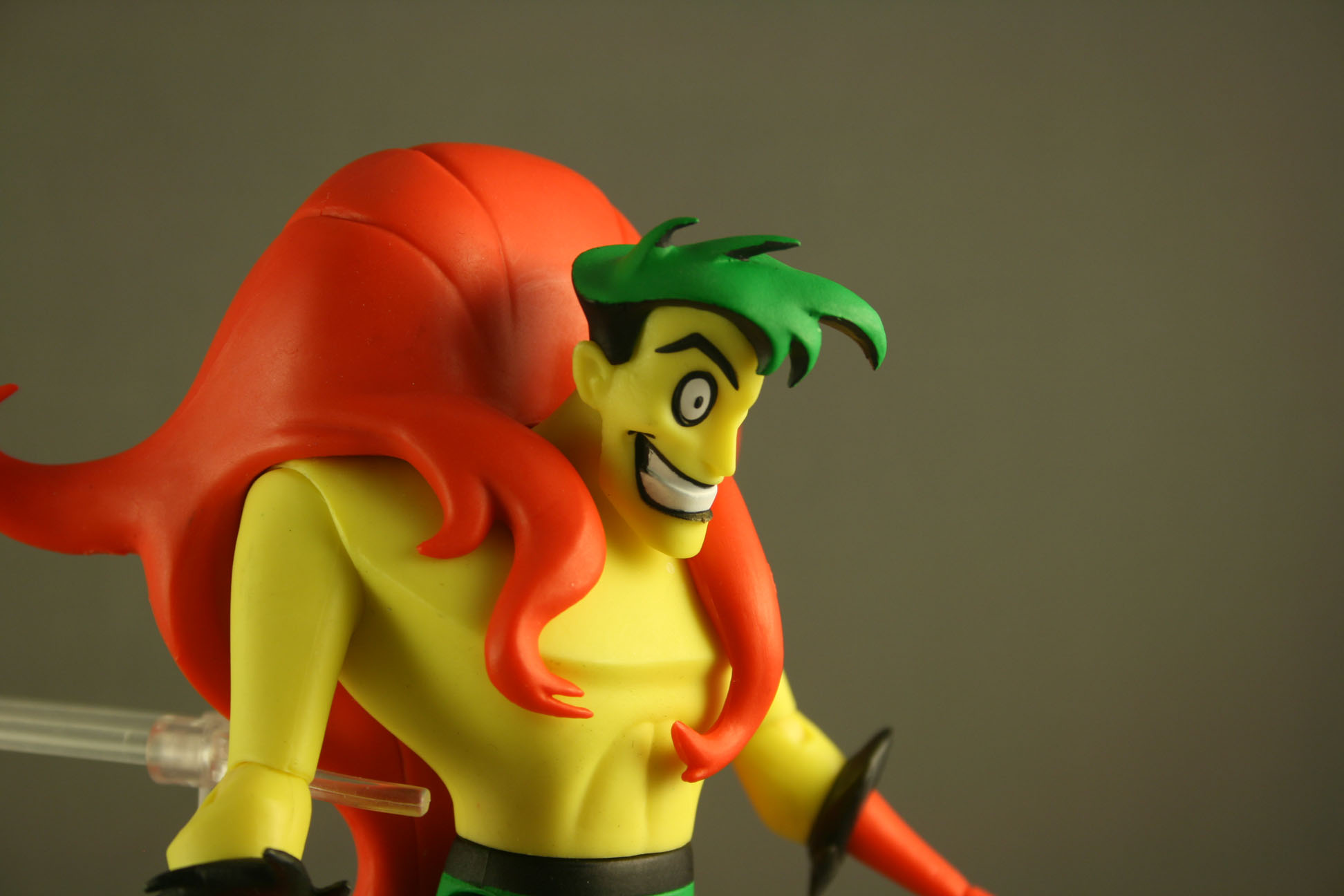 The articulation improves on the Kenner figures from almost two decades ago, but once again, most of the new movement is sabotaged by the sculpt and design.  Creeper has neck, pseudo ball shoulders, waist, elbows, wrists, swivel hinged hips, knees, and ankles. What is there is really nice. Almost every joint moves adequately, with special praise to the ankles and the wrists. These small joints move pleasingly with little fear of breaking. Kudos to DC Collectibles for this success.  That said, I will never understand why, but another DC Collectibles figure has a T-crotch hip with a diagonal piece of plastic front and center, creating a Y-shape on the pelvis. I called it a Y-crotch, but my friend more accurately termed it a “why-crotch”. It basically inhibits any forward hip motion beyond a 30º angle, and any attempt to move beyond that results in warping the plastic blocking the way and scraping paint. The Creeper is agile and takes a crouching stance quite a bit, so hip movement is paramount to the character. This plastic shroud is unnecessary, unacceptable and needs to be excised from all future figures. It is the most counter-productive addition to an Animated Series figure since Joker’s diagonal knee joint from behind. It’s hard to imagine that this is the same company that’s giving us the upcoming DC Icons figures. The figure’s shoulders are another issue. Gentle Giant extended the pecs and front deltoids all the way to the top of the shoulder. It gives the toy’s torso a clean V-shape, but forget any front lateral shoulder movement. I cannot– and will not– understand why this fear of sacrificing aesthetics for posability exists in a line meant to be…poseable. If articulation is a hallmark (and main selling point) of the property, then the figure needs to be allowed to move. It breaks my heart that my Kenner figures can move better than what I have here.

The figure does redeem itself in the accessories. Creeper includes an episode-centric pool stick, an Adam West Batman Halloween mask (during the hilarious scene when Jack was putting together his costume), a rat, alternate hands, and the standard-issue model sheet figure stand. These are fantastic touches and really bring out the best in the episode: the fun wacky nature of Beware the Creeper.  This is the part where I’d acquiesce that the figure, all shortcomings aside, looks nice when placed on his figure stand. Unfortunately, not even this was worked out. His grip is the same as the other figures that don’t have capes: with the poles jutting out behind the toy so the depth on the stand’s grip is adjustable. His pelt blocks any access to his waist, and the pelt itself is too thick for the grip to grasp. It’s bad enough Creeper barely stands unassisted, but the one figure who actually needs a figure stand can’t take advantage of this tool. That’s really an avoidable and glaring oversight.

I want these toys to be the quintessential Batman: the Animated Series collection. I want this badly for me as a fan, but more so for the hardworking team at DC Collectibles. They are certainly on the right track. Right now, every release leaves me looking ahead to the re-release that addresses and fixes these blatant design issues. DC Collectibles really needs to stop and take more time to see how the characters move and function both in the series and as toys in order to overcome these self-made obstacles. While this would certainly be worse for a more prominent character in the series, it’s so tragic that both the sculpt and design can deflate the experience for a character as colorful and fun as the Creeper. 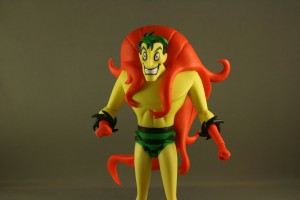 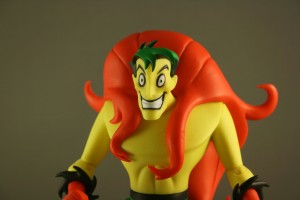 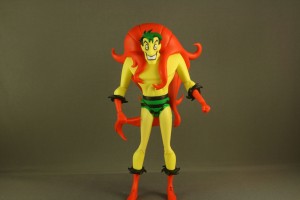 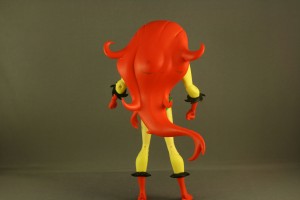 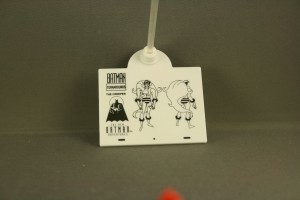 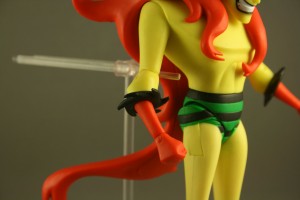 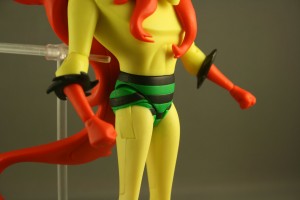 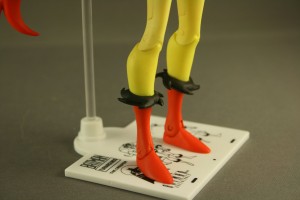 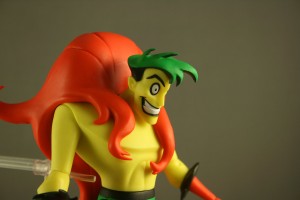 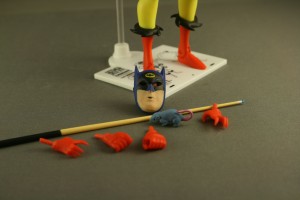 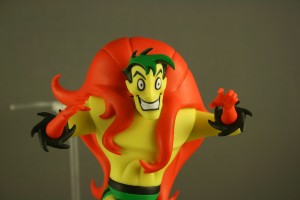 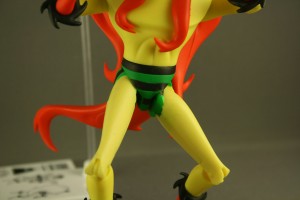 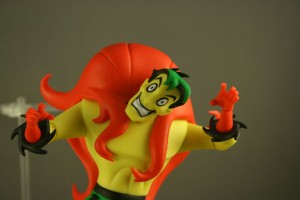 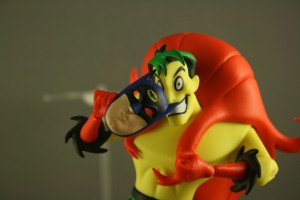 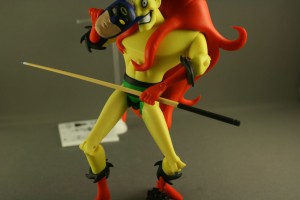 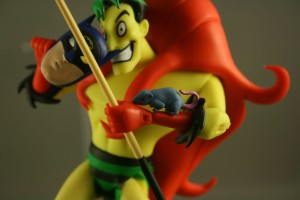 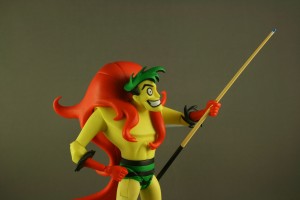 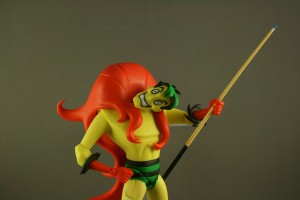 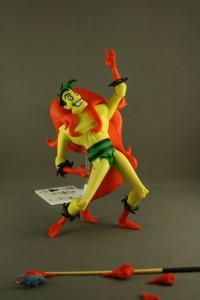