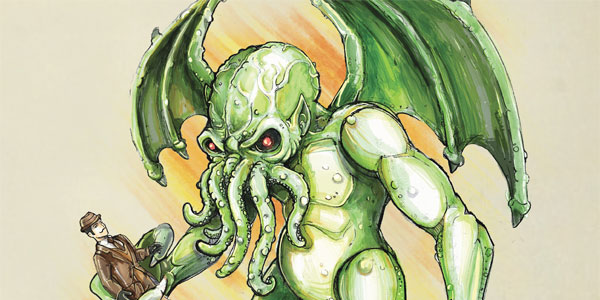 The Legends of Cthulhu Kickstarter campaign remains the coolest toy line of the year with its latest figure reveals.

Of all the Kickstarter campaigns and all the toy lines on the horizon this year, Warpo Toys’ Legends of Cthulhu is one of the best and most exciting.  The product Warpo has developed feels like the real deal, a set of action figures that painstakingly convey the look and feel of retro toys, from their simple articulation pattern, to their odd areas of amazingly intricate detail, to the delightfully questionable nature of their source material.  Seriously– think about the number of crazy inappropriate but awesome looking toy lines we were all obsessed with as kids, and tell me the Cthulhu figures would not have been a perfect fit!

Warpo’s Kickstarter has achieved full funding, and even unlocked a pair of stretch goal variant– translucent Conjured Cthulhu and the Cultist’s black clad High Priest– but the toymakers have upped their game again with the final pair of Stretch Goal figures, revealed yesterday on IGN.  At the $140k mark, the campaign will unlock the H.P. Lovecraft figure.  Lovecraft has been tangled into his own mythology on many occasions, so I think this is a great choice for a bonus figure.  Any Kickstarter contributor who goes in for a set of the four basic figures (a little over $100) will get Lovecraft, the Priest and Conjured Cthulhu included with their order.

The last figure is the coolest of all– if the campaign hits the $200k mark, we will see a 12″ Cthulhu figure.  TI totally saw this one coming, but I was very surprised to see– based on Warpo’s control art– it looks like their elder god will be an all new sculpt, and not a size-up of the smaller figure.  Cthulhu looks perfect, and totally channels the same vibe as those awesome (and also sort of Lovecraftian) Inhumanoids giant figures, who were among the coolest toys of the 80s.

What makes this toy line special is how thoughtful each facet of these figures is.  The design of each figure is great, in line with the retro style of the concept but also sharp and iconic and wonderfully detailed.  The character selection is smart and equally well thought out, especially since Warpo opened up army-building options for the Deep Ones and Cultists.

Hell, even the packaging is incredible, with art by Ken Kelly.  Not only did he work on the Micronauts and Dungeons and Dragons card artwork, he’s the guy responsible for the cover art on KISS‘ Destroyer album!

There’s just under two weeks left of the Kickstarter campaign, and we’ve got a long way to go before Cthulhu gets unlocked. As far as I’m concerned, Warpo totally earned my dollars, and if they’re going to put this much thought and attention to detail into every project they do, I think we may have a major new player in the toy world.  Click Here to check out the Legends of Cthulhu Kickstarter, and to make your contribution. 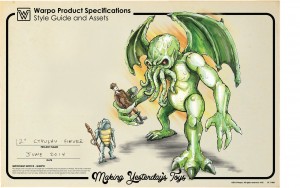 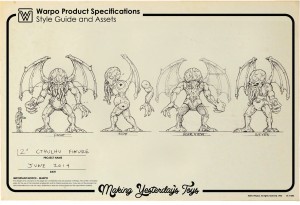 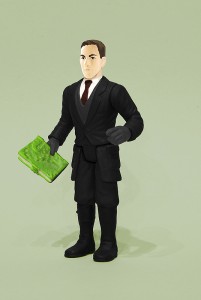