Custom Korner: Adding Some Variety To Your Hobbit Orcs 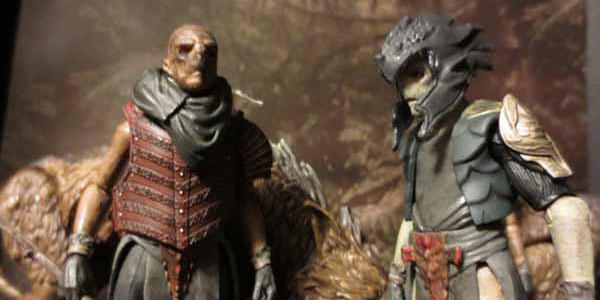 The Hobbit: Desolation of Smaug is out this week, so I wanted to share some quick and easy orc customs you can add to your Bridge Direct Hobbit toy collection.

I love The Bridge Direct’s Hobbit toy line, but sales issues have limited what the toymakers have been able to release.  Thankfully, the 3.75″ scale Warg with Fimbul the orc did see wide release last year… including a clearance closeout at K-Mart.  When the set dropped to less than $5, I picked up some extras to build out a Warg pack, and I was left with a few identical orcs I wanted to change up.

One thing that’s great about WETA’s orc design for Peter Jackson’s Middle Earth movies is how disjointed and haphazard their designs are.  Most orcs wear slapped-together armor, so customizing them using old unwanted parts becomes very easy.  I grabbed a variety of 3.75″ parts and gear for my orc customs, and a few tweaks can go a long way to mixing up the look of these creatures.

For my first orc, I got rid of Fimbul’s cape and harness.  I added the armor overlay from the Rise of Cobra SDCC Destro, removing one shoulder pad to give him a more asymmetrical look.  I added the scarf and cape from GI Joe Pursuit of Cobra Dusty, which fit in nicely with the overall design.  I really liked how the accessories’ colors looked on the figure, so all I needed to do to finish him off was paint his skin a lighter shade.

Orc number two got slightly more involved.  I swapped out his upper arms with extras from Thor: The Dark World’s Dark Elf.  To do this, all I had to do was heat the arms and the orc’s torso under a heat lamp and then swap them out.  I liked the scaly vest that came with the first Marvel Universe Namor, so I added that to make the figure’s torso look less bland, then I topped him off with a helmet from Thor’s King Laufey.  A quick repaint and he was good to go!

Variety is the spice of life, and here’s just a few of countless suggestions you can do to add some flavor to your orc Warg party.  The heroes of Middle Earth are typically outnumbered by the forces of darkness, and quick, simple customs like these orcs can help make that happen on your toy self. 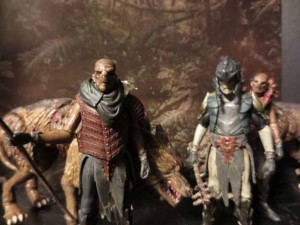 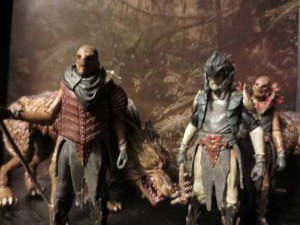 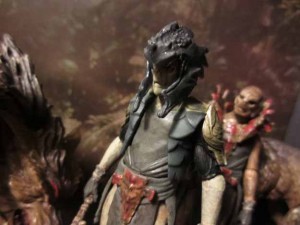 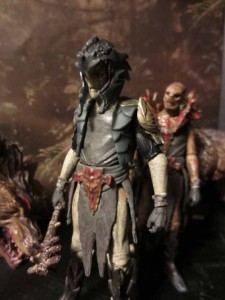 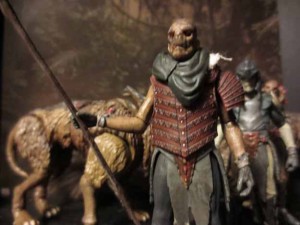 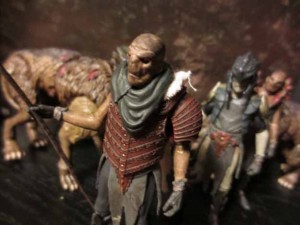 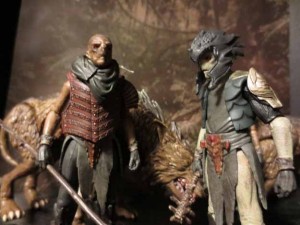 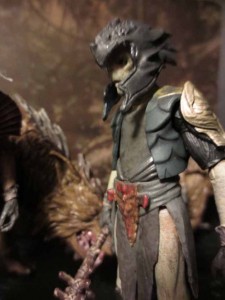 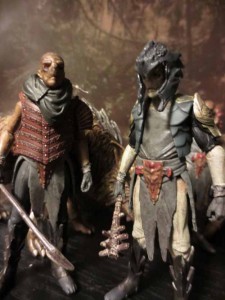 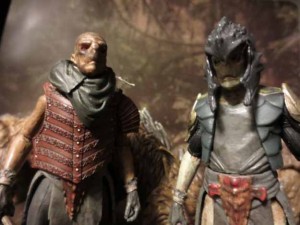 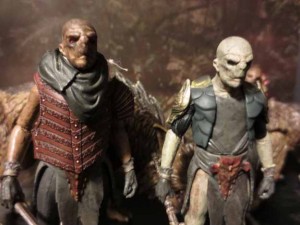 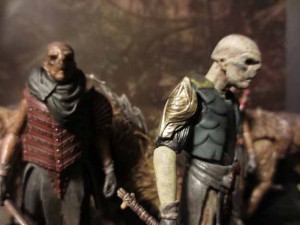 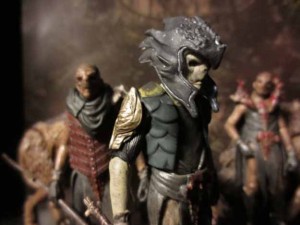 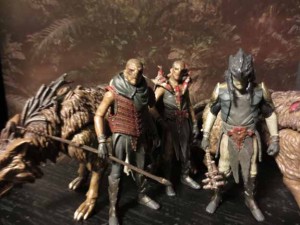 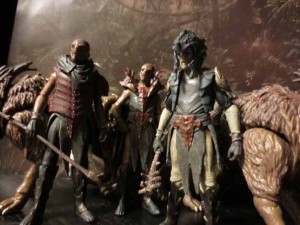 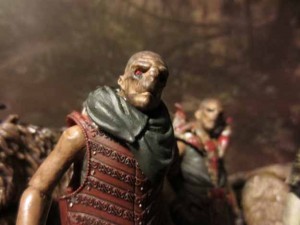 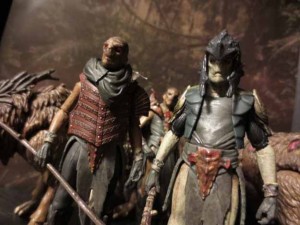