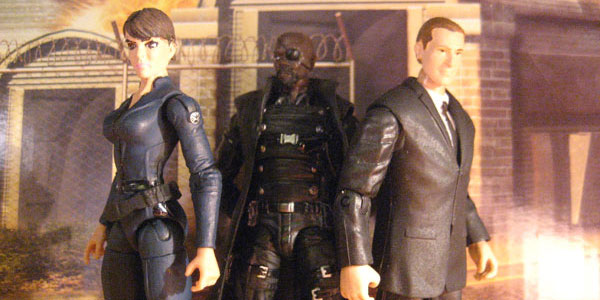 This week, we pay tribute to the unsung heroes of Marvel’s Cinematic Universe– SHIELD agents Phil Coulson and Maria Hill!

It’s a shame that after four big movie toy lines, multiple opportunities for convention exclusives and a growing online fan base, Hasbro has yet to deliver a Phil Coulson: Agent of SHIELD toy.  Clark Gregg’s agent has definitely garnered a following in Marvel’s movie-verse, and his small but integral role in The Avengers was one of the highest points of a movie filled with highs.

I took  matters into my own hands to crank out a super-simple 3.75″ Phil Coulson… as well as Maria Hill as she appeared in the blockbuster movie.

For Coulson, I used an Agent K Men In Black 3 figures from Jakks’ Pacific’s line.  They’re on clearance at most stores now, and it’s not the best suited body, but also far from the worst.  Coulson has a semi non-descript face, so I dug into the GI Joe parts bin to find a head.  I settled on Footloose, from the TRU exclusive GI Joe Rise of Cobra 5-pack.  I painted over Footloose’s mustache and plugged the head in place, using a tiny amount of putty to fill in the gap (as the head has a larger hole in it than the small neck peg of the MIB figure).

The result isn’t the fanciest work, but I think he bears a passable enough resemblance that he fits nicely on the shelf with the rest of the Avengers figures.

Maria Hill was technically released as part of Hasbro’s Comic Con SHIELD Heli-Carrier, but I’m glad I held off on that set, because Onyx Phoenix Productions made a fantastic casting of a Maria Hill head with a great likeness of actress Cobie Smulders.  Once I saw that, I also snagged a movie Black Widow (whose costume is virtually identical to the movie SHIELD agents).  The head came unpainted, so I painted the entire thing, while the base body just needed a few minor tweaks– I removed Widow’s wrist bands, swapped her hands with some female Joe ones, and cut off one of the two holsters on Natasha’s belt.  The, I just painted the body a navy blue, leaving patches of Widow’s black suit showing on the inseams, after the pattern of the SHIELD movie uniforms.

Both of these figures were very simple to make, and they work great as placeholders until Hasbro can deliver these guys.  And even if they never do, my movie Avengers shelf is a little more diverse now, so it’s a win either way. 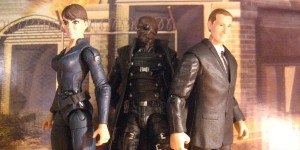 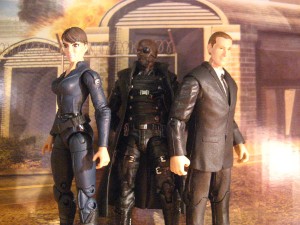 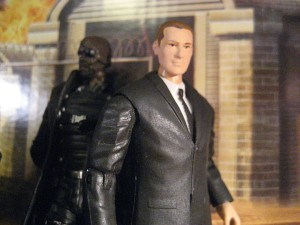 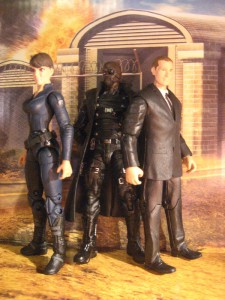 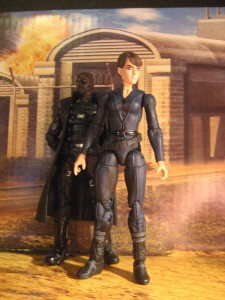 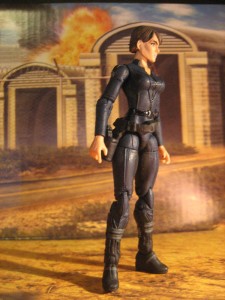 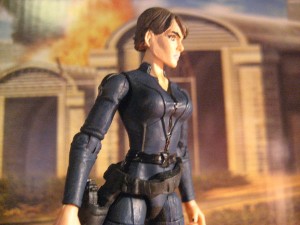