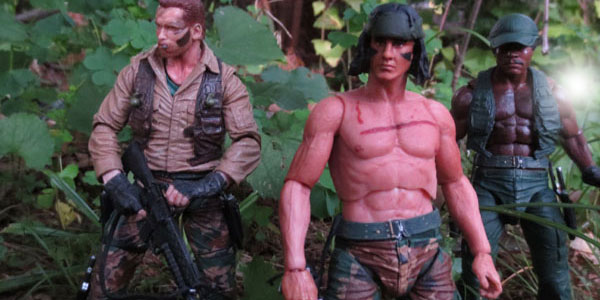 The Predator project continues, as a new warrior joins the ranks of Dutch and Dillon.

There’s a buzz that internet response has NECA trying to pull off figures for Carl Weathers’ Dillon and Jesse Ventura’s Blaine to team up with the previously released Dutch.  Fingers crossed, we will hear more at Comic Con in a few weeks… but that’s the extent of the crew that NECA is looking at releasing.  They certainly won’t be able to make Billy, because actor Sonny Landham is… well, kinda crazy these days.  Even Hot Toys couldn’t secure his likeness, so their super duper (and super expensive) Billy 12″ figure has a generic face instead.

But Landham’s nuttiness isn’t enough to stop me from my attempt to assemble Dutch’s whole team, so I decided to make a Billy figure myself!  The Native American tracker is pretty ripped in the movie, but he’s not as big as Dutch, so I decided to employ a Rocky figure for the arms and torso of my custom.  I slid off Rocky’s shorts (er…) and replaced them with the crotch piece, belt and legs of Dutch.  I also swapped out the Italian Stallion’s boxing gloves with a pair of Dutch hands.

I opted for a fully removable vest for Billy, so I could display his either with it or shirtless– and since he can rock the bare chest, I couldn’t not include his self-induced scar!  The cut is a simple paint app of deep red and copper paint, and the effect looks pretty cool.  It can be masked by the vest, which came from a WWE “Salute the Troops” Randy Orton (part of the K-Mart exclusive series).  Past that, I geared up Billy with a rifle, pistol and knife, and the machete that comes with Dutch.

The most elaborate part of this guy was the head.  There are not many figures that resemble Landham, so I opted to go kinda generic instead.  I had a head from the old Toy Biz Chase Stevens TNA Wrestling figure, who sported a headband similar to Billy’s.  I chopped off his scraggily hair and glued down a trimmed version of the hair from the Jonah Hex figure Quentin Turnbull (bonus– Turnbull’s hat is perfect for Blaine, so double score!).  I sculpted the headband on the back and sides of the head, and sanded it to synch up with the rubber overlay in the front.

From there, Billy got a paint job on the vest, face, hair and hat, which came from the Big Show also included in the WWE Salute the Troops collection.  Now I have a good looking Billy, armed to the teeth, who has a number of different display options, with the vest and hat both being removable.  I’m one step closer to the completed Predator team, and the best part is, while Billy includes a lot of varied parts, most were super cheap and easy to track down online. 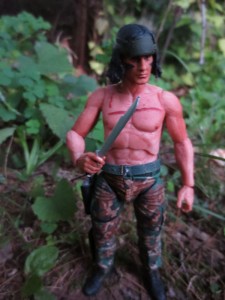 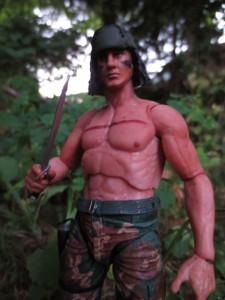 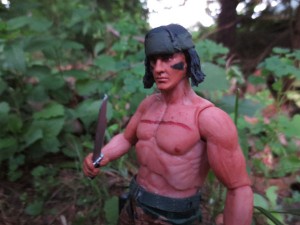 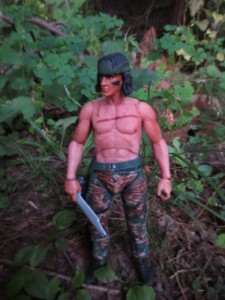 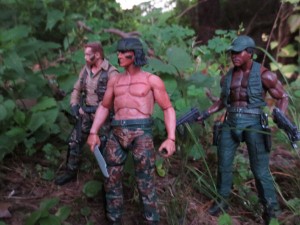 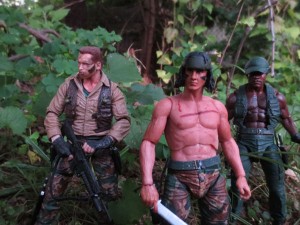 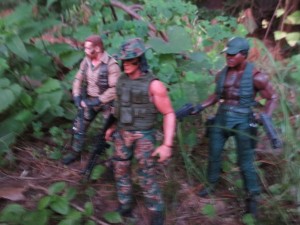 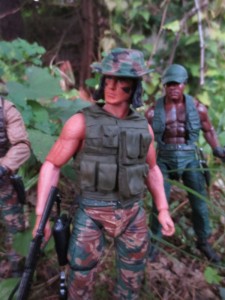 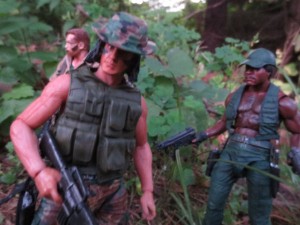 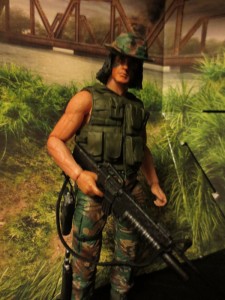 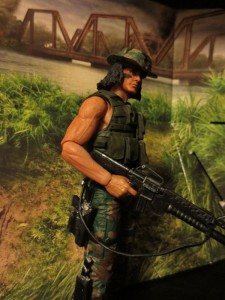 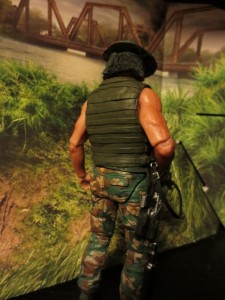 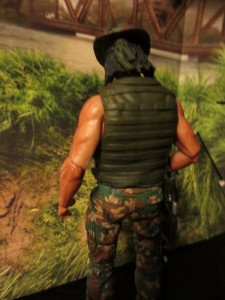 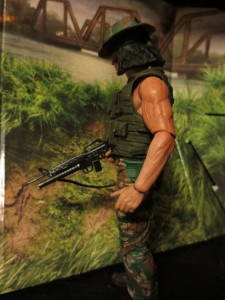 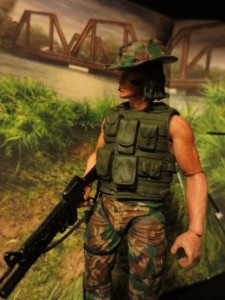 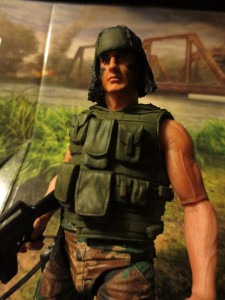 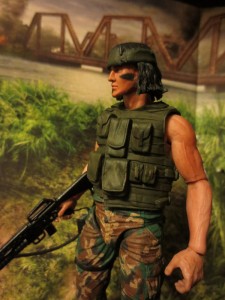 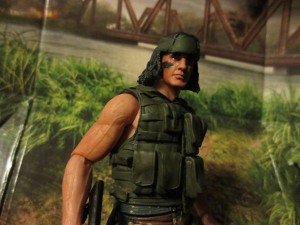 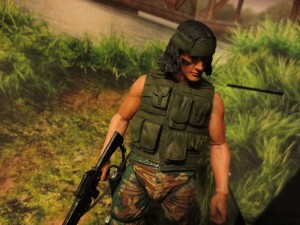 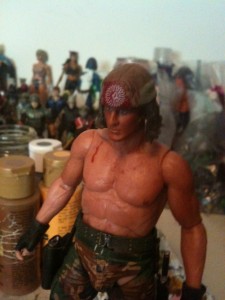 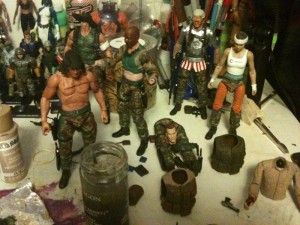