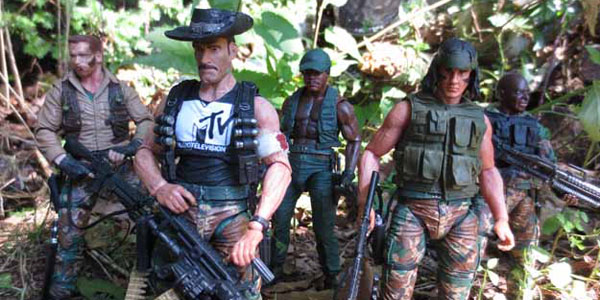 Next up on the Predator custom project is Blaine.  He was one of the most complex customs to build, but he’s instantly become one of my favorites.

The Predator project continues, and the next member of Dutch’s team I’d like to showcase is Blaine.  Jesse Ventura’s soldier of fortune was made on the tank top Dutch base body, with a sculpted bandage on his left arm.  His hat came from Jonah Hex’s Quentin Turnbull, with the side of the brim folded up and glued (I held it in place for about 48 hours with a thumb tack).

The head for Blaine posed the first big challenge.  Unlike some of the other actors, there are a number of Jesse Venture figures that have seen release.  The problem is, most of them are not very good.  One that bucked the trend was the 12″ Jesse For Governor doll from 1999.  It’s a novelty figure, but the likeness to the wrestler turned politician is kinda solid.  The only issue was, at 12″ scale, the head was way too big for a 7″ Blaine.

I hit up my friend Ahren at Improbable Cast, who used a product called Hydrospan 400 by Industrial Polymers.  This stuff is totally cool– you can cast a mold, and then shrink it by approximately 50%.  I had my doubts on whether or not it would work, but it couldn’t have gone better– I wound up with a perfectly scaled Jesse Ventura head for my new figure.  The 12″ figure featured a neck attached to the head, so I sawed that off, then dremelled out the head a bit to fit it on the neck of the Dutch body.  One I got it sitting the way I wanted, I sculpted a quick ridge around the head to make Blaine’s ‘do rag, and when that dried I painted him up.

Once he was fully painted, I switched my attention to Blaine’s gear.  The character wore different straps than his teammates, to support his ammo pack.  I opted to go with Duke Nukem’s webgear, which had a nice, bulky look (although no back piece).  The webgear just draped over Blaine’s shoulders, and the open back is hidden by the pack, which is a radio unit from one of the 12″ GI Joe knockoffs at Toys R Us.  I tackled another Joe -esque set for the Minigun.  That came from a Real Heroes 3.75″ playset at Big Lots.  The set is small, but the figures’ oversized weapons actually fit a 6-7″ figure quite nicely.

Once he was all assembled, I glued down an MTV logo on his shirt and sprayed him down with a layer of dullcote to seal him up.  There’s a lot of headsculpts that could approximate Blaine, but I really wanted to try something different with my take on the character.  I’m glad I did, because I think this approach pretty much nails the look I was going for. 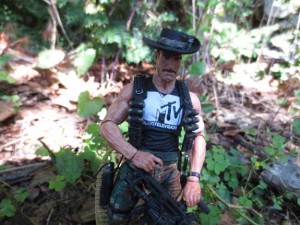 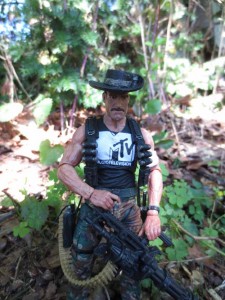 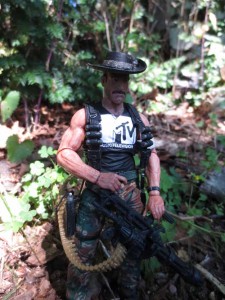 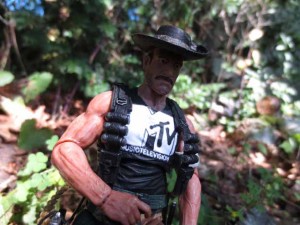 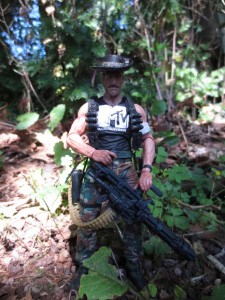 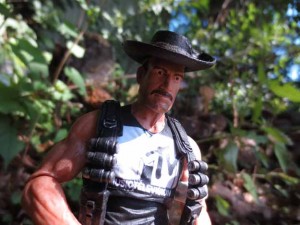 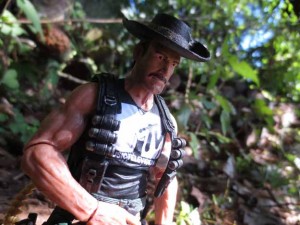 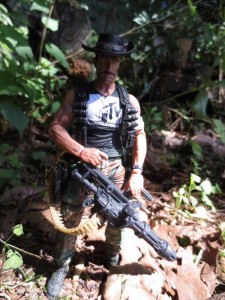 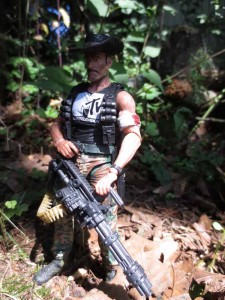 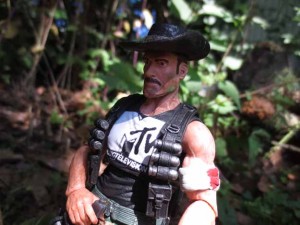 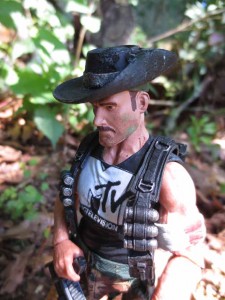 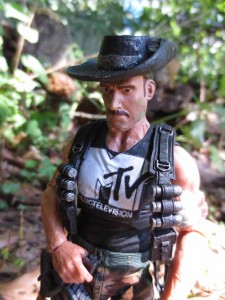 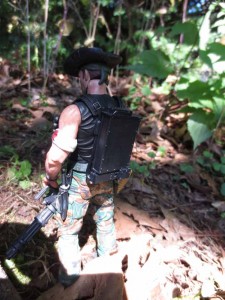 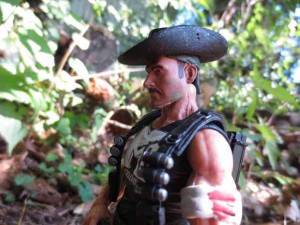 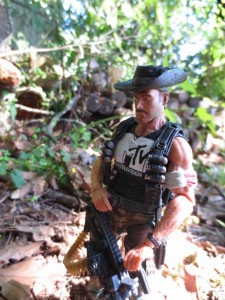 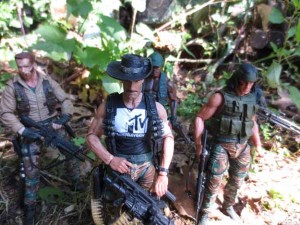 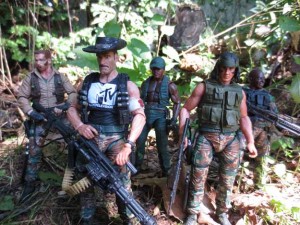 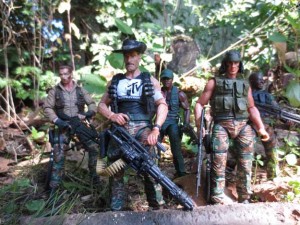 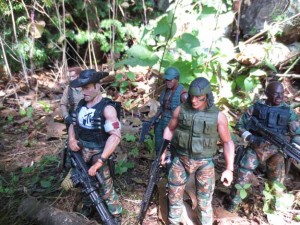 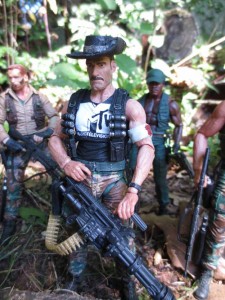 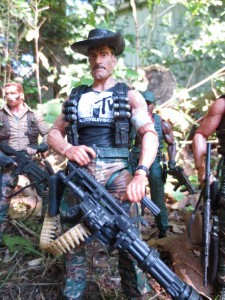 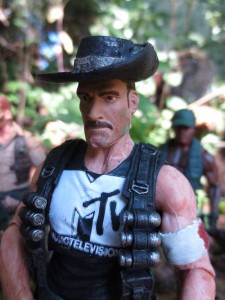 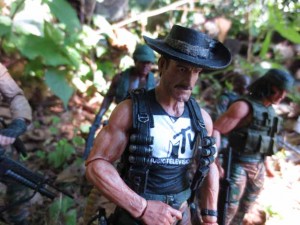 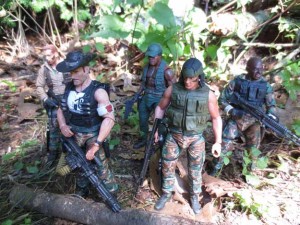 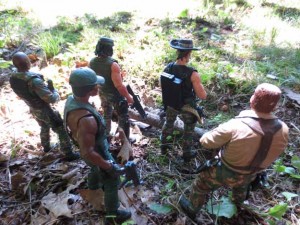