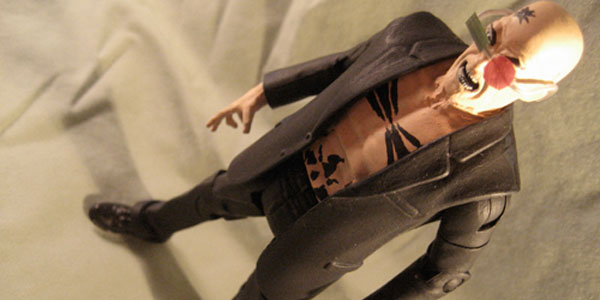 One of the best Vertigo characters ever was crusading gonzo journalist Spider Jerusalem, star of Warren Ellis and Darick Robertson’s brilliant Transmetropolitan.  Spider was only released once in toy form, so it seemed like time to do a modern take.

Transmet is one of my favorite comics ever, and Spider Jerusalem was one hell of a protagonist.  Ellis’ dialogue made him a compelling guide to the bizarre cyberpunk future crafted by he and Robertson.  And Robertson’s design made Spider an instantly iconic character.

When the book was still running in the late 90’s, DC Direct released a pretty lousy Spider figure, but he’s never been realized in toy form since.  I set out to change that– inspired by the inclusion of Vertigo figures in their DC Universe line, I opted to use Mattel’s DC style figures as my base for Spider.

Most of Mr. Jerusalem here was formerly a Joker Goon from the Dark Knight Movie Masters series. The arms, lower torso, legs and jacket were all perfect– the problem is, the Movie Masters are a slightly smaller scale than DC Universe figures.  That works for Spider, as he’s a diminutive sort of guy, but it took some doing to find a bare chest that fit the scale and style. Ultimate, I realized my best best was the small and skinny Sinestro (version one) chest, which fit wonderfully in scale on the goon body.  And as soon as I saw DCUC Deadman, I knew I found my Spider head.

Once he was assembled (NOT fun, thanks to the need to crack open the hinged lower torso of Sinestro, which took some doing), I painted him up head to toe (including Spider’s Darick Robertson-designed tattoos), then added the jacket. For the iconic red and green glasses, I cut the shapes out of those little tabs on the edges of some file folders.  Once I had the shapes, I lined them up and glued them onto a twist tie which I then bent and cut to shape– just a straight line, really, bent at the corners of Spider’s head with a little twist down behind the ears to hold the glasses in place.  It took some patience, and more than a few tries, to get the glue to hold while I was shaping the frame to the figure’s face, but in the end it mostly worked.

I’d still love to see Mattel and the Four Horsemen take a crack as Spider in their Club Infinite Earths collection, but to be honest, there’s not many spots open for Vertigo, from what we’ve seen, and there’s likely a lot of other characters we’d see first, between Sandman and Death or even Jesse Custer, the Preacher.  So if this ends up being the only way I’ll see a Spider Jerusalem action figure in the DC Universe, so be it– I’m happy with the result. 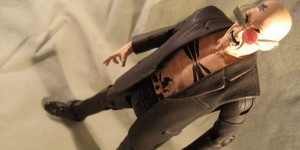 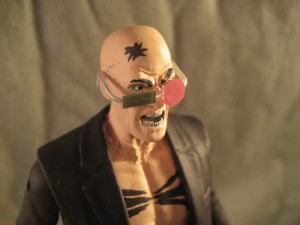 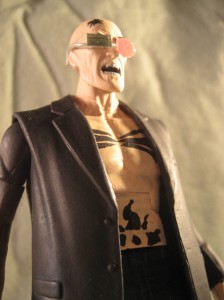 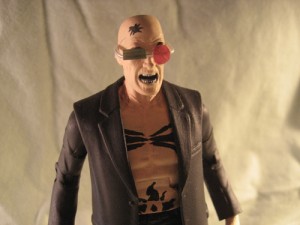 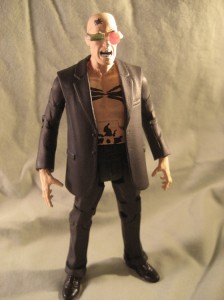 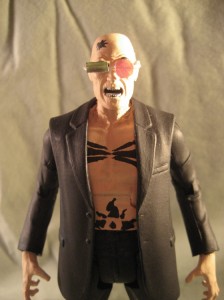 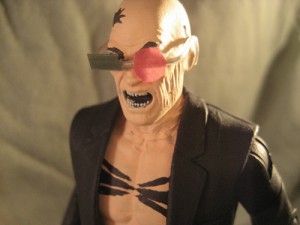 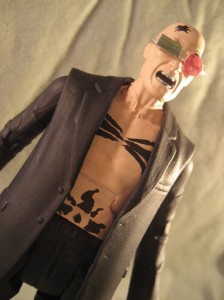 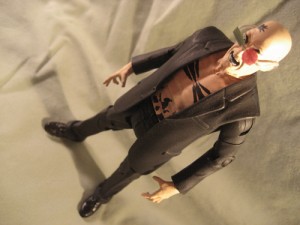