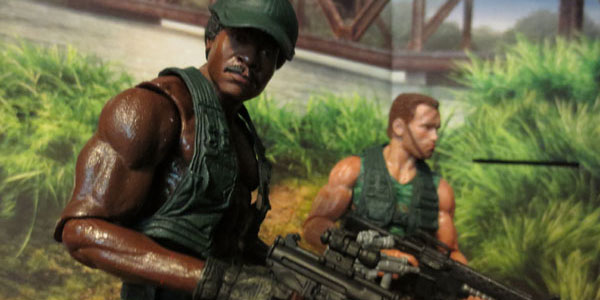 It’s still up in the air if NECA will be adding recruits to Dutch’s team in their Predator line, so I decided to make them myself– let’s start with Carl Weathers’ Dillon!

I can’t take credit for this ingenius custom concept– that honor goes to Popcornboy, who posted his creation on FigureRealm.com.  As soon as I saw his Dillon figure, I knew I had to make one, too.

All the elements for a great Dillon figure are out there, so he’s just a simple parts swap, essentially.  This figure is a mash-up of the Jungle Extraction Dutch and Apollo Creed from NECA’s Rocky series. The head, chest and arms are Apollo… the legs, belt, hands and vest are from Dutch.

The lower torso is the only tricky part, but there’s a few ways to do it.  Dutch features a waist swivel in addition to his mid-torso ball joint, but Apollo only gets the mid-torso, with a solid waist.  So the figures don’t synch up perfectly.  Popcornboy opted to cut his Apollo at the waist and attack the abs to the crotch piece of the Dutch.  The scale works well enough the the parts match well, and the belt helps mask the cut, so that works.

I don’t care for cutting figures, so I went a different way.  Dutch and Apollo both feature soft plastic overlays for their pants.  I removed Apollo’s boxing trunks and replaced them with the crotch piece from Dutch’s pants.  Then I added the Dutch belt and legs, and Dillon was coming to life!

From there, I nabbed the Sylar from Heroes hat Popcornboy revealed worked so well, and a few guns from the parts bin and painted Dillon a medium military green, since he didn’t wear camo in the movie.  Dillon was actually a remarkably easy custom, and now Dutch has a badass teammate in his fight against the Predators. 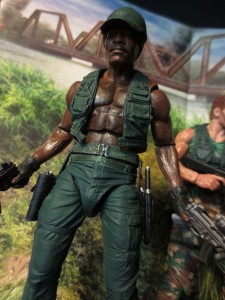 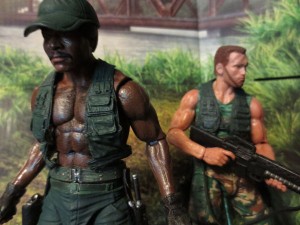 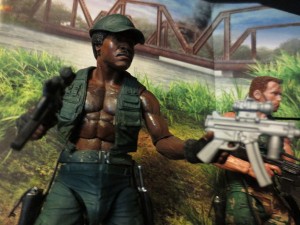 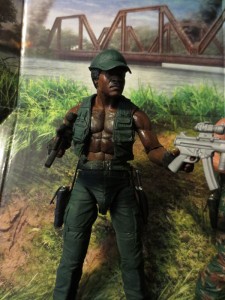 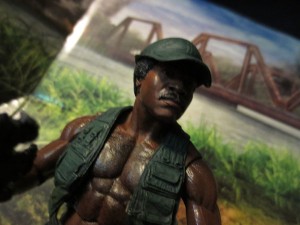 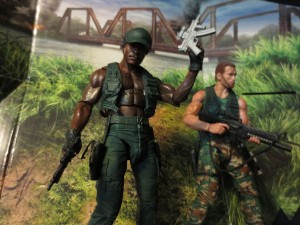 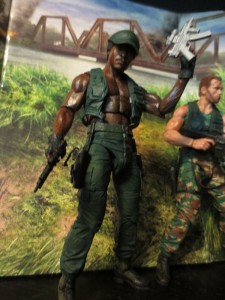 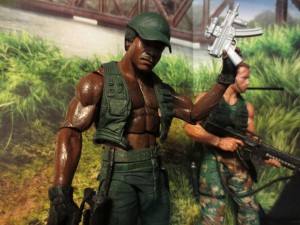 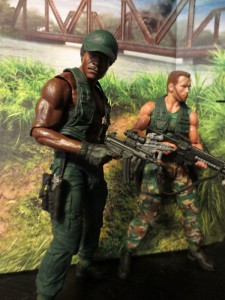 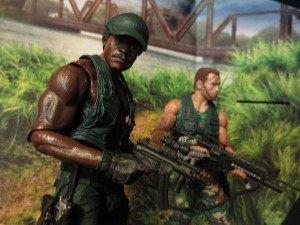 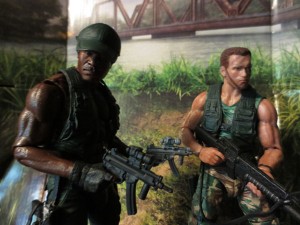 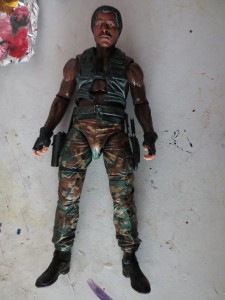