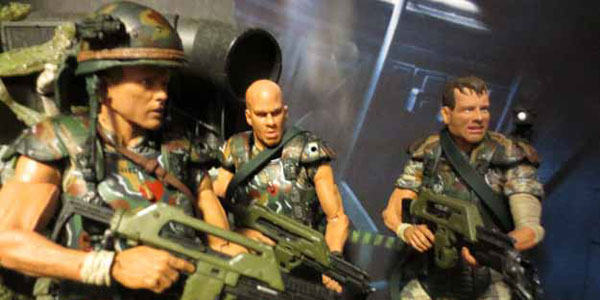 NECA released a new version of Colonial Marine Corp. Hicks in their Aliens line, the first with a helmet.  The trooper’s headgear is mostly non-removable… mostly.

I’ve been dying for a great, 7″ scale action figure of Hicks from Aliens forever, and NECA has managed to release two of them this year.  The latest, available in a two-pack with a battle damaged Alien Warrior, is the first NECA Marine to get a helmet, although they opted NOT to have the piece readily removable.  However with a little finesse and time, you can not only get the helmet off, but make it fit the previous version of Hicks as well.

Hicks’ helmet is a well made piece, with lots of details straight from the classic movie, and fortunately the glue that holds it to Hicks’ second, screaming head is not nearly as strong as the connectors between the helmet’s various pieces.  This means that if you keep the head under a heat lamp, or put a blowdryer to it, you can soften up the glue and pop the helmet off in one piece.

Once the helmet is free, you’ll notice it was held in place by a peg in the middle of the head, which will have to go if you’d like it to fit the first version of Hicks.  Thankfully, the rest of the helmet is cast to fit to Hicks’ hairline, and the two head sculpts are similar enough in proportion that the mold lines in the front liner of the helmet will sync up.

I started in on the peg with an xacto knife, chipping away at it piece by piece.  It’s delicate work, so be careful– not only is the knife sharp and the piece small, but one stray cut could slice into the helmet itself, or the straps or back plate of the accessory.

With most of the peg cut away, I switched from the knife to my dremel, and started grinding down the inside of the helmet.  Since the helmet’s plastic is relatively thin, it’s very important to do this slowly– I set the dremel to the slowest setting possible, and moved it evenly back and forth inside the helmet.  After about 30 seconds, I would stop and make sure I wasn’t breaking through the other side of the piece, and feeling it out between my fingers to see how much thickness was left.  Once I did a few passes with the dremel, I grabbed the original Hicks figure and tried the helmet on.  It still sat too high, so I repeated the slow, steady dremelling until it fit well.  Since the dremel will heat up the plastic while it works, the helmet became a bit softer, so I could flex is on Hicks’ head to make sure I got the fit I wanted.

I went back to the dremel about five or six times before I got the fit right, and once I did, I left it on the new head so it could settle in shape.  Since NECA did such an accurate sculpt on both Hicks heads, the helmet still fits on either one.  I’m not crazy about screaming portraits, even ones as good as the two-pack Hicks, so I opted to keep the helmet on the original figure and leave the screaming head for an alternate swap-out if I so choose.

The other added bonus of this is it frees up another perfectly good Colonial Marines body!  I turned mine into a generic Marine, adding the head from the old Toy Biz TNA Wrestling Senshi figure.  His face, the shaved head and the overall scale works well for this body, leaving me with a new, generic background jarhead for my display.  I still have to re-paint his armor to give him some new detailing, but it’s a great way to change up the look of your Colonial Marines on display while NECA continues to build the move-accurate squad. 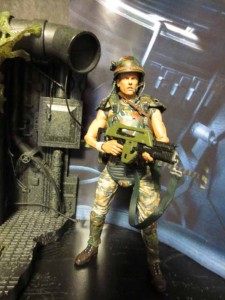 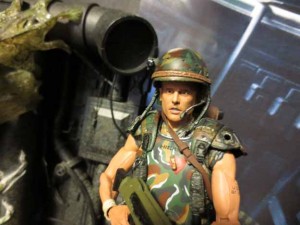 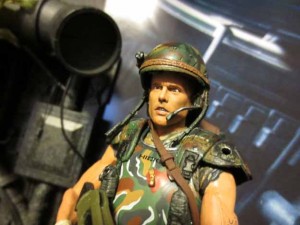 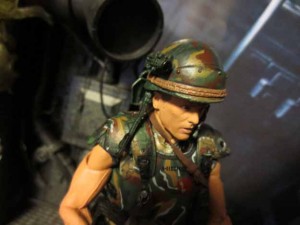 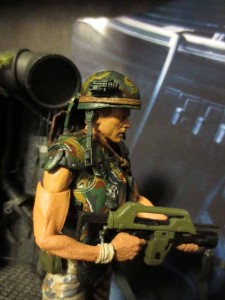 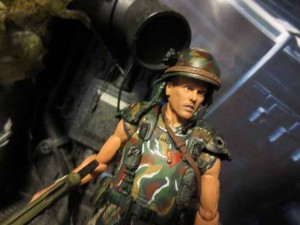 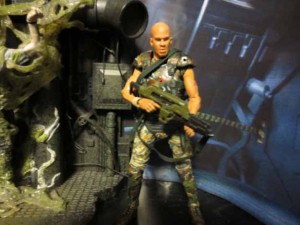 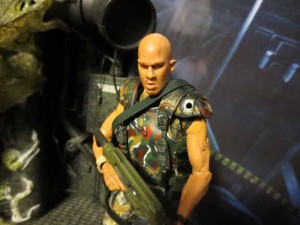 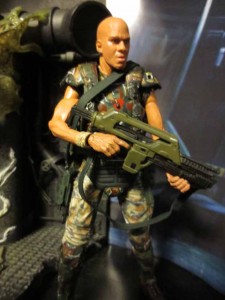 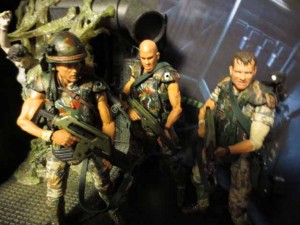 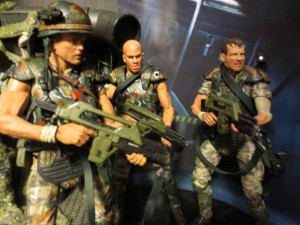