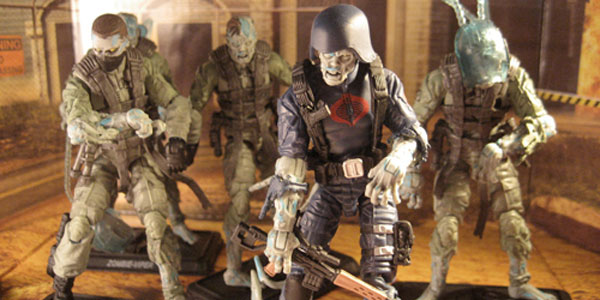 Not every custom has to be super involved… some of the coolest and most fun figures to build involve very little effort, like my tweaks on the GI Joe Zombie Vipers.

The Zombie Viper was hands-down one of the best Joes Hasbro ever released, and as soon as I first saw him I knew two things– one, I was gonna army build him like crazy, and two, since he’s a zombie, he shouldn’t look uniform with his undead mutant brethren.

So as soon as I started amassing my horde, I began mixing them up.  There’s a few neat custom options included with the figure itself, between the removable oxygen mask and the swappable tentacle arms, but there’s so much more that can be done to further differentiate your zombies.

I mashed up a few Zombies with standard Cobra Troopers, giving me some clothed arms and legs to mix into the zombies while offering some torn, shredded limbs to the troops.  Likewise, the ease of head swapping Joes made it a snap to switch zombie heads onto trooper bodies and vice versa.  From there, it was a simple job matching the blue and green paint to recolor the swapped limbs, and my zombies started looking delightfully less uniform.

I was surprised that something as simple as painting the zombie’s hair different colors really made them stand out, but I took it one step further and grabbed some Marvel U. Ghost Rider heads to sculpt some decayed skin onto using epoxy– the gave me a second, creepily skull-like zombie head to mix into the figures as well! Another more intermediate step involved using an Xacto knife to cut chunks of the gas mask off– you can cut jagged lines straight through the helmet for a cracked look, or square off your cuts and remove full bits, to make them appear straight-up shattered.

The sky is the limit when it comes to customs, especially something as diverse and messy and abstract as zombies.  The Zombie Viper is such a great toy, it’s tough to mess it up, honestly, but these simple customs can really make a display stand out, and they’re a fun way to burn an hour or two on the weekend. 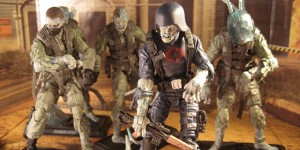 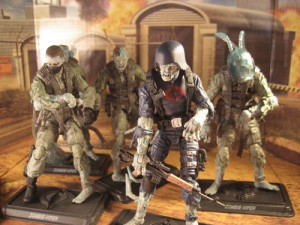 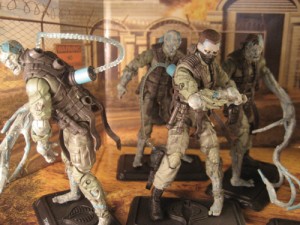 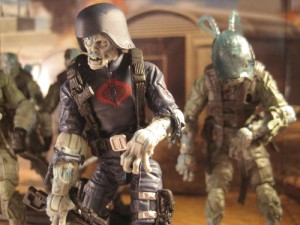 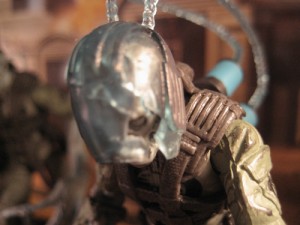 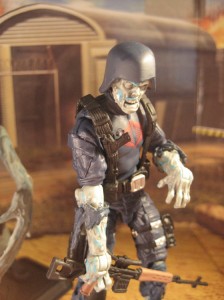 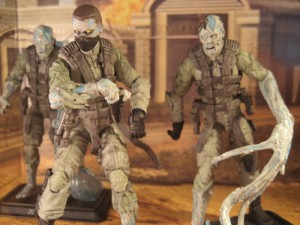 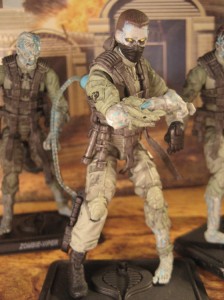 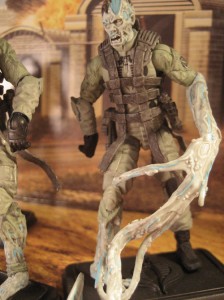 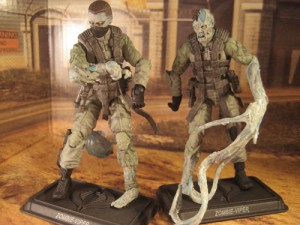 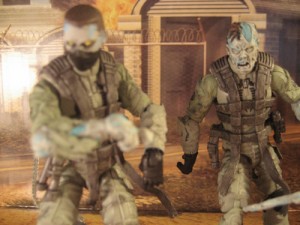 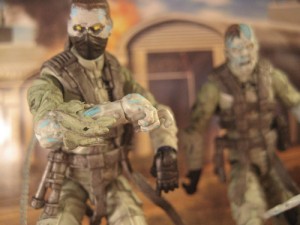 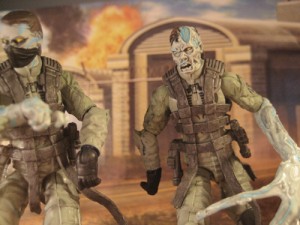