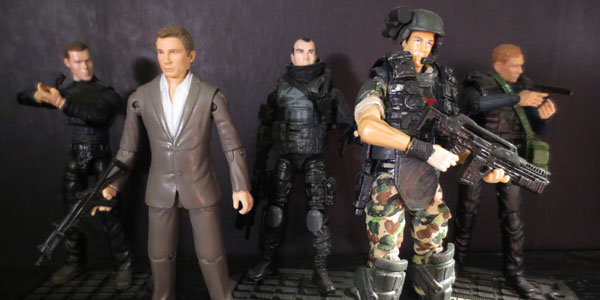 It’s almost time for the Spring Custom Con, and in the spirit of the season I wanted to show off my abandoned plan for last Fall’s virtual show… a movie-based GI Joe line called Operation: Kino.

If you’re not familiar, Custom Con is a bi-annual online gallery show, in which customizers can present their best pieces across a few cool toy websites. It’s a neat concept and a fun way to build the online toy customizing community, which is a niche if ever there was one.  The neat thing about the way it’s set up, you can craft context around your entries– rather than just show off custom toys, exhibitors propose what series their toys would be from, as Custom Con becomes a imaginary pitch for prototypes as much as a custom art gallery.

I don’t often participate in Custom Cons, but I always scope them out each day when they run in the Spring and again in the Fall.  Last September, I was going to contribute with a hypothetical line I made and whipped up some figures for.  I never got around to it (and have something way cooler cooked up for this year’s Spring show), so I figured I’d share my non-entry here instead.

I noticed several 25th/ Modern GI Joe figures bore passing to close resemblances with some actors, and decided to extrapolate on that idea– what if we saw a series of Joe style figures, in common scale, using modern Joe parts, but from other non-Joe properties?  By using the Joe figures to build customs based off James Bond, Aliens, 24 and more, I thought it would be cool to roll all these iconic characters back into the Joe universe– and so, Operation: Kino was born.

I made five figures for the launch wave– each character from a different facet of pop culture, linked by their badass-ness… and brought together as a new sub-team to help the G.I. Joes fight Cobra (and probably other movie villains, in future assortments).

Wave One included Pvt. Hicks, the Colonial Marne from Aliens, Jack Bauer from 24, Jason Bourne from the Bourne movies, Daniel Craig’s James Bond and Ray Stevenson’s Punisher, as seen in the underrated War Zone movie.  I liked how each figure bore at least a passing resemblance to their respective actors, and I was going to mock up little File Card style bios for each one, complete with code names and maybe even packaging.  Time got away from me and I moved on to other projects.  I may still complete the fluff stuff one day, to go along with these figures, but for now I think they form a cool/ silly/ weird platoon on my Joe shelf. 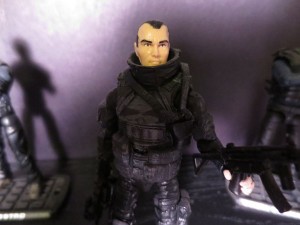 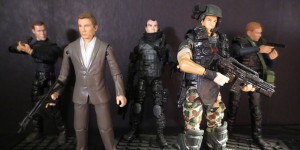 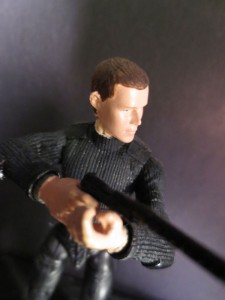 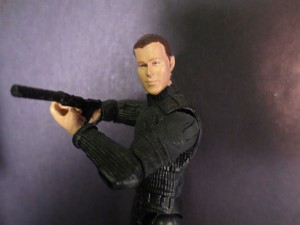 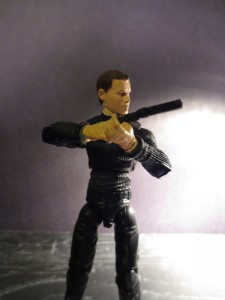 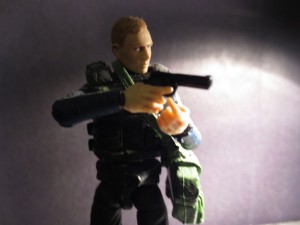 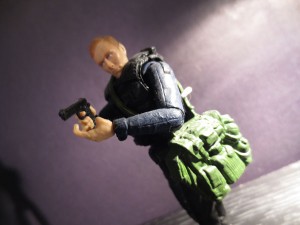 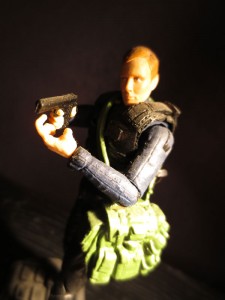 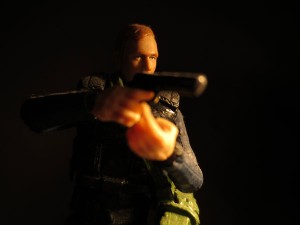 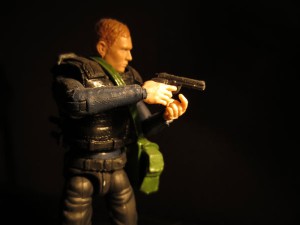 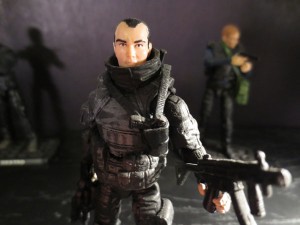 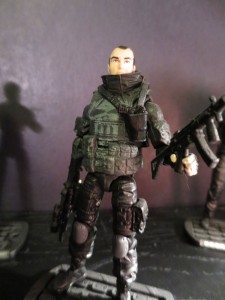 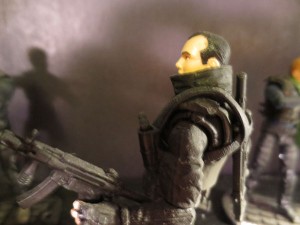 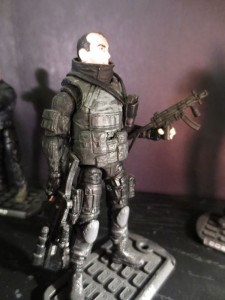 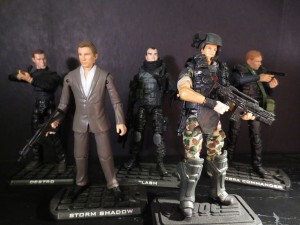 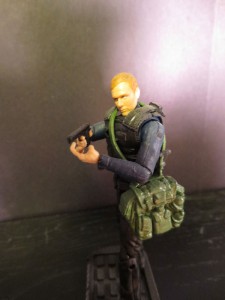 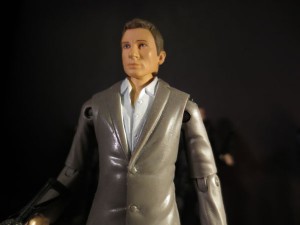 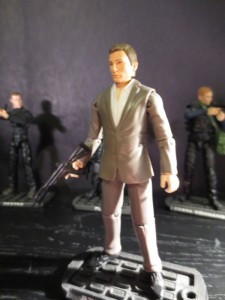 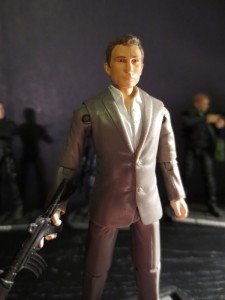 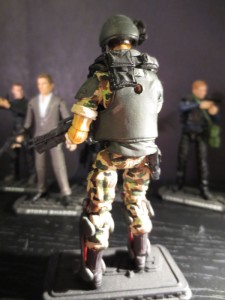 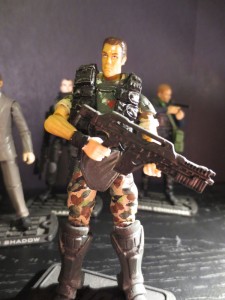 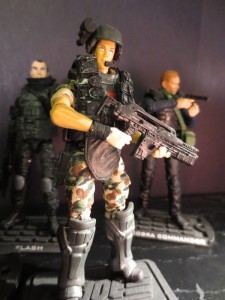 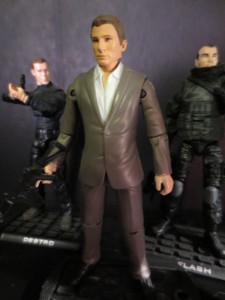 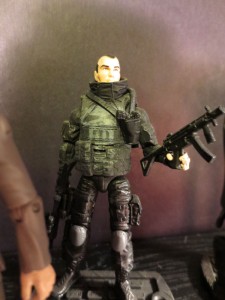 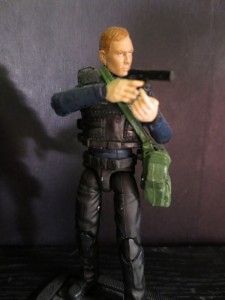 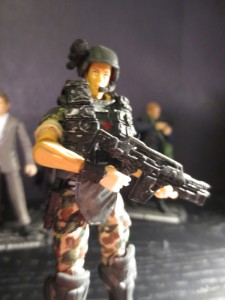 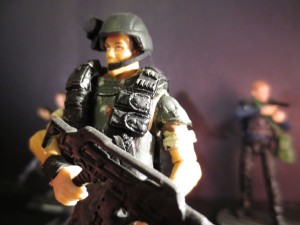