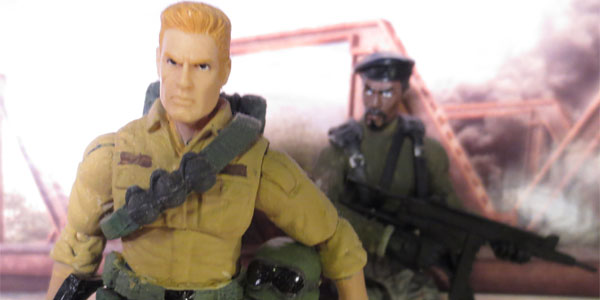 Scaled-down versions of two of my favorite Sideshow 1/6 scale figures.

I’m not sure things will ever be as good for GI Joe as the Pursuit of Cobra series.  It was a utopian line for Joe fans– great character selection, brilliant new sculpts, loads of gear, realistic paint jobs and designs… it was heaven.  The figures featured a mix of updated, 25th style takes on classic Real American Hero characters, some modernizations of fan favorites, and my personal favorite, a handful of figures that seemed to be based on the designs Sideshow Toys came up with for their incredibly cool (and incredibly expensive) 12″ line.

Two of my favorites in Sideshow’s set were Duke and Stalker, who both received some real-world military updates that still captured their classic RAH tone. So I decided to take a stab at making 3.75″ Joes modeled on those great Sideshow designs, and here’s what I cam up with.

Stalker was pretty simple, actually, since the 30th Anniversary figure was close anyhow. I painted his top an olive green to match his sweater, leaving the shoulder and elbow spots unpainted to give a patch effect.  Then I cut off his dreadlocks and sanded down the back of his head, to give him the preferred buzz-cut hairstyle, and that was all it took.

Duke has a little more time consuming.  I combined a Viper torso with Pursuit Snake Eyes legs, a Pursuit Duke head and forearms from the Wolverine: Origins Logan.  Then I snagged a bandolier and two thin belts from the parts bin and some gloved hands from one of the movie Joe figures.  The helmet and backpack also came from the parts bin, then I painted him up, using a uniform light green for the belts and straps sculpted on his legs.

I was happy with how these guys came out, and I think they do a pretty good job of doing justice to Sideshow’s amazing 12″ guys. Now I’ve got two more Joes to stand alongside the amazing commando Snake Eyes and 30th Anniversary Storm Shadow as my mini-Sideshow team expands. 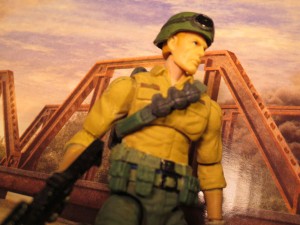 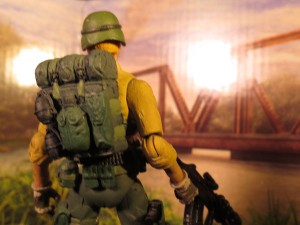 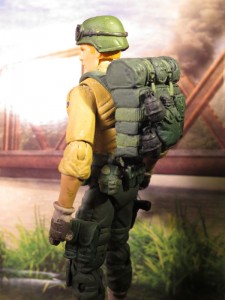 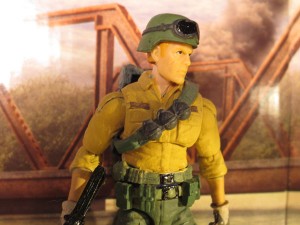 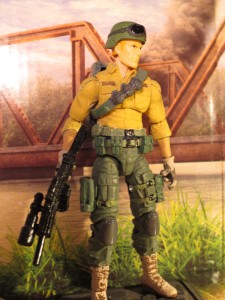 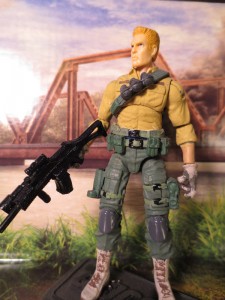 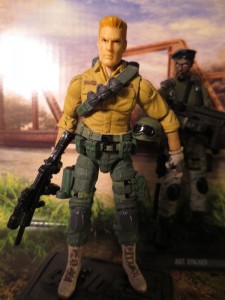 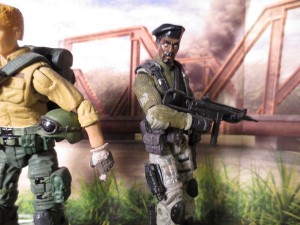 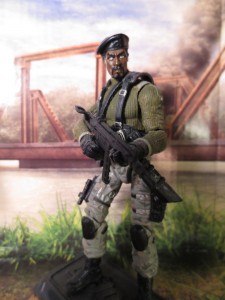 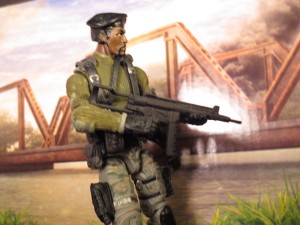 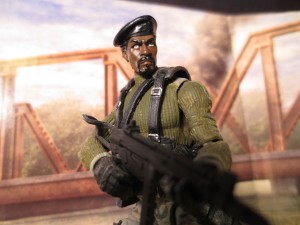 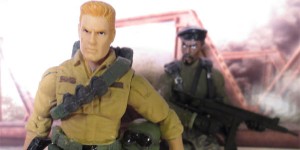