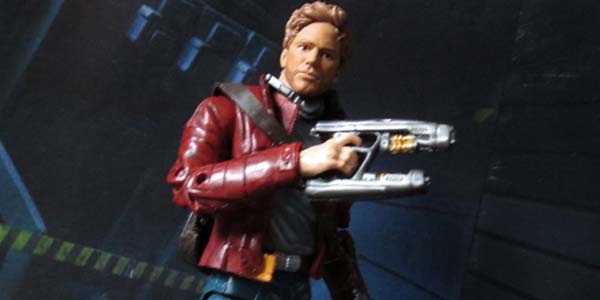 How a few tweaks and five minutes of work can completely change your Peter Quill action figure.

I’ll readily admit I am more than a little obsessed with Guardians of the Galaxy.  I had high hopes that the movie would be good, but I wasn’t expecting it to be THAT GOOD… but, it was.

So as I looked at my Guardians of the Galaxy Marvel Legends figures post-movie, with the full context around them, I realized there are a few small tweaks that could open up lots of variants and alternate designs for these figures.

Most of them would be simple, as many of the characters simply wore different colored versions of the same outfit– Drax’s red pants from the end of the movie can be repainted black to fit his earlier appearances, while Rocket’s orange jumpsuit can go red to match the factory version of Drax.  I’m actually a little surprised Hasbro hasn’t taken advantage of the simple repaint options and given us a “prison” set or the red Ravager team from the movie’s finale.

Peter Quill, lesser known as Star Lord, however, would take a little more effort… though, not by much, it turns out.  Hasbro’s Legends Star Lord features Peter in his duster, as seen in the opening of the movie.  It’s a good figure… but he only wears this long jacket for the first five minutes.  So I decided to make a new Star Lord in his more frequent costume, with the waist-length jacket.

This was incredibly easy– all I had to do was measure where to cut off the bottom of the jacket (It should rest flush with the bottom of the belt).  I used an Xacto knife and cut the jacket away, giving myself a few centimeters extra in length so I could do a second go-around to trim it up with a nice straight line.  I also cut off the third side strap of Quill’s backpack, as he only used the three straps with the long coat.

The Star Lord figure also sported gloved hands, which I wanted to change out for bare hands to further differentiate him.  So I heated the figure’s forearms and popped the hands out at the pegs.  As fortune would have it, the pegs correspond nicely to Star Wars Black Han Solo’s hands, so I simply plugged those in to Star Lord’s wrists.  The skin tone of Solo’s hands is a little more pale, but a simple dry brush of darker paint matches them nicely to Quill’s face.

Since Star Lord comes packed with masked and unmasked heads, you can still decide which way to display him– I’m opting for the long coat figure to be masked and this version to go unmasked.  This was a real down ‘n dirty custom job that took me literally all of five minutes to finish.  I’m sure he’s not 100% accurate– Quill’s short jacket had a slightly different design than this– but overall I think it’s an effective change that really gives our Star Lord a unique new look. 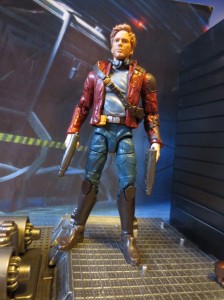 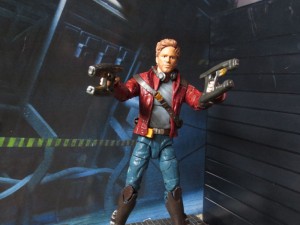 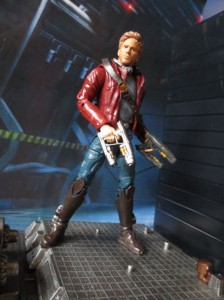 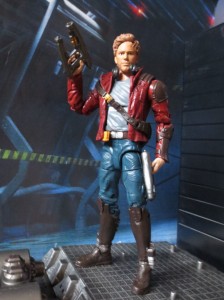 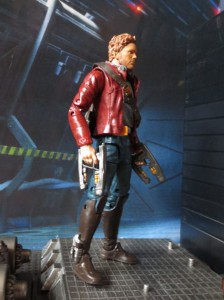 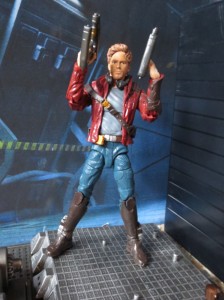 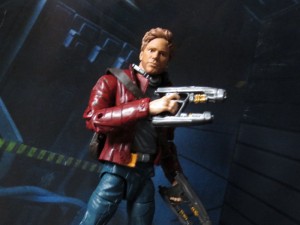 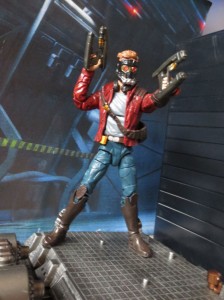 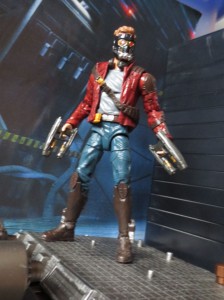 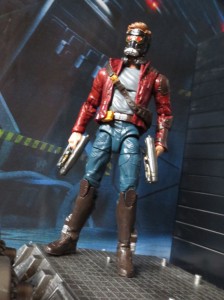 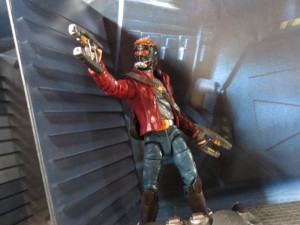 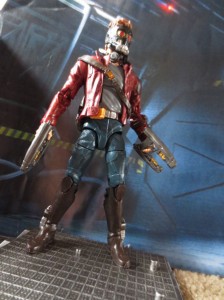 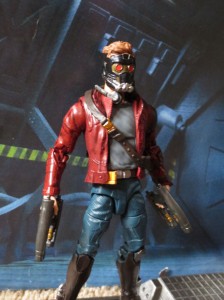 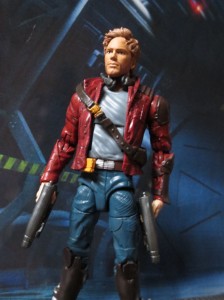 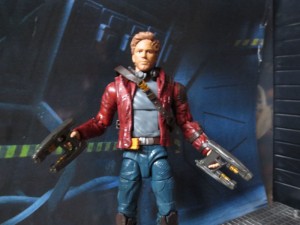 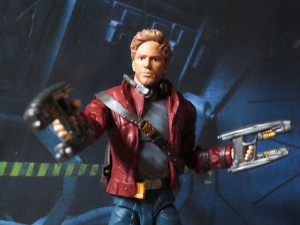 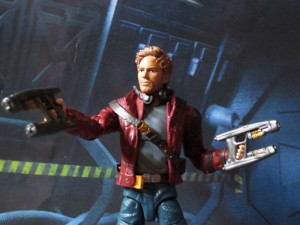