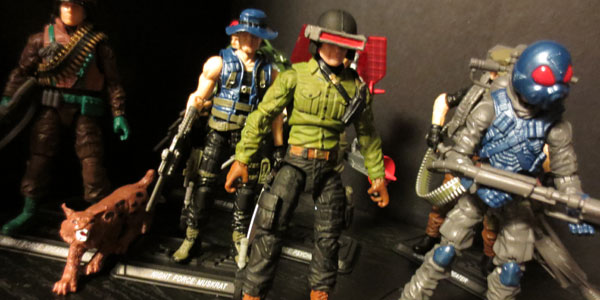 The Joe Con exclusive Night Force Steeler is going for a ton of money on eBay… but you can make one just like it, for a fraction of the cost.  Here’s how…

The GI Joe Collector’s Club always features some very cool souvenir exclusives at the annual Joe Con, and this year’s Night Force themed toys were no exception.  However, because they’re so limited, these sets always sell out at the show, and demand increasingly unreasonable prices on the secondary market.

Sometimes, the Club uses new or unreleased tooling– parts you cannot buy on another figure at retail. There was actually quite a bit of that on the Night Force box set and many of this year’s exclusives… but thankfully the Night Force Steeler, designed especially for the show, is made of 100% reused parts, which makes him a prime candidate to get the custom treatment!

Night Force Steeler is a very simple assembly– the Resolute 3-pack Firefly body, with 25th Anniversary Steeler head, Pursuit of Cobra Hawk shoulder holster and helmet from the o-ring comic packs Steeler.  Granted, that last piece might be a bit tough to come by, but it’s out there, and I’m sure you can find it at any local toy show on the cheap.  As for the rest, Firefly is at retail now, and Steeler and POC Hawk are by no means the toughest modern Joes to hunt down, so with a little effort you’ll have all your pieces.

Once you swap on the new holster, head and helmet, Steeler is just a quick paint job away from being complete. I used Folk Art paints on mine, because they’re inexpensive and you get a LOT of paint (they’re available at Wal-Mart and AC Moore for a buck a bottle).  Steeler’s colors are easy enough– Black for the pants and his turtleneck, Medium Grey for the visor, Lipstick Red for the lens, Red and Raw Sienna mixed equally for the boots, gloves and belt, and an even mix of Raw Sienna, Yellow and Kelly Green for his olive shirt.

I got my figure done in about two coats, so all things considered, he cost me about $25 and 30 minutes of effort.  That’s not bad, compared to a hundred bucks plus on eBay! 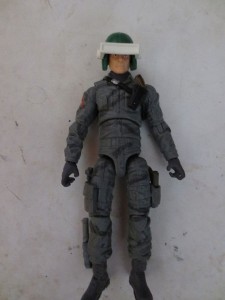 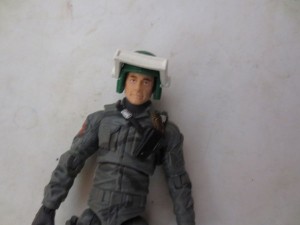 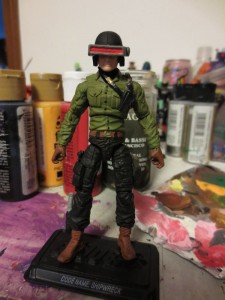 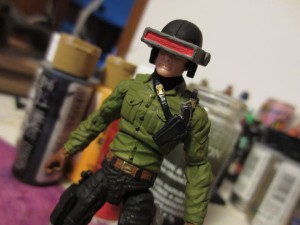 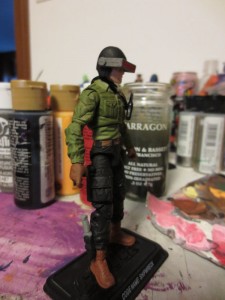 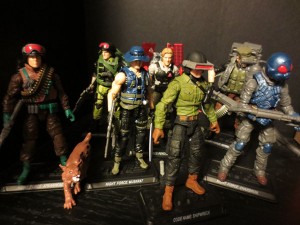 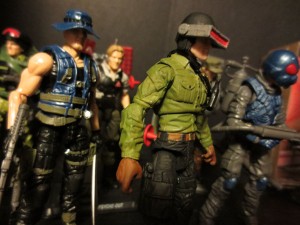 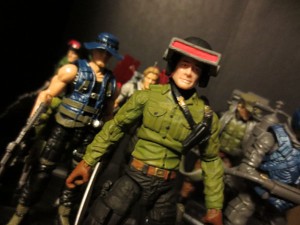 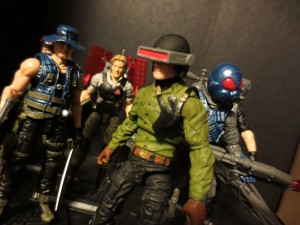