Custom Korner: Malekith The Accursed From Thor: The Dark World 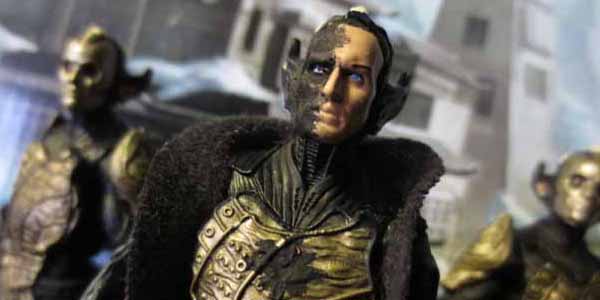 Hasbro didn’t make Thor’s new nemesis, Malekith the Accursed, but you can make one on your own in a few simple steps.

Thor: The Dark World is in theaters today, so it seemed like a good time to shine the Custom Korner spotlight on Malekith, the evil leader of the Dark Elves from the new film.  While Hasbro opted not to include the villain in their 3.75″ movie toy line, they DID provide virtually all of the parts you need to make a custom version.

Malekith is a fairly easy figure to make, since his costume is very similar to that of his legion of Dark Elves, who received an army building figure in Hasbro’s collection.  That figure, obviously, is the base for their leader.  What is different on Malekith are mostly add-ons, which are easy enough to manage– he wears a coat over his elven armor, which only requires a new jacket and upper arms fr the figure.

I opted to swap out the Dark Elf upper arms with the Wolverine: Origins 2-pack Logan arms, which have a billowy look that worked well for Malekith’s on screen appearance.  The coat itself came from Dr. Mindbender– any black cloak from Marvel, GI Joe or Star Wars will do, but I liked the pliability of this cloth one in keeping the figure’s range of motion intact.  I’m sure there are ways to remove the Cobra symbol from the back of the cape, but I went with the lazy solution and simply put it on Malekith inside out, so his torso blacks out the insignia.

The only other difference in Malekith’s costume is his two belts, which came from the GI Joe Retaliation trooper.  I cut the belts off the rest of the harness and popped them in place.  They have a nice texture that I think fits with the Dark Elf leader.

The head is the tricky part.  Malekith wears headgear like his army, but I wanted to show his face instead of the mask.  The villain is played by Christopher Eccleston, who also played Destro in the Rise of Cobra movie, for which Hasbro made a figure.  I cut both heads in half with an xacto knife, essentially removing both faces in one swoop.  I started with the Elf head, which was easy to cut by following the outline of the gold mask.  Then I measured the same depth on the Destro head so the two parts would line up flush.

I’m going to revisit this custom eventually, and try to add magnets that would allow both faces to come off and on, so I can toggle my Malekith between masked and unmasked, but for now I simply glued the Destro face down on the Dark Elf head.

From there, it’s just some minor paint apps– the black star on Malekith’s chest and some light scoring with an xacto followed by a nasty black/ grey/ brown paint mix for the burns on the right side of his face.  The whole figure came together in less than an hour, and I’m left with a decent approximation of the new Thor villain. 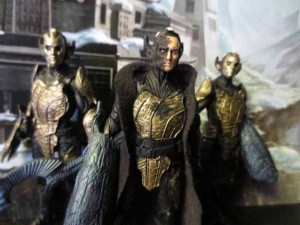 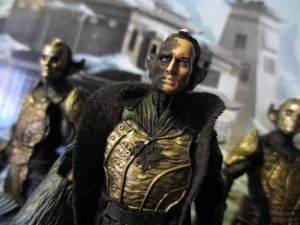 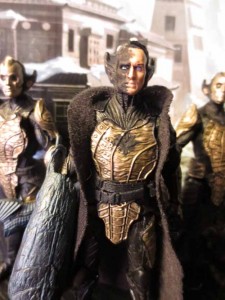 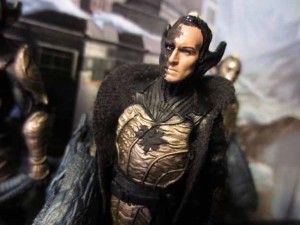 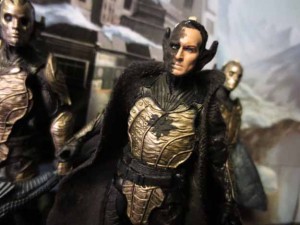 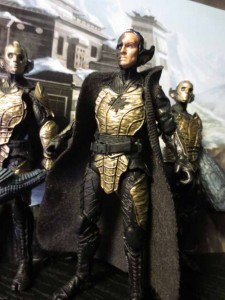 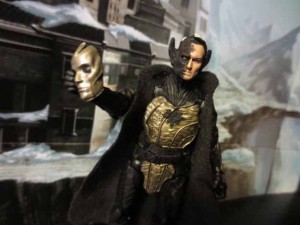 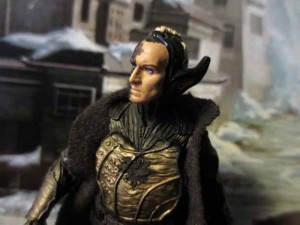 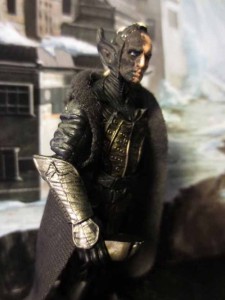 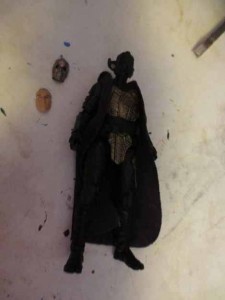 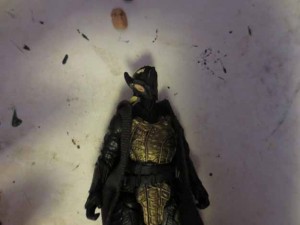 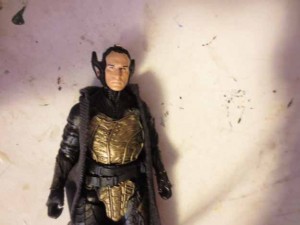