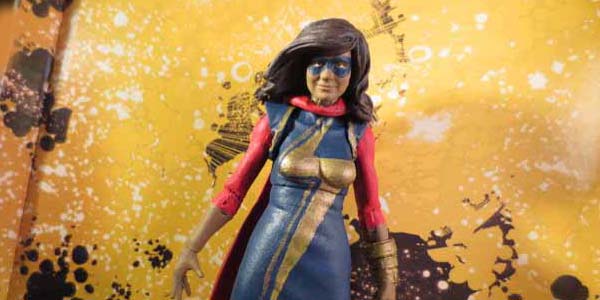 I’ve been loving the new Ms. Marvel series, which stars teenager Kamala Khan assuming the mantle of the established hero.  Kamala is a breath of fresh air, adding more diversity to the Marvel universe, and her book features a solid story by G. Willow Wilson and gorgeous artwork by Adrian Alphona.  And being the toy geek that I am, I couldn’t think of a better way to celebrate this book than by making a Kamala Khan action figure!

Kamala is a pretty typical teenager, so the best base to start from was the wonderful new Spider-Girl from Amazing Spider-Man Legends wave two.  The body has lots of useful articulation, wonderful proportions and actually reads as a teen, so it was perfect.

The cut of Kamala’s dress was uncannily close to the skirt worn by the Spider-Man 3 Mary Jane figure, and thankfully the rubber used for that piece is pliable enough that it fit over the lower torso of Spider-Girl easily– I heated Spider-Girl up under a lamp and popped her apart at the mid section.  Then, I slid the skirt down over her abdomen and popped the top torso back in place.

For the gauntlet on her arm, I started with one of Hope Summer’s arm bands, which I trimmed into three equally wide segments.  After cutting off the various studs and details, I sanded the rings down so they were smooth and slid them on the new figure’s arm one at a time.  They are not connected, but stack nicely on top of one another, giving the effect of being one solid piece.

For Kamala’s head, I opted to reuse the Mary Jane and Hope pieces I had.  I removed MJ’s hair and glued Hope’s in place instead.  The MJ head never really looks like Kirsten Dunst to me, but I found the smaller size fit well on the Spider-Girl body, while the smile worked well for Kamala as a character.

I admit I was stumped for a while on Ms Marvel’s long scarf, before realizing the answer was simple– I took a cape (from the Batman Legacy Golden Age Catwoman) and trimmed it to look like two stripes of scarf.  This wound up being the perfect length, and since I kept the cape collar intact, it fit over the figure’s neck with no trouble at all.

I spent most of my time painting this figure, honestly, to make sure her red tights were bright and the gold highlights of her costume popped.  After way too many hours and coats of paint, I was finally happy so I finished her off with a sealant of dullcote and let her dry.

A day later, my Kamala Khan was finished, and ready to join her heroes, the Avengers, on the toy shelf.  Ms. Marvel wasn’t the simplest custom I’ve done, not by a long shot.  But I’m happy with how she turned out, and I feel she makes for a good representation of this cool new addition to the Marvel universe. 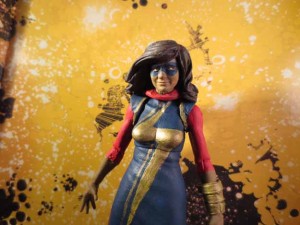 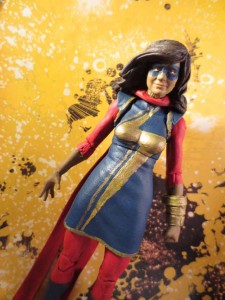 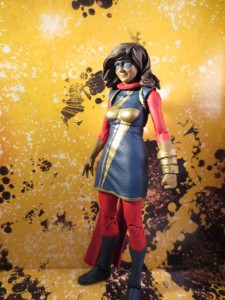 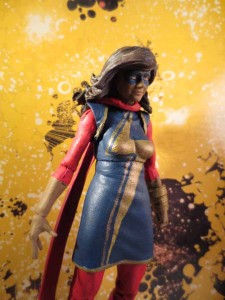 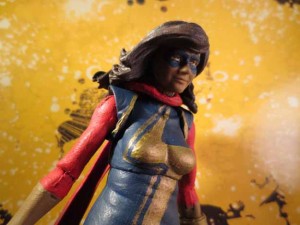 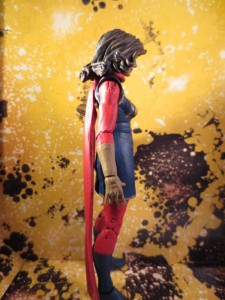 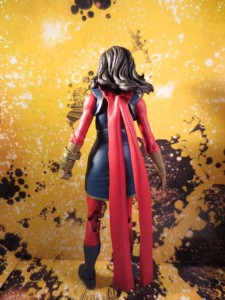 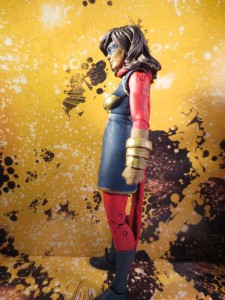 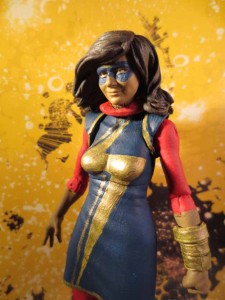 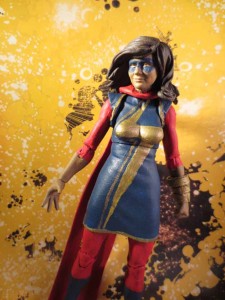 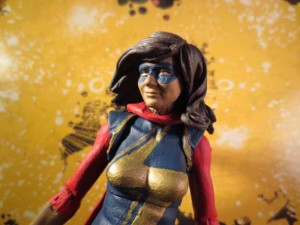 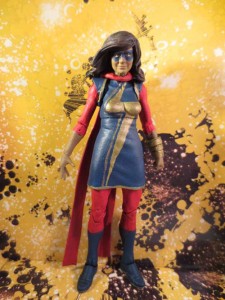 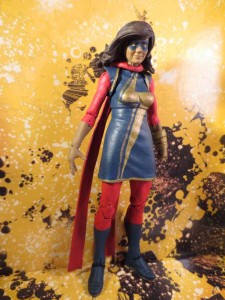 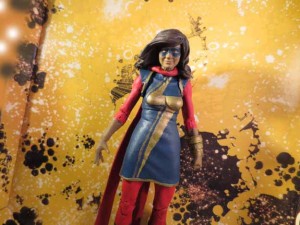 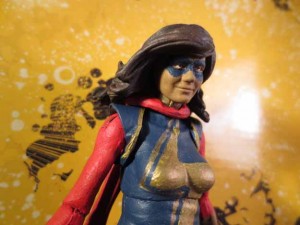 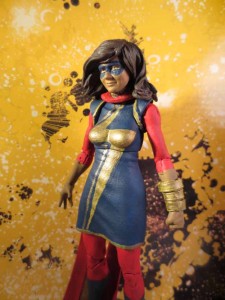 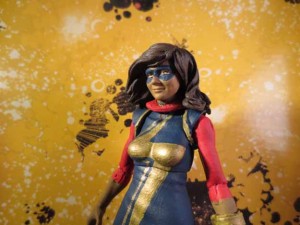 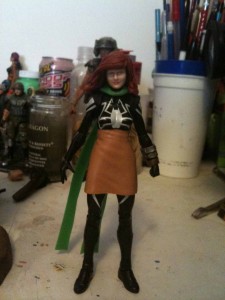 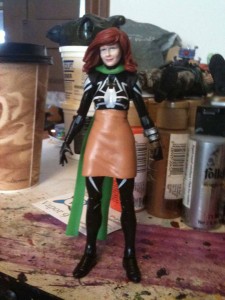 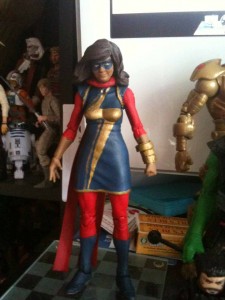