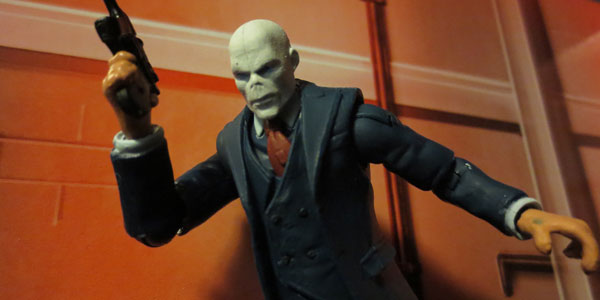 Take advantage of Hasbro’s hidden Chameleon head with the easiest custom ever!

Hasbro’s Marvel Universe Mysterio included a great Easter egg for customizers— underneath his dome was an all new headsculpt of fellow Spider-Man foe The Chameleon!  I took advantage of the mystery head and picked up an extra Professor Xavier to use as a base body, leaving Mysterio with a Snake Eyes head instead.

The Chameleon head doesn’t sit perfectly on the stubby neck peg of the Xavier figure, but if you get the head around halfway down the ball it will hold tight in place, and still make it look like he has a neck.  Once the new head is in place, all you need to do is paint it.  The plastic is dark green, and Chameleon should be white, so it will take a few coats to cover.  I went with a flat white acrylic, applied thin, and it took five coats to get the white to cover completely.

If you’re thin enough with your paint, you won’t need to paint in any shading, as the head is sculpted with an amazing amount of detail, from Chameleon’s reptilian nose and the line down the center of his face, to his semi-exposed clenched teeth.  The only paint work I added were pupils in his eyes, with the smallest brush I had.  Just two dots, and the sculpt does the rest, really.

I knew I was all over this custom as soon as we first heard Mysterio would include this head.  The existence of this head suggests a Chameleon is likely in the future of the 3.75″ Marvel Universe, but since the head isn’t drilled to properly fit on the Xavier suited body, I’m not sure what Hasbro has in mind, exactly.  And in the meantime, You can score a DIY Chameleon– in his most iconic look– with nothing more than a simple head swap and a few coats of white paint. 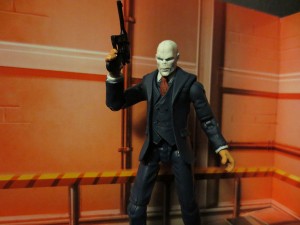 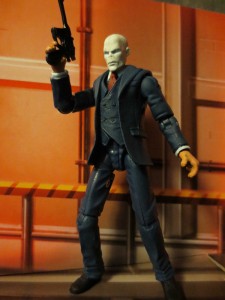 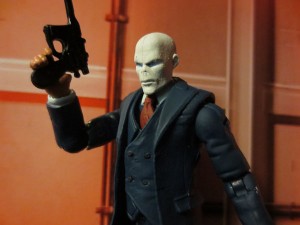 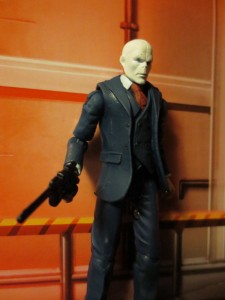 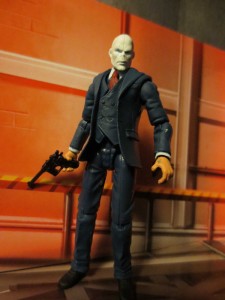 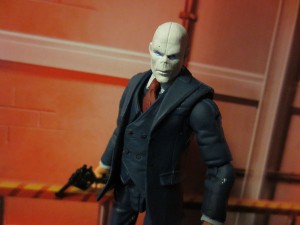 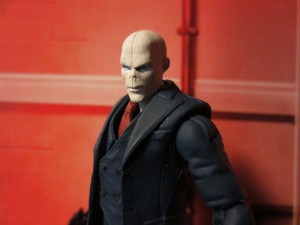 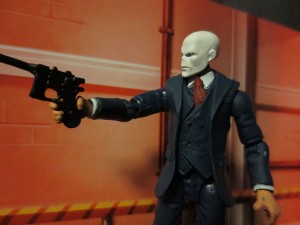 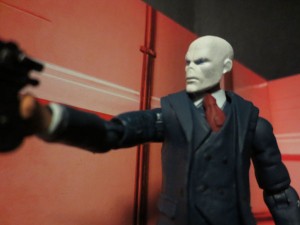 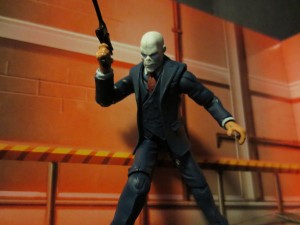 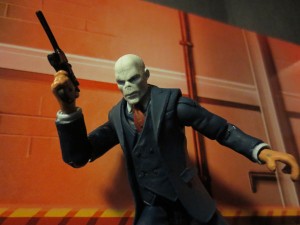 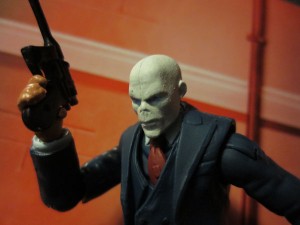