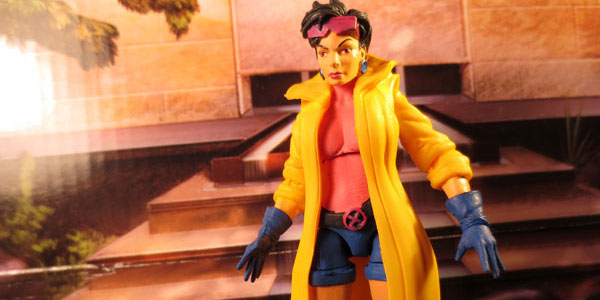 Hasbro’s Marvel Universe Jubilee had some good stuff going for her, but her modern look can’t hold a candle to her 90’s X-Men style, so I fixed that.

I really liked Hasbro’s recent Jubilee figure, but it was a let down that they opted for her modern black suit under that iconic yellow trenchcoat, instead of her more classic look.  The parts Hasbro did– from the amazing headsculpt to the gloves and sleeves on her arms and that jacket were perfect, though, and made it nice and simple to pull off a true, classic Jubilee custom.

Most of this Jubilee is straight up Hasbro– the new slender torso worked perfectly for the young hero, so all I needed was a repaint of her body, with bright pink for the shirt and blue for her pants.  I love the new female MU legs, but they’re a bit long, so I swapped them at the knee with the older female legs, which are shorter through the shins.  This trimmed some height off the teenage mutant, and still kept a nice scale for the figure overall.

The only other piece was the cuffs of Jubilee’s shorts.  I didn’t want to sculpt them, so I cut off the top band of X-23’s boot overlays and slid them into position on Jubilee’s thighs (right at the hip swivel cut).  They slid on easily, and they’re tight enough to stay in place on their own with no glue or anything.  After that, all I had to do was match the skin tone of her face for the legs, and paint the short, boots and gloves a uniform medium blue.

Jubilee was a simple custom, less than an hour’s work from start to finish, but I’m really happy with the tweaked result– she’s better scaled and in her best costume now.  I wouldn’t be surprised if Hasbro found a way to release this version of the X-Man somewhere down the line but it was a fun enough project that I’m just as happy making her myself. 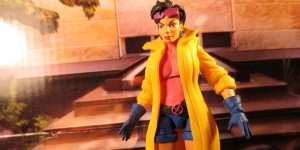 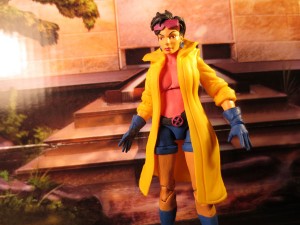 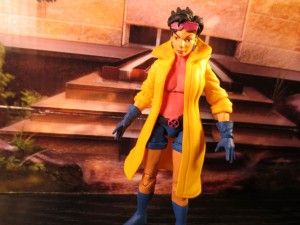 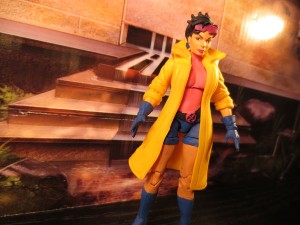 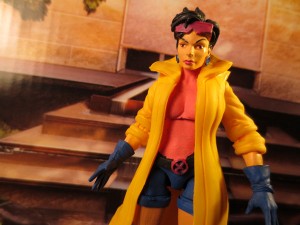 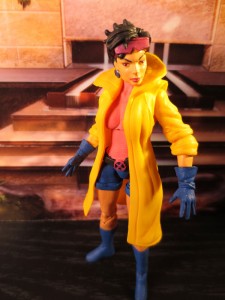 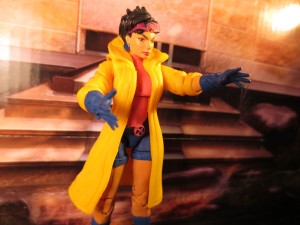 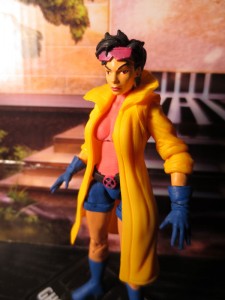 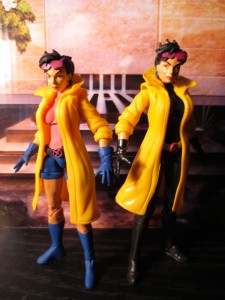 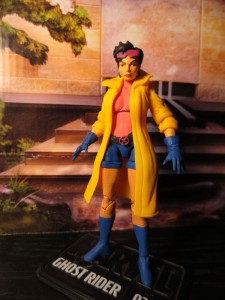 If you want to make this Jubilee custom for your collection, here’s a few tips and pointers.

I found it much easier to work on the figure with her jacket off– it slides off easily, but be sure to watch the elbows, which are brittle joints on the Jubilee figure.

The Marvel Universe figures’ upper and lower legs are easy to swap at the double knee– simply heat up the plastic in boiling water or under a heat lamp until it’s soft, then pop the knee pegs out and swap through the holes of the new legs.

I use Folk Art acrylic paint, which can be found at Wal-Mart, and Testors acrylic which is available at any hobby shop.  The Folk Art paint can be a little chalky, but if you take your time and run several thinner coats of paint I find it works well, especially on smaller figures.

Wait until the figure is fully painted to put her jacket back on, but try to keep some useable paint handy– this way you can touch up any spots that might get scraped putting her jacket on.