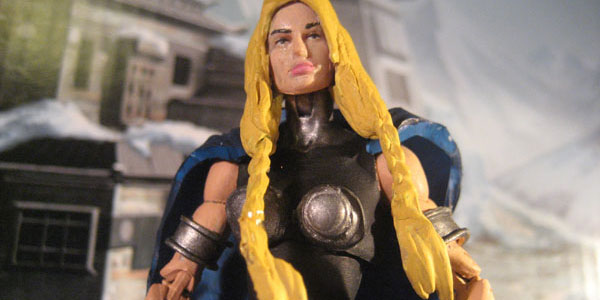 It took years before Valkyrie finally got an action figure, but she’s still missing from the 3.75″ Marvel Universe… I thought it was time to address that.

Valkyrie is one of those Marvel heroes who never seems to get her due, and I got tired of waiting for an official figure release in the Marvel Universe scale.  I made one using the MU female body a few years back, but I was never totally happy with her– this warrior woman is bigger and more defined than most women in the Marvel Universe, but when I checked out the amazing She-Hulk figure, I knew it was time to update my Valkyrie.

The She-Hulk body features an added height and muscle tone I felt worked perfectly for Val, so I started with that base.  Previously, I opted to use the GI Joe movie Cover Girl as Valkyrie’s head, as I liked the slightly Slavic features.  I trimmed CG’s hair and sculpted extensions, adding in a  few Jedi Padawan braids from my parts drawer (HINT: if you want to customize, don’t throw away ANY seemingly useless plastic pieces!!).

The body didn’t need much work, aside from Val’s armor.  For the wrist guards, I opted to use GI Joe Movie Baroness’ forearms, which feature a similar armor pattern.  These weren’t an easy match, so I had to cut off She-Hulk’s hands midway up the forearm, then stick the makeshift peg inside the Baroness gauntlets.  I lost the wrist joint on Shulkie, but gained some nice looking gauntlets that seemed like a fair trade.

The arm bands came from Namor’s bracelet, cut in half then clipped in place.  The belt was from Iron Grenadiers Destro, with the sword scabbard removed.  The toughest construction was Val’s iconic “boob armor.”  I liked the layered effect, so I rounded up any circular pieces I could find– Joe landmines, random discs and the circles on Iron-Man’s hips, and stacked them, gluing them in place.  When I had the two stacks assembled, I cut off the front of She-Hulk’s breasts and glued the stack in place.  Once they dried, I got the layered armor effect I was going for.

With the figure put together, it was time to paint– the whole figure got a paint job, including the maddeningly slow focus on the bands of Val’s boots.  After multiple failures, I finally got the lines kind of straight, and called it a day.  I grabbed a Darth Vader cape and painted the lining blue, then painted a random sword gold and she was finally done.

Valkyrie featured a lot more sculpting and tooling work than I typically go in for, but I’m happy with the final result.  I feel this figure is worthy of the oft-neglected Defender, and if Hasbro decides to release her down the line, I’m hoping they opt to use the awesome She-Hulk buck as well. 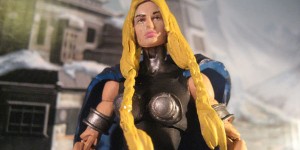 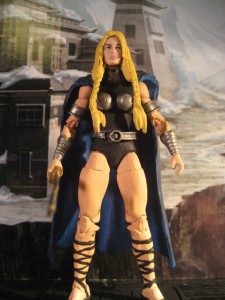 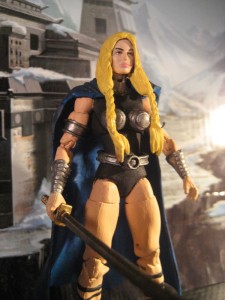 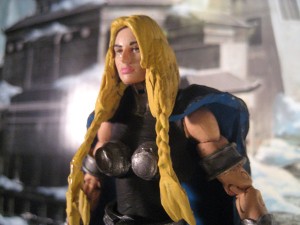 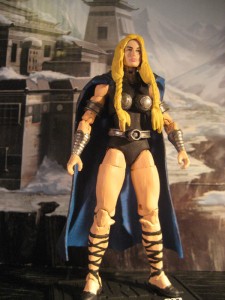 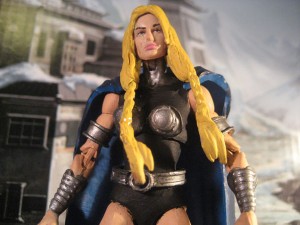 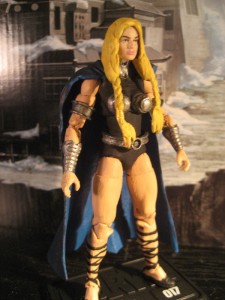 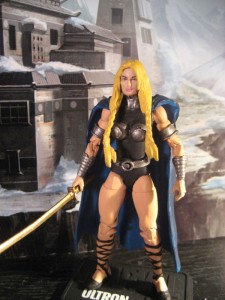