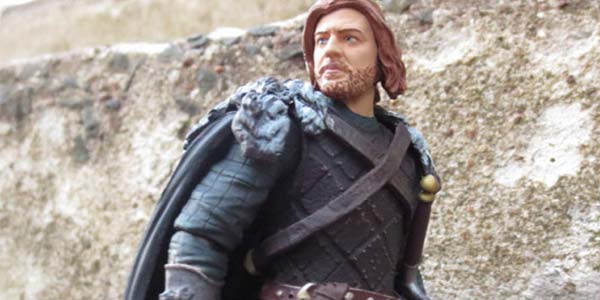 I have no idea if Funko will ever revisit Ned Stark in their quite wonderful Game of Thrones Legacy Collection.  He appeared in the first series of figures, in his Hand of the King outfit, which is a good look for the noble Lord.  But me, personally? I always dug Ned’s Winter (is coming) wear, as seen in the first few episodes of the show.  Thankfully, there’s enough Game of Thrones parts out there to pull off a pretty decent version of Ned’s other iconic outfit, so that’s what I did.

Let me start by saying this–if you ever wanted to try your hand at toy customizing, now is the time.  Post-Christmas, there are a lot of great clearance deals as stores try to make room for the new year’s merchandise, so it’s a great time to stock up on figures and parts on the cheap.  I had a lot of luck with Go! Calendars, the mall shop sometimes featuring toys and games.  On December 26th, they slash the prices of everything in half, and they carry a pretty good selection of collector oriented figures, so… mega-score!

I snagged Ned and his son Robb for $10 a pop, then got right to work mashing them into the new Ned I wanted.  It actually wasn’t too intensive… I swapped Robb’s lower (gloved) arms onto Ned’s biceps, then popped both figures out at the waist.  I transplanted the lower torso and upper legs from Robb onto my Ned figure, then switched Ned’s original (slightly larger) lower legs and feet back in place.  After leaving Robb under a heat lamp for a few seconds, the glue that holds down his cape and straps loosened, and I pulled these pieces off.  They rest perfectly on Ned’s chest and shoulders– I didn’t even both to glue mine down– but with that assembly was complete.

Once my new Ned took shape, all he needed was a simple paint job.  The Winterfell costume is dark, but actually features a few tones… it’s not really all black.  I threw in a dash of black to a forest green paint for the sleeves, dark, dark brown for the tunic and even darker brown for the pants and gloves.  The fur lining on Ned’s cape had a black and white coloring to is, so I simply drybrushed a near- white grey onto the existing black fur, which went a long way in breaking up the figure’s dark pallet and differentiating Ned from his similarly-outfitted son.

This custom was quick and easy–I knocked him out in one afternoon while catching up on the Serial podcast– and I know he isn’t 100% accurate (in the show, Ned’s Winterfell outfit had a solid leather tunic, not segmented plates), but he’s good enough for me.  Despite his early departure from the series, Ned is still one of my favorite characters, and I’m happy to have a new, unique version of the character in my GOT collection! 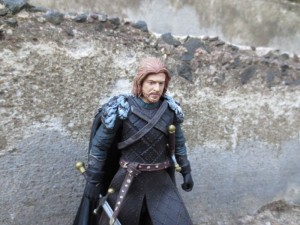 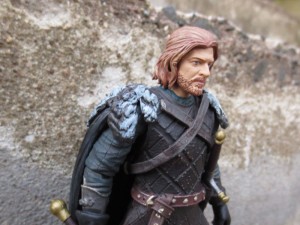 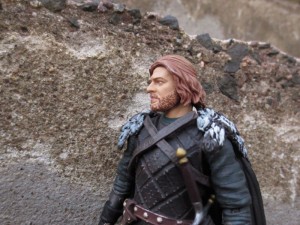 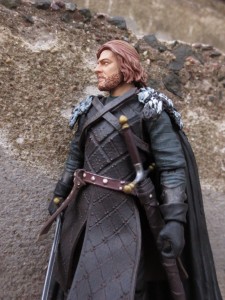 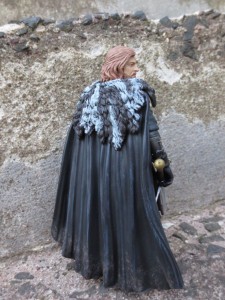 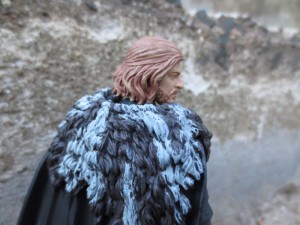 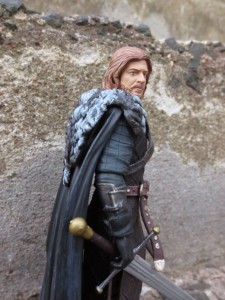 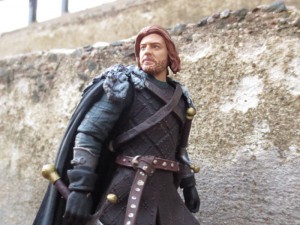 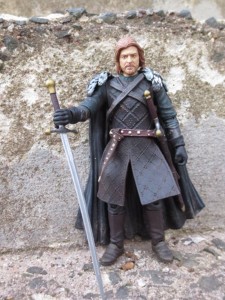 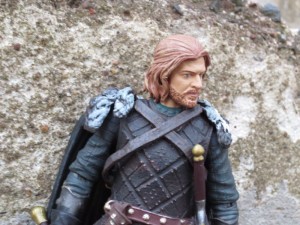 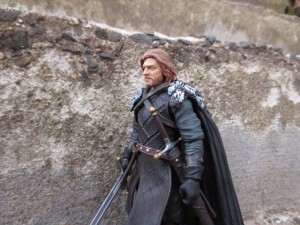 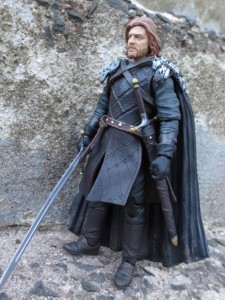