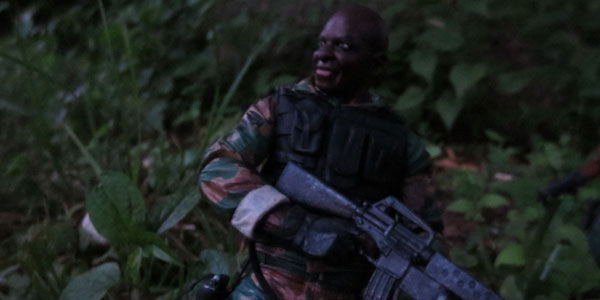 The Predator project continues, as Bill Duke’s Mac becomes the next man to join the custom mission.

I’m making some solid headway on my Predator project, as I attempt to assemble the entire team that joined Dutch on their fateful encounter with the Predator.  The latest recruit in my custom collection is Mac, one of the figures it looks like NECA will not be pursuing for an official figure.

To bring Mac to life, I started with Jungle Extraction Dutch as a base, switching his vest out with one from the WWE Salute the Troops Randy Orton figure (available at K-Mart).  It’s not an exact match to Mac’s on screen vest, but it’s way closer than the Dutch gear, while making him look a little more distinct in the lineup.

Since there’s never been a Bill Duke figure, I had to stretch a little on the head for Mac.  I eventually chose Theodore Long, the Toys R Us exclusive Build A Figure from the 2012 Pay Per View WWE Series.  It’s not an exact match, but I think he carries enough resemblance to get the point across… so thanks, Mattel, for the semi-soft likeness I used to my advantage!

Once I had my parts, I painted the figure (I kept all the parts separate, so I could get at the shirt and neck more easily), then I put him all together.  The head doesn’t fit the neck peg, but it lays flush on the neck itself, so it stays in place pretty snugly, and can still offer a range of poses.

I geared the figure up with Dutch’s weapons, which I might swap out when I can find a decent machine gun, and plan to finish him off with his cap, which is a WWE Big Show hat trimmed into the right shape presently being cast to share with Poncho and Hawkins.

Mac was one of the easier teammates to make, which makes the fact that NECA will likely be passing on him easier to take.  With no sculpting and only minimal parts swapping, this soldier of fortune is a simple enough project for most Predator fans to tackle on their own, and he’s a welcome addition to the ranks. 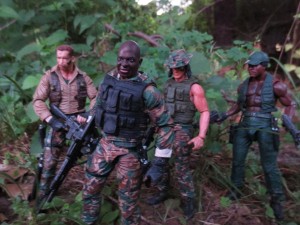 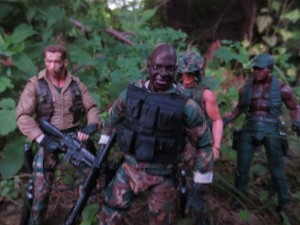 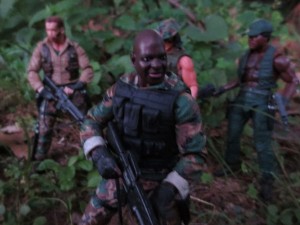 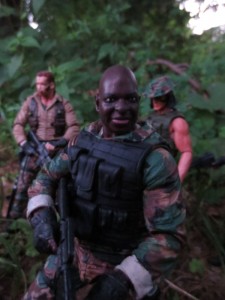 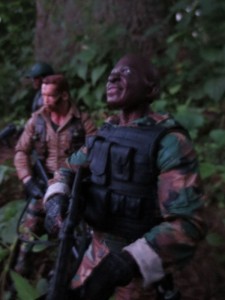 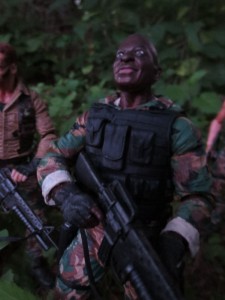 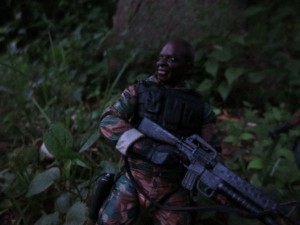 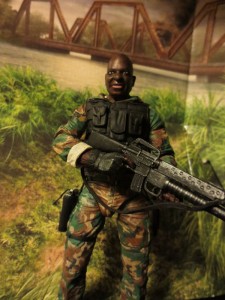 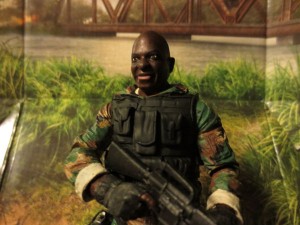 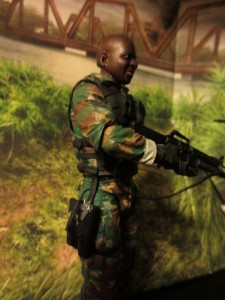 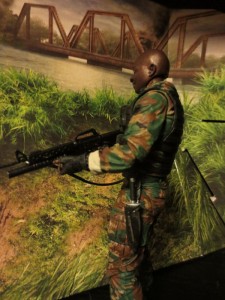 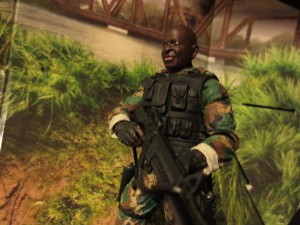 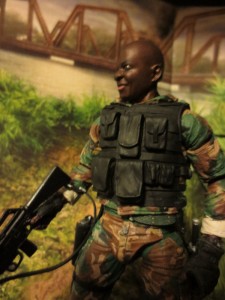 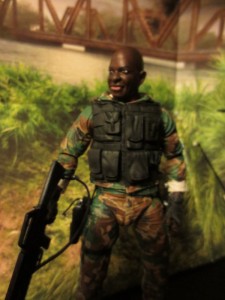 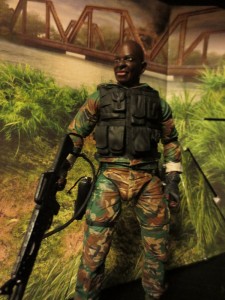