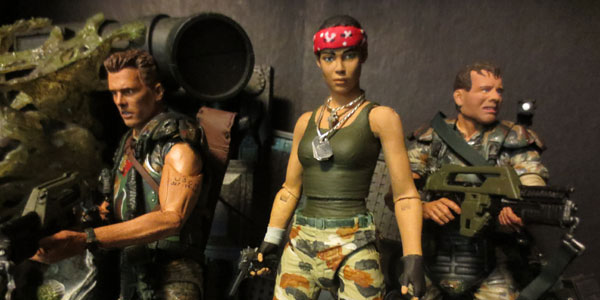 Vasquez will be one character from the Aliens universe we’re unlikely to see NECA make a reality, so I decided to make her myself.

Aliens is one of my all-time favorite movies, and NECA is one of my all-time favorite toy companies, so the fact that they have launched a series of highly detailed, movie accurate Aliens action figures was news I took pretty darn well.  The line seems to be performing well, so we will likely see more Xenomorphs and Colonial Marines in the future… but as is often the case with large cast movies, there are a few actors who don’t offer their likenesses.

Jenette Goldstein, who played mega-badass Private Carmen Vasquez in the film, is one such holdout, but I feel I’d be remiss to have a complete Aliens figure collection without her.  So, I decided to make my own.

My take on Vasquez started as a Portal Chell figure, also from NECA.  Chell and Vasquez share a somewhat similar outfit, so that seemed like a good base.  First off, I got rid of Chell’s boots, swapping a set of Dutch’s lower legs onto Chell’s thighs.  The Dutch legs are a tad big, but the bagginess of Vasquez’ combat pants makes it look okay.  I did have to trim the front of the Dutch knees, so they would fit properly.  I also used the crotch overlay from Dutch for the top of Vasquez’ pants.  Since Chell’s waist is thinner than Arnold’s, I cut the sides of the pants and glued them to fit snugly against her body.  Once they were dry, I went to work on Chell’s head, pulling off the ponytail and trimming the hair off her face with an Xacto knife.  I sanded next, and trimmed and sanded the sports bra under Chell’s shirt as well.

The trickiest part was sculpting Vasquez’ headband and gloves, which were made from Apoxy Sculpt.  The knot in the back of the headband lined up perfectly to cover the hole from Chell’ ponytail–a lucky break– and for the gloves all I needed to sculpt was the upper edge, since Chell’s hands have a cast line at the knuckle, offering the perfect place to make the gloves’ fingers end.

I painted the custom to match the Hicks and Hudson figures NECA released, and I think I did alright, despite Vasquez’ camouflage being much more defined than her fellow jarheads.  As it stands, she fits in quite well, and the scale of the Chell figure works for the other Marines quite nicely.

I’m not done with Vasquez– I fully intend to deck her out with her armor and headset and smart gun… but I have a feeling NECA will be cranking out a figure of Vasquez’ fellow heavy gunner Drake at some point… and if he will have all the same pieces, why reinvent the wheel?  In the meantime, I’m perfectly happy with my late-movie Vasquez, rocking nothing but her handgun and an attitude. 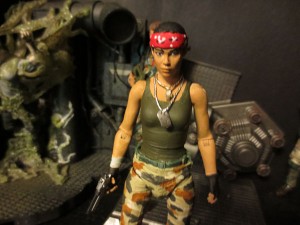 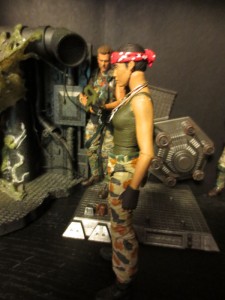 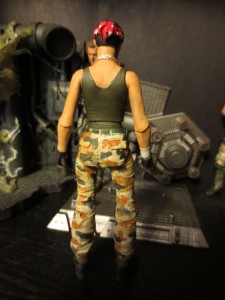 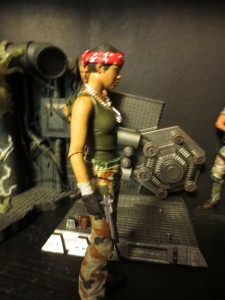 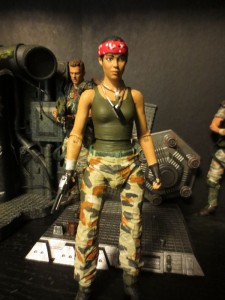 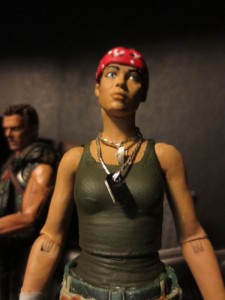 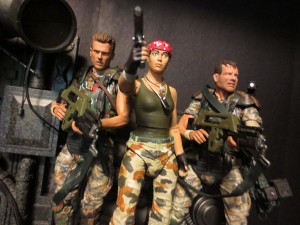 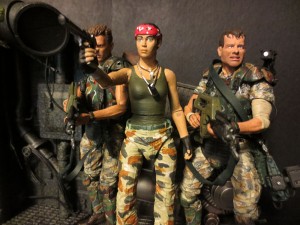 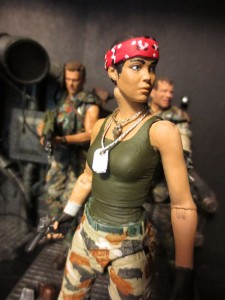 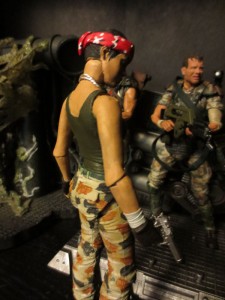 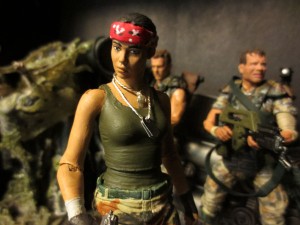 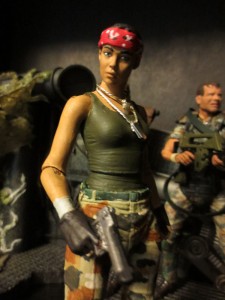 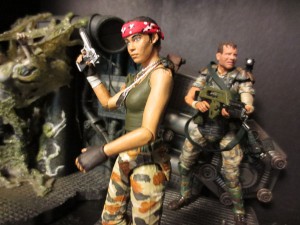 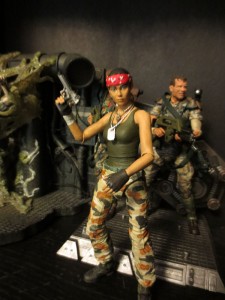 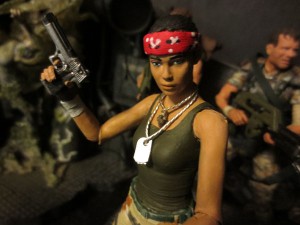 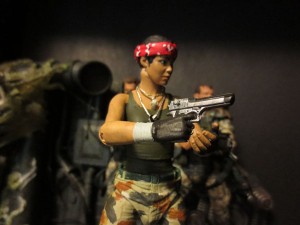 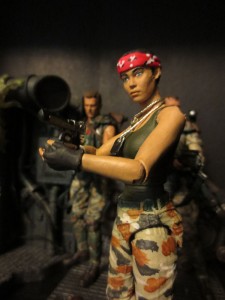 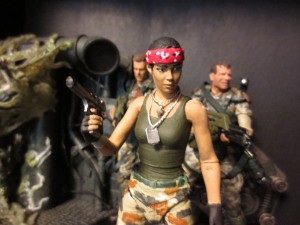 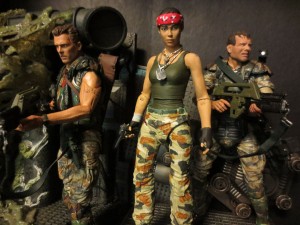 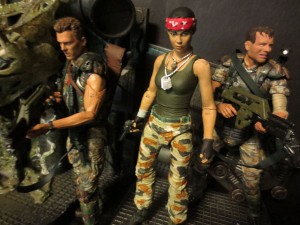 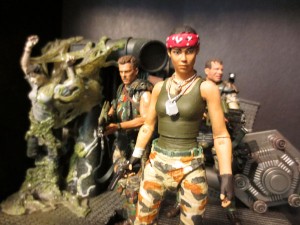 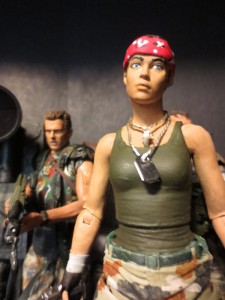 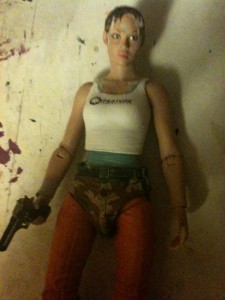 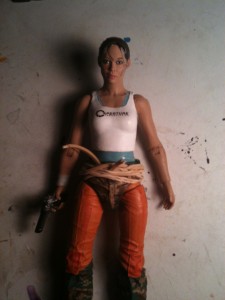 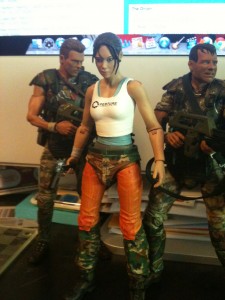