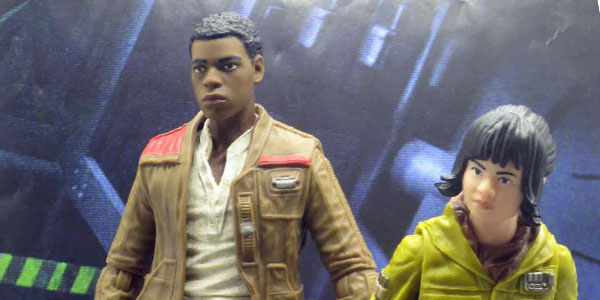 The “Big Deal” of the Resistance is remarkably easy to translate to toy form. Here’s how!

Here’s a conundrum– Finn is a major player in the New Trilogy of Star Wars, and it would be nearly impossible for Hasbro to ignore him in their Black Series lineup for The Last Jedi.  But, due to the misleading status of Finn’s character in The Force Awakens (revealing he wasn’t the new protagonist, but the key supporting hero)– not to mention the gross, casual racism it turns out has been festering in many a Star Wars fans’ Sith-like hearts– his previous Black Series figure underperformed at retail.

So for The Last Jedi, Hasbro made the probably wise decision to release Finn in his First Order disguise. This gave the figure a double appeal– haters and racists alike could buy the figure to use as a generic First Order officer, while we normal people got at least some kind of Finn in our collections.

But I was left wanting for Finn in his Resistance togs, which he spends the majority of The Last Jedi wearing. Thankfully, Hasbro has given us all the parts we need to make this version of Finn by ourselves. I used the improved Last Jedi era John Boyega portrait, and most of the rest of this figure was a simple repaint of the Resistance Poe Dameron released for The Force Awakens line.

To give Finn a bit of individual flair, I swapped out Poe’s upper legs with thighs from Han Solo, which also left him at the perfect height compared to his Resistance allies in toy form. Beyond that, all I needed to do was repaint the figure’s shirt, pants, boots, and skin to match Finn, and voila– a 30 minute custom that matches Hasbro’s Black Series Rose perfectly.

I really do get why Hasbro opted to pass on this version of Finn. It was probably a smart call for the main retail line… though I’m still surprised we didn’t see a repaint this easy as some kind of retailer exclusive or box set. But thankfully, this custom is so simple, literally anyone can make him, regardless of your skill level with a paint brush. 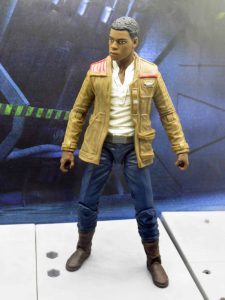 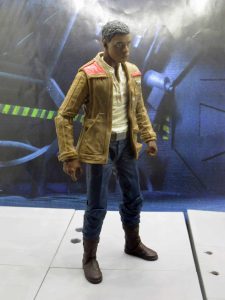 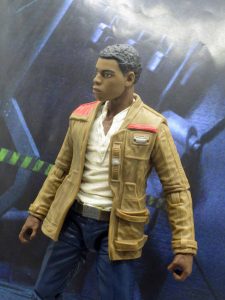 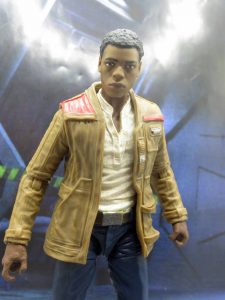 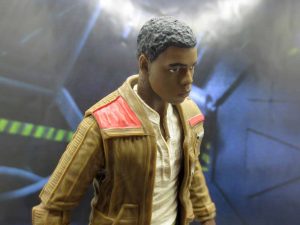 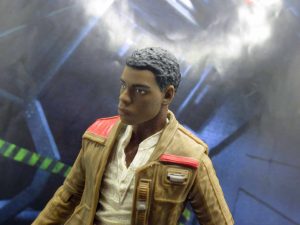 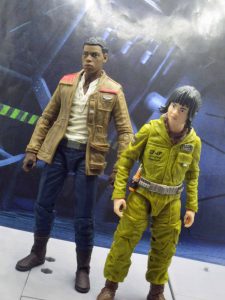 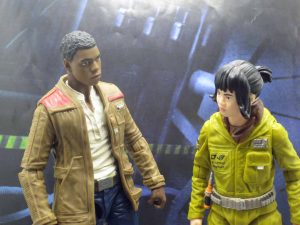 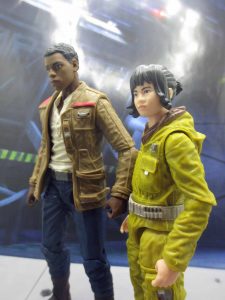 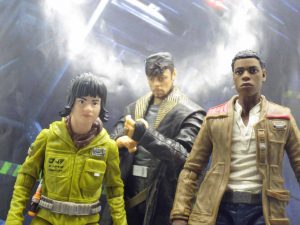 Check back soon, as we continue showcasing more new custom action figures.  If you have a custom you’d like to see featured here, email me–  Your figure may be the next one in the Custom Korner!