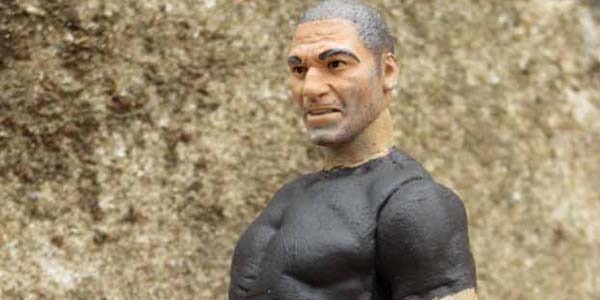 I was a big fan of Shane Walsh, especially on the second season of AMC’s The Walking Dead.  I felt the troubled ex-cop/ survivor/ former best friend of Rick was the most interesting and watchable dude in the early days of the zombie apocalypse.  So even though I wasn’t feeling the Shane action figure McFarlane dropped back in the formative days of their Walking Dead toy line, I picked him up anyway.

See, unlike the modern (good) Walking Dead figures, the first two waves were kind of all over the place– figures had weird proportions and uneven amounts of articulation.  Shane got the short end of the stick, practically a statue… and for some reason he was sculpted in his open blue shirt and cargo pants, a look he sported for less than one half of one episode.

Other early series characters like Daryl and Rick are now getting redos on the new, update figure format, but I don’t think an official Shane version 2.0 is high on the priorities list, so I decided to make my own.  I always felt Shane’s police style tactical look– with his dark t-shirt and combat pants and boots– was his most iconic look on the show.  So that was the style I wanted to go for on this new toy version of the character.

While the headsculpt on McFarlane’s Shane is not at all neutral, it does bare a solid likeness of actor Jon Bernthal.  So I kept the head (and shotgun) but everything else from the original figure had to go.  Thankfully, there are enough similarly scaled McFarlane Toys on the market now that I had a decent pool to pick parts from.

I took the torso and upper arms from an Assassin’s Creed Ratonhnhaké:ton, while the lower arms, lower torso and upper legs all came from The Walking Dead’s Glenn.  The lower legs and hands originally belonged to the comic style Governor, and the belt from NECA’s T-1000, which I had in the parts bin.

The figure was easy enough to assemble– McFarlane’s figures are mostly solid, so if you heat them up under a heat lamp or in boiling water you can pop off pretty much any parts with little threat of breakage. Once I had Shane assembled, I used an Xacto knife to shave the arm band off the bicep (I left the top ring in place as a shirt sleeve), shaved off the necklace, and the shirt sleeves from Glenn’s arms.

I’m not very good at sculpting and try to avoid it when I can, but I did a few things in epoxy for Shane.  I sculpted over his forearms to bulk them up a bit, and also spread a little bit of Epoxy between the muscles on his chest and back, to give the illusion he was wearing a tight shirt and now spandex.

Once that was done, I painted him up– I started with the dark brown shirt, then the belt, then matched the paint of the face to recolor the arms and neck.  The Governor’s boots were perfect as-is, so then I simply repainted the pants, let him dry and sealed him off with some dullcote.

I’m quite happy with the end result– this Shane is fully articulated and has a good sense of scale with the other McFarlane figures.  He’s about as tall as the latest Rick, but stockier, as Bernthal was on the show.  While I’d still love to see McFarlane take another crack at Shane in his most iconic look, I feel this custom will work as a perfectly acceptable stand-in until that day comes. 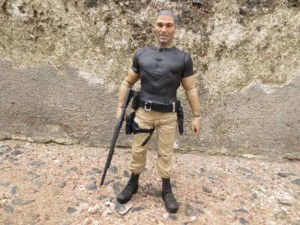 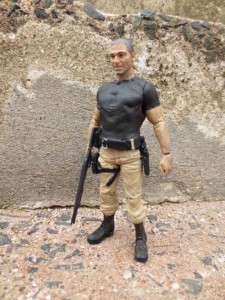 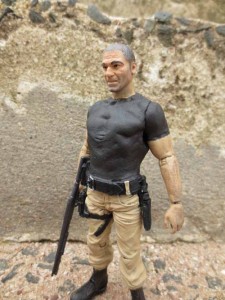 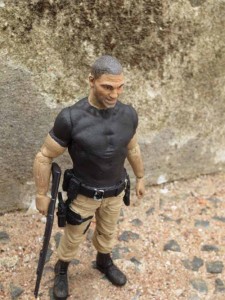 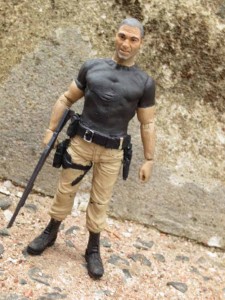 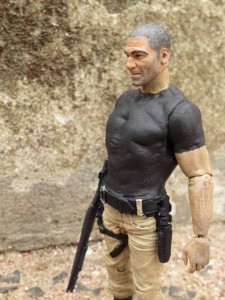 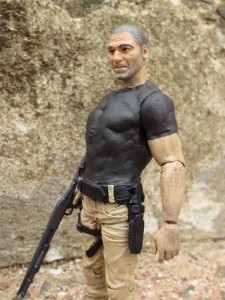 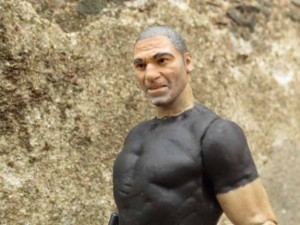 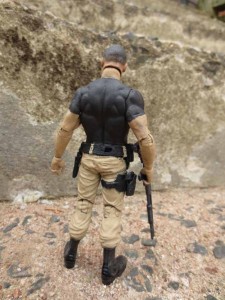 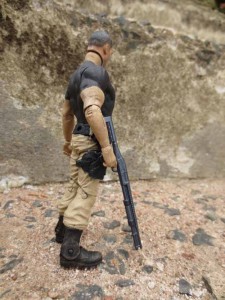 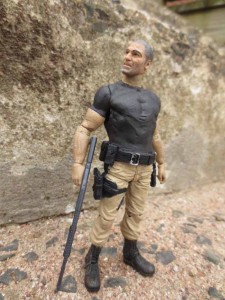 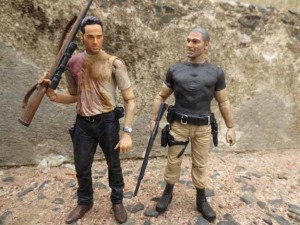 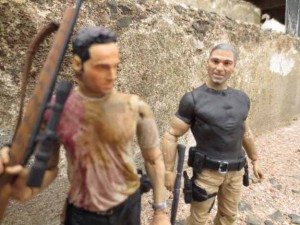 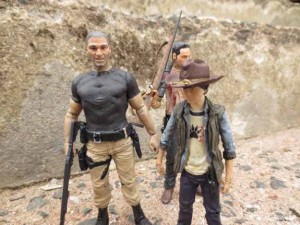 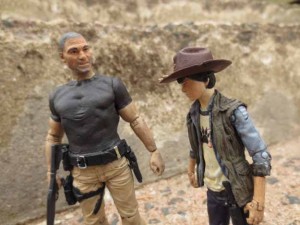 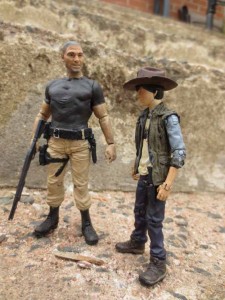 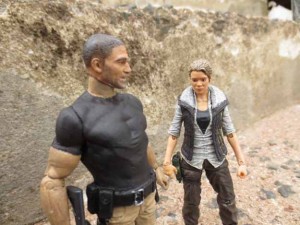 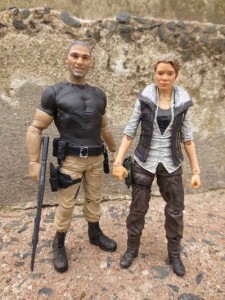 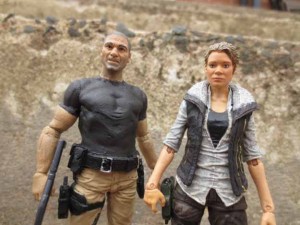 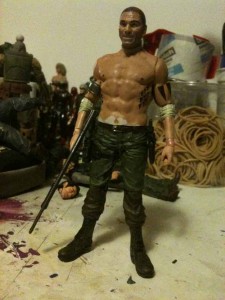 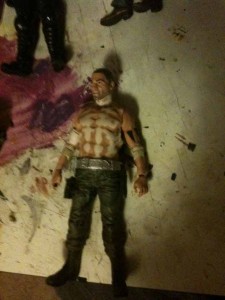 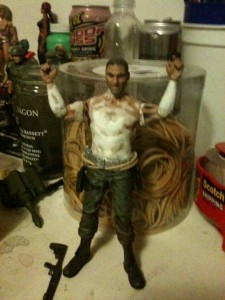 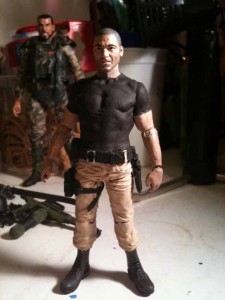