Custom Korner: Ron Greene Pumps Out the Doomsday We All Wanted! 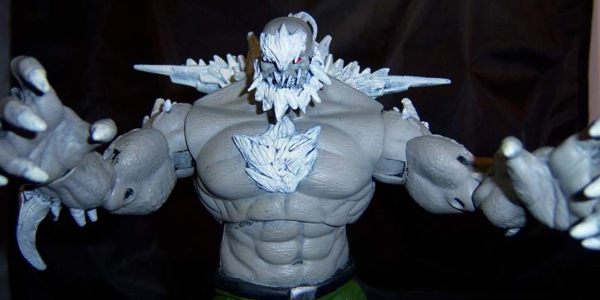 For years fans have been begging and pleading Mattel to give us a Doomsday worthy of the epic battle we saw in the comics. Customizer Ron Greene was up to the task of delivering that version of the villain we all wanted.

When he was released in 6in scale for the DC Super Heroes line we saw a great sculpt but not the scale we had hoped for.  Then we had the subscription to DC Infinite Earths where we (the consumer) were told based on a tier of subscriptions where the fate of the Doomsday we all wanted would come. Well the deadline came and went and like that we saw the end of six inch Four Horsemen styled DC Figures.  They are releasing a containment suit version in limited quantities for SDCC this year, but the people want the unleashed version.

Enter the Amazing Spider-Man Infinite Series and their build a figure of the Ultimate Goblin. When I saw this figure I immediately said to my friend, “THAT’S DOOMSDAY!”  Then my quest to find a customizer who wanted to take on the project was underway.  I spoke to many customizers and Ron Greene answered the call with experience, reputation, and confidence that this would work.

He used the Ultimate Green Goblin parts and even used the DCSH Doomsday I provided as well to create in my opinion a master piece in action figure form.  The joints are all painted to perfection. Ron’s sculpting ability is on point as well. The detail used on the head alone is awe inspiring as you look into the red eyes of this unstoppable alien foe! You can also see the bone spurs from the DCSH fig and how they were incorporated into the arms, legs, and back.

Ron is always taking commissions and as you can see you will defiantly NOT be disappointed in his work.  So if you are on Facebook go ahead and send him a message and see what you can work out. Not only is Ron talented he is cool to chat with as well. 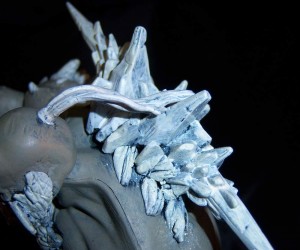 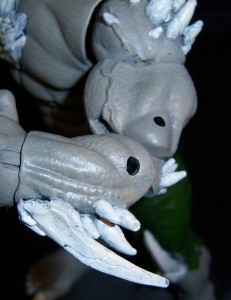 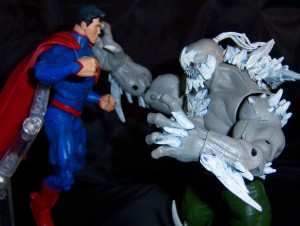 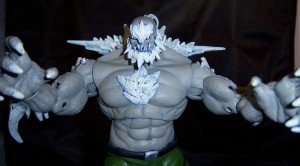 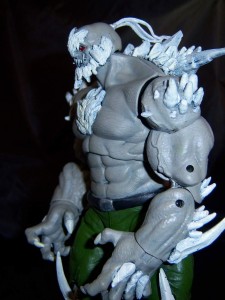 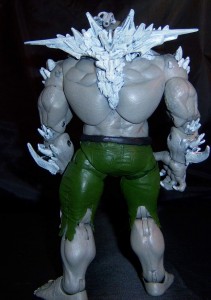 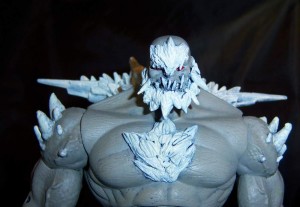 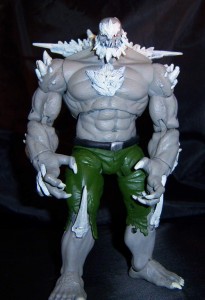 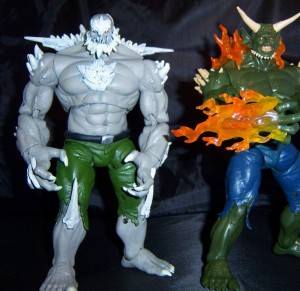 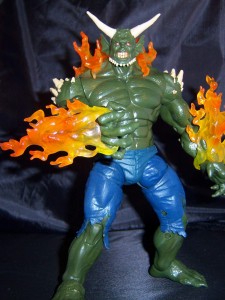 Check back soon, as we continue showcasing some new and old custom figures.  If you have a custom figure you’d like to see featured here, email Bill–  Your figure may be the next one featured on Custom Korner!