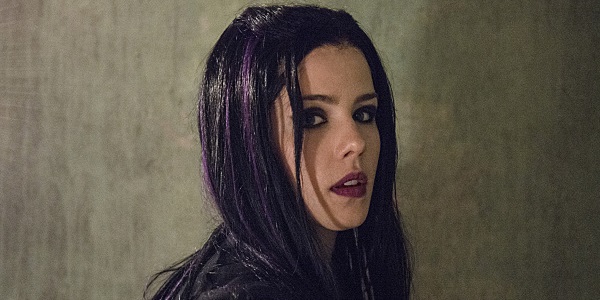 …along with some shots of Felicity during her “Goth phase.”

There’s no doubt that Emily Bett Rickards has double-clicked her way in to Arrow fans’ hearts as the tech savvy moral compass of Team Arrow Felicity Smoak, which is surprising considering that very little has been revealed about her past.

Well, the fifth episode of Arrow’s third season is set to change all that with a title like “The Secret Origin of Felicity Smoak.” which was previously called “Oracle”, but was changed before the season even aired.  The episode also features the NYPD Blue and Days of Our Lives veteran actress Charlotte Ross as Felicity’s mother.  Back in August, Marc Guggenheim told Entertainment Weekly about the episode,

We’ve established in the past that mom is a cocktail waitress in Vegas.  She and Felicity are two very different people.  Episode 5, which is when Felicity’s mom comes to town, really deals with the differences between these two women and how much of their relationship is a struggle as a result.  It’s a real challenge for these two people to find some common ground.”

When asked about whether or not any information would be revealed regarding Felicity’s father in the upcoming episode he had this to say,

The mystery of who Felicity’s dad is probably gets extended more than it gets answered,”

Fans have speculated about the identity of Felicity’s father since her character first came on to the show pointing at recurring characters like Anthony Ivo and even Edward Fyers, but it’s likely that Mr. Smoak has yet to make an appearance in form or function just yet.

In the meantime, check out some of these shots from GreenArrowTV.com of Rickards fully Gothed out, and some of Ross as Donna Smoak. 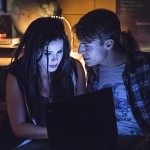 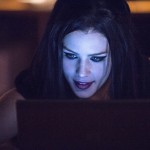 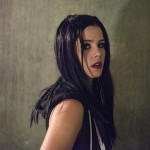 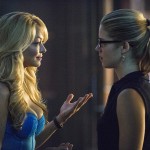 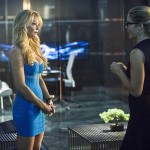 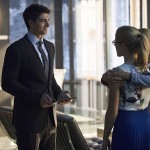 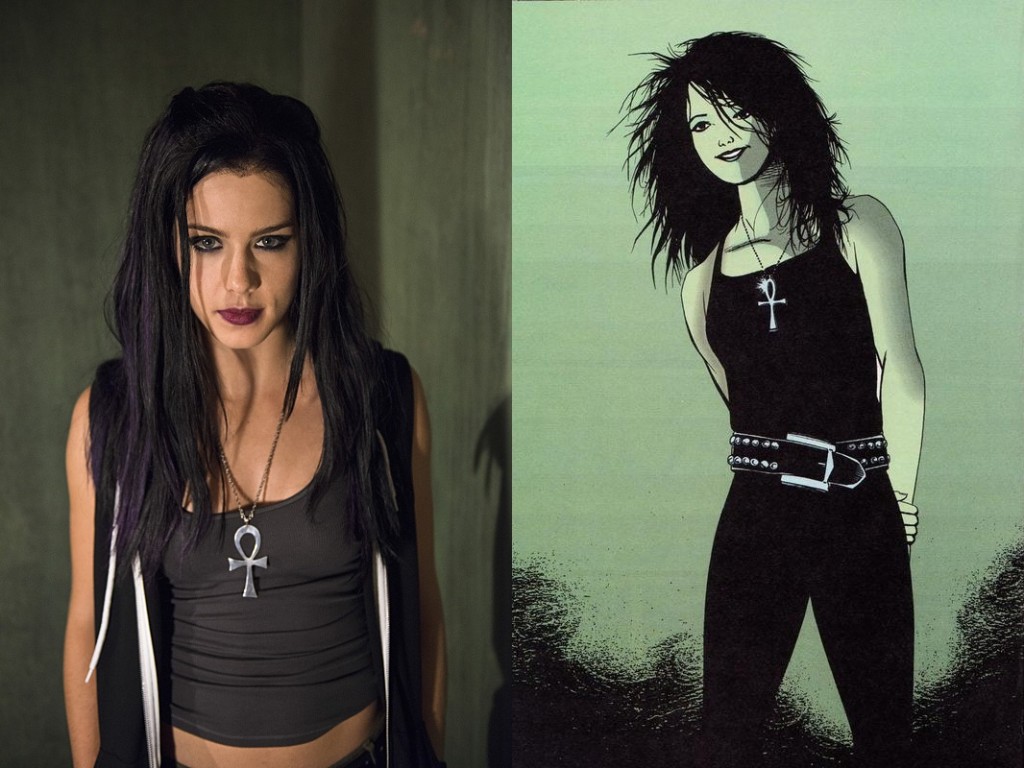 A goth teen who loves Sandman? Surely you jest!

(Though to be fair, this isn’t a completely left-field allusion; seeing as the events of Neil Gaiman’s now classic seven year epic (89-96) Sandman and the events of Quiver, the 2001 ten issue miniseries written by Kevin Smith, surprisingly *do* coincide.)

Regardless, all fans (Sandman, Green Arrow, and Arrow fans as a whole) will still have to tune in to get the full story of “The Secret Origin of Felicity Smoak” this Wednesday, November 5th at 8/7c only on the CW.

To see all twenty-four of the new pictures of “The Secret Origin of Felicity Smoak” head over to GreenArrowTV.com.