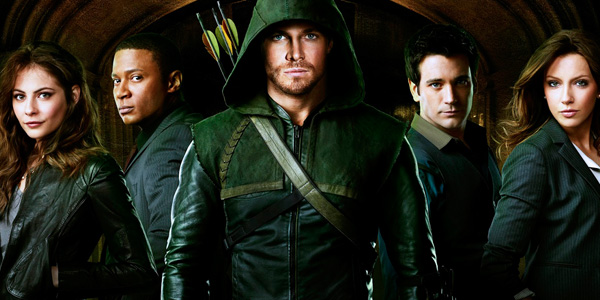 Available today from Warner Home video is the complete first season of Arrow. Full of extras and extended episodes.

After 10 years of Smallville many DC were wary of trusting the CW with a another comic book show, but Arrow has done an amazing job bringing fans back.

The first season takes the mythology of the Green Arrow and changes it slightly to build a whole new world for the Emerald Archer. In this version Oliver is not orphaned, he only loses his father. His mother and sister are still alive and well in Starling City. These tweaks, renaming his home city and his family, seemed at first to make fanboys crazy but they ended up working. It gave the creators a much richer character and world to work in the show. In this first season Oliver returns to his home city after being trapped on an island for 5 years. In that time he has learned some new skills and as the season progresses we learn he also made some friends and enemies. The show follows a similar format to Lost and Once Upon a Time in that the events of the present bring back memories of his time on the island. 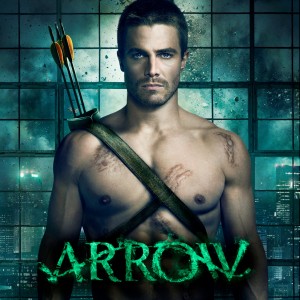 New characters were also introduced like John Diggle and Tommy Merlin, Oliver’s body guard and best friend respectively. Both add to the world and make Oliver a much more complex hero. Oliver is not yet the Green Arrow though, he is only known in season one as the Hood, a vigilante who is hunted by both the criminals and police. The creators also have filled the show with references to a much larger DC universe. Characters like the Huntress and Deadshot are in the show, and Ted Kord and the Markov family are mentioned. Hopefully they will continue to expand this world, and not section it off like they did on Smallville.

The DVD/ Blu-ray set includes 9 discs(4 Blu-ray & 5 DVDs) that include all 23 episodes of season one with a few extended episodes for new viewers and something new for the fans who watched it live on the CW. Included also with the discs is an Ultra Violet version of the season for download.

There are also some fun extras on the last disc of each set.The actors and creators discuss the fun and difficulties of bringing a comic book hero to TV without making it look too cartoony in the featurette “Arrow Comes Alive”. The special effects and stunt crew for the show go through the process of creating all the action on the show in Arrow: Fight School/ Stunt School. They show off their skills and their commitment to making it as real as they can, because at the end of the Oliver is still just human. Also included in the set is the cast of Arrow and creative team at a Paleyfest event hosted by comic writer Geoff Johns. Finally there is a gag reel showing off some of the goofier sides to the crew of this action adventure show.

This set gives fans a everything they need to catch up or get hooked on before the next season, which starts on October 9th. You can find this set at your local retailers today or use the Amazon banner link to the right to get your copy of Arrow Season 1.